Barclays PLC's new boss promised to move quickly and boldly to reform the scandal-hit bank, signalling possible retrenchment in investment banking as he sets out to reform a culture regulators have criticized as too aggressive.

Chief executive officer Antony Jenkins, appointed 11 days ago to restore the reputation of Britain's fourth-largest bank after a series of scandals, faces a delicate balancing act in reassuring investment bankers who deliver more than half of Barclays' profits, while rebalancing the group's operations.

He said investment banking had a central place within the group but added that he would scrap or shrink activities that consume a lot of capital, are too risky or could cause reputational damage.

"I absolutely believe that a premier investment banking franchise will be a part of it [the bank]," Mr. Jenkins told analysts on a conference call, providing the strongest clues yet on how he will shape Barclays.

But he pledged to change areas of the bank that are inefficient or underperform and to "move quickly and be bold."

"How can we best use our capital, how can we allocate it to areas that are going to deliver the sustainable return with the reputational credibility that we're seeking to deliver?" he asked.

Banks across the board face tough decisions because new regulations are forcing them to stock up more capital to cover riskier trading activities or to hold derivatives contracts, making some investment banking lines unprofitable.

Mr. Jenkins refused to offer details on his plans, saying he would elaborate early next year after he conducts a review of each area based on capital consumed, return generated, their costs, and the pay structure and level.

He has already scrapped a target of a return on equity of 13 per cent, opting only to deliver a return above the bank's cost of equity of around 11.5 per cent, and show how that can be sustained.

With rivals also shrinking their investment banks, analysts said a key issue is how aggressively Mr. Jenkins pares back an investment bank that generates more than half the bank's profit.

"I would expect to see a gradual de-emphasis of the investment bank and a reallocation of capital elsewhere," said analyst Gary Greenwood at brokerage Shore Capital.

Mr. Jenkins, 51, is aiming to stabilize the bank and work with investors, politicians and regulators, who often bristled at the brash approach of his predecessor Bob Diamond.

"It's clear we have made some serious mistakes in the last few years and failed to keep pace with our stakeholders' expectations. But we have a tremendous opportunity to change Barclays," Mr. Jenkins said.

He said the bank would be "balanced, less risky and more predictable" under his leadership, but warned not to expect dramatic change. "You should not expect me to announce the breakup of the bank or the exit from whole business lines," he said.

"There is a lot of work to be done to reposition the group. Our view is it will take a number of years to accomplish that, probably two to three years to fully execute the plan."

Other parts of the bank under scrutiny include its loss-making European retail and business banking operations in Spain, Portugal, Italy and France. Attempts in the past year to sell some parts failed to find any interest and some analysts expect the businesses to be run down.

Also high on Mr. Jenkins' to-do list is how far to overhaul the senior management team at the bank, which was rocked by a record fine of more than $450-million in June for rigging interest rates and is being investigated over a fund raising.

The rate-rigging probe unearthed long-standing concerns by Britain's financial regulator about the culture under Mr. Diamond and chairman Marcus Agius, both of whom resigned as a result of the scandal.

Chris Lucas, finance director since 2007, is most under pressure after the regulator's criticism. He was also named as one of four people being investigated by the regulator over a fund raising from Qatari investors four years ago.

"Given the change of culture that Mr. Jenkins is required to drive, a senior management shakeup is highly likely. My feeling on timing is that people will want to see some signs of things happening before the year is out," said one of the 25 largest shareholders in the bank.

Barclays declined to comment. Shortly after his appointment, Mr. Jenkins voiced support for Mr. Lucas and the management team.

Mr. Jenkins also needs to fill his previous position as retail and business banking boss, which he is expected to do in the next month, and decide whether to fill a vacant chief operating officer role. 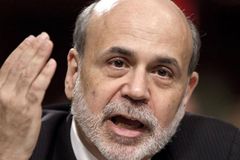 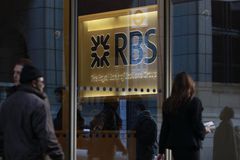 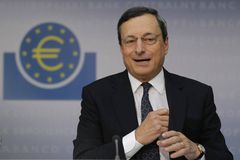 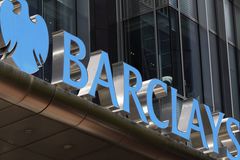 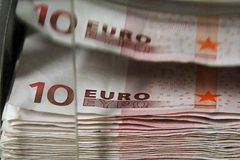