There was a time when British elections didn't matter much outside of Britain, beyond their amusement factor. This one is different. The outcome of the May 7 election, which kicked off this week with the usual mud slinging and scare mongering, could reshape the entire European Union. That's because David Cameron's Conservatives have promised a referendum on EU membership in 2017 if they win. The EU shorn of its second-biggest economy – Britain recently surpassed France for the No. 2 spot – is a distinct possibility.

Just as the popularity polls are pretty much evenly divided on who will win – the Conservatives or Ed Miliband's Labour Party – so too are the opinions on whether Britain is better off within or without the EU. For the most part, the big companies and the financial services industry want Britain to stay put, even if most of their CEOs would sooner donate their private jets to orphanages than vote for Labour.

But many others, including the disciples of the UK Independence Party (UKIP) and the thriving Euroskeptic arm of Mr. Cameron's Tories, think the raw expense of EU membership and the regulations thrust upon Britain by the mad gnomes in Brussels are crimes against Britain's purse and sovereignty. They think Britain could negotiate trade deals that would allow it to remain inside the single market without having to kowtow to a bureaucracy obsessed with the curvature of bananas and other regulatory absurdities. Negotiating a NAFTA-style deal with the continent is held out as a viable option.

Were it only so simple. Leaving the EU would in no way make Britain immune from EU regulations. That's because the EU has emerged as a regulatory superpower. If you want to do business with the EU, you have to meet its standards and regulations even if your company is on the other side of the planet. Even the mighty United States has been incapable of bypassing the EU's formidable regulatory power.

That much became apparent way back in 2001 when the blockbuster merger of General Electric and Honeywell International was killed by the EU's competition commissioner Mario Monti (who would later become Italy's prime minister). To him, it didn't matter that GE and Honeywell were American companies or that the deal had passed U.S. antitrust muster; what mattered was the deal was so big that it would damage competition in the EU. It became legally impossible to allow the merger to go ahead without approval from the EU, which was, and remains, the world's biggest market.

Anu Bradford, director of the European Legal Studies Center at Columbia University and author of a 2012 study about the EU's regulatory clout called "The Brussels Effect," thinks a British exit ("Brexit") from the EU would be counterproductive. "The U.K. is simply too small a market," she said in an interview. "The U.K. companies cannot carve out the EU from their business. That means they will have to meet the EU standards and the EU standards are coming to dictate the global standards."

She compares the EU to the "California effect." California is the biggest market in the United States and comes with the strictest consumer and environmental regulations (California has, for instance, the most demanding fuel economy standards for cars and labelling requirements for consumer products). If any company anywhere wants to sell in California, that company has to meet its standards. Since it makes little sense for a company to create one product for California, and a slightly inferior version of the same product for the rest of the country, the California standard tends to win. Instead of a race to the bottom, it's a race to the top.

The EU is similar, much to the distress of some big non-EU companies that argue that unelected civil servants in Brussels should have no right to block deals (like the GE-Honeywell merger) or use a regulatory hurdle to ensure that a non-EU product cannot find its way onto the shelves within the EU. It is thinly disguised protectionism, they charge. The counterargument is that the EU is not intent on regulatory overreach or regulatory imperialism. Instead it is trying to protect is citizens from excessive corporate power and products that could harm its users.

The EU probably has the toughest standards on the planet for everything from food safety and air quality to privacy protection and energy efficiency. As Ms. Bradford notes, the air conditioners bought in the United States were designed to meet EU standards, not American ones. Russia may have to overhaul its entire natural gas export policy because the EU wants an open gas market. It might not tolerate companies, like Russian energy giant Gazprom, that both produce the gas and distribute it through wholly owned pipelines.

Which brings us back to Britain and a potential Brexit. UKIP leader Nigel Farage will bang on relentlessly about the meddling and sovereignty-robbing army of bureaucrats in Brussels. The Euroskeptics within the Conservative Party will do the same. They think the cost of EU membership borne by Britain, about €14-billion ($19-billion) a year, would buy a lot of hospitals, nuclear submarines and negotiators who could hammer out free-trade deals.

What they don't say is that Britain would still have to meet the EU's regulatory standards even if it chose to bolt from the EU. If it stays, it would, as the region's second-biggest power and most economically liberal force, play a huge role in shaping those rules. For Britain, floating alone off the coast of the world's biggest market would make it a dinghy, not a battleship. 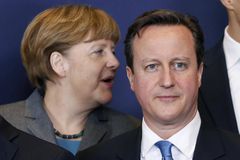 Politics, not economics, will decide whether Greece leaves the EU
March 13, 2015 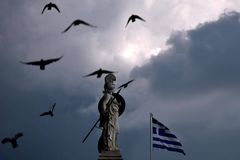