The British government has launched a controversial effort to push businesses into becoming more diverse by encouraging them to delve deeper into the backgrounds of their employees and job applicants.

The government has drafted a list of questions employers should ask current and prospective employees, such as where they went to high school, what postal code they lived in as a child, how much money their parents earned and whether they had access to the Internet at home while growing up. The questions won't be mandatory, but the government plans to begin using them for civil service jobs and is urging major companies to adopt them.

The government released a dozen proposed questions for comment last month and hopes to have a final list in place later this year.

The effort strikes at the heart of the British class system and the feeling among many that only those from privileged backgrounds can get ahead. Figures show that an overwhelming number of the top positions in many professions are held by the graduates of elite schools and universities. According to a survey by The Sutton Trust, a think tank focused on education, only 7 per cent of the population attends "independent schools," such as Eton, Rugby and Winchester, which charge up to $65,000 annually. However, graduates from these schools make up half of the cabinet, 74 per cent of judiciary, 71 per cent of the top military brass, 61 per cent of senior doctors and 34 per cent of corporate executives.

"You've got that stratification of British society," said Conor Ryan, director of research at Sutton Trust. "We're missing out on a lot of talent because the people who get those top jobs come from such a narrow group in society. It's important that those who have talent from all parts of society get the chance to move on and get the chance to succeed."

There are questions about the Conservative government's commitment to the issue, given that Prime Minister David Cameron comes from a wealthy family and attended Eton and Oxford. Other leading figures in the government such as Boris Johnson, Theresa May and George Osborne also attended independent schools and Oxford. The cabinet minister developing the socio-economic measures, Matt Hancock, went to Oxford and Cambridge.

Mr. Hancock says he is determined to make workplaces more diverse and he has cited the work of a government task force which said failing to improve low levels of social mobility will cost the British economy up to £140-billion ($262-billion) a year by 2050.

"We are tackling the last workplace taboo," Mr. Hancock said in a statement. "We British don't always like to discuss things like our parents' background, particularly at work. But you can't manage what you can't measure."

Several companies including Deloitte, wireless provider O2, Barclays and Grant Thornton have worked with the government on developing the questions. Some like, Deloitte, have gone further and introduced "school and university blind interviews," where those interviewing candidates for a job don't have access to information on where the applicant was educated.

There has been a backlash from some who argue the government has gone too far. The provost of Eton plans to resign from the Conservative Party, saying the measures mean hiring will no longer be based on merit but on social engineering. On Sunday, a group of top officials from Eton and other independent schools wrote an open letter in the Times newspaper saying they provide outstanding education, offer extensive financial aid and that discriminating against these students is not the right approach.

"I am sick of journalists writing as if all independent schools were the same: bastions of privilege that gave the rich and thick an unfair advantage," added John Claughton, chief master of King Edward's School in Birmingham, on a blog post. 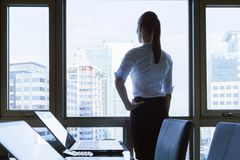 Companies need to provide transition help to internal hires, too
May 16, 2018 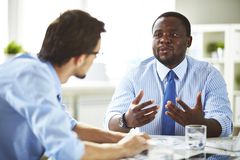 Doors still hard to pry open for moms re-entering the work force
May 16, 2018