British Prime Minister Theresa May has expressed bitter disappointment at the U.S. government's decision to slap hefty duties on Bombardier's C Series jets, a move that threatens thousands of jobs in Northern Ireland.

"Bitterly disappointed by initial Bombardier ruling," Ms. May's office said in a brief statement posted on Twitter Wednesday morning. "The government will continue to work with the company to protect vital jobs for Northern Ireland."

How NAFTA's Chapter 19 could save Bombardier

The decision by the U.S. Department of Commerce to back Boeing Co. and put countervailing duties of nearly 220 per cent on imports of C Series jets will have sweeping ramifications for Northern Ireland where Bombardier is a major employer. The Montreal-based company accounts for roughly 4,200 direct jobs, mainly in Belfast, and another 9,000 indirect positions across the province.

The U.S. decision won't take effect until Bombardier begins delivering C Series jets to the United States, but Tuesday's preliminary ruling has sparked concern in Northern Ireland and across the border in Ireland, where many Bombardier workers live.

Most of the Belfast operation involves making wings for the C Series and the plant is becoming more and more dependent on the aircraft. "The reality is that for us, in three-year's time, the C Series stands to be 60 per cent of the work in Northern Ireland for Bombardier," said Davy Thompson a regional co-ordinator in Belfast for United, a labour union that represents some of the Bombardier workers. "So really if the program was slowed, or they don't pick up orders because of any penalties, that would give a serious concern for the future."

Mr. Thompson added that Northern Ireland has already been hit hard by cutbacks at Bombardier. Roughly 1,000 jobs have been lost at the company's four plants in the last two years because of restructuring. Just last week another 95 jobs were cut in Belfast. "So anything that impacts on the future of C Series could have serious long-term damage for the Belfast site," he said.

"It's devastating news," added Ross Murdock a national officer with the GMB, another union that represents Bombardier workers. Mr. Murdock said he expects the appeal process to drag out for months but "all the while the workers in Northern Ireland will be absolutely beside themselves with worry about the future." He called on Ms. May to use Britain's influence with Boeing to put pressure on the company. Britain has ordered 50 Apache attack helicopters and is considering further purchases of military planes.

On Wednesday, Britain's Defence Secretary Sir Michael Fallon said the dispute could jeopardize those contracts. "This is not the behaviour we expect from Boeing and it could indeed jeopardize our future relationship with them," Sir Michael told reporters in Belfast.

"Boeing has significant defence contracts with us and still expects to win further contracts. Boeing wants and we want a long-term partnership but that has to be two-way."

Business Secretary Greg Clark told Sky TV that the British government had been working closely with Canadian officials to have the ruling overturned by the U.S. International Trade Commission.

"What needs to happen now by the trade commission is that they look to see whether there has been any detriment to Boeing," he said. "There hasn't been because this aircraft does not compete with Boeing so we're confident that we will be able to demonstrate that and have this case dismissed."

The Boeing dispute also comes at a time of political uncertainty in Northern Ireland and the U.K. The province has been without a government since January after a power-sharing deal collapsed between the two main parties; the Democratic Unionists and Sinn Fein. An election last March failed to break the impasse and several labour and business groups, including executives from Bombardier, have expressed frustration at the lack of a First Minister to advocate for Northern Ireland. "This announcement comes at a time where we have no government and no one able to fight on behalf of the workers of Bombardier directly with the U.S. government or indeed their representation here in Northern Ireland," said Mr. Kelly of the manufacturing group.

Ms. May is also in a weak position politically. Her Conservatives failed to win a majority in the election in June and she only managed to cobble together a minority government with support from the DUP, which won 10 seats at Westminster. While the arrangement has kept Ms. May in power, her leadership has been tenuous and the DUP's popularity has suffered because of its connection to a scandal involving a botched alternative energy program in Northern Ireland. The Bombardier dispute will only add to the pressure for Ms. May and DUP leader Arlene Foster to deliver on their support agreement.

On Wednesday, Ms. Foster said the U.S. trade process isn't over and she called on governments to work together to fight the decision. "The C Series is a hugely innovative aircraft that is vital to Bombardier's operations in Belfast. It is this innovation that sets the C Series apart and it is not in direct competition with Boeing," she said in a statement. "It is important that representations continue between government and the administrations in Canada and the U.S. as well as with the two companies. There has been recognition in London of how important the success of C Series is to Northern Ireland and I would urge efforts from ministers to continue."

Also looming over the dispute is Britain's withdrawal from the European Union. Brexit backers have argued that once Britain is out of the EU, the U.K. will be able to negotiate free-trade deals with other countries, especially the U.S. However, Brexit is not popular in Northern Ireland which voted to remain in the EU during last year's referendum on Britain's membership in the EU. There are concerns that Brexit will damage the Northern Irish economy if it results in border controls between the province and Ireland.

Mr. Kelly said the Boeing-Bombardier dispute illustrates the challenges facing Britain if it strikes a deal with the U.S. post Brexit.

"What we could be witnessing is the fundamental difference between being a fully-fledged member of an internal market and a junior partner in a free-trade agreement," he said. "This does not bode well for the U.K.'s plan to be a leader in global free trade nor indeed ambitions of a free-trade agreement with EU which cannot match the benefit we currently enjoy as part of the EU's single market. The implications from this ruling could be severely felt by Northern Ireland firms looking to access not only U.S., but in the future the EU single market." 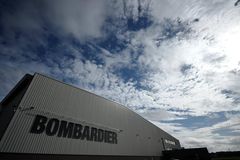 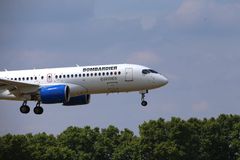 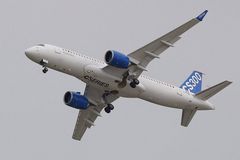