Lord John Browne, the former CEO of British oil giant BP, thinks Britain is on the verge of a shale-gas revolution, one with the potential to bring down energy prices, create scads of industrial jobs and reduce the country's carbon output. He might be wrong, and if he is, Britain, and the other parts of Europe that are sitting on vast amounts of shale gas, face a transAtlantic energy war they are bound to lose.

Europe is already losing: Its (waning) debt crisis is on the verge of evolving into an energy crisis as U.S. and Canadian natural gas prices plummet, thanks to the Wild West-style shale gas bonanza. While gas prices vary considerably, American gas generally trades for $3 to $4 (U.S.) per thousand cubic feet. In Britain, the price is two or three times higher and higher still on some parts of the continent.

Mr. Browne, who turned BP into a super-major before resigning in 2007, is such a believer in shale gas that he became a managing partner of Riverstone Holdings, a U.S. private equity firm that has raised $26-billion to invest in all manner of energy. One of its holdings is Cuadrilla Resources, the British oil and gas company that is trying to make shale drilling socially acceptable and commercially viable in Britain.

With anti-shale protests erupting here and there, that will be no easy task. Still, Mr. Browne thinks shale's development in Britain is inevitable. "There is a very good probability that we have a large source of unconventional gas onshore," he said in an interview in Riverstone's London office this week. "I think it can be developed safely. The advantages to the U.K. are significant … I think it's unwise to neglect resources that you've got."

Shale gas in Britain and elsewhere in Europe, notably in France, has the potential to turn the continent into an energy superpower. Britain's gas resources are so vast that the numbers defy comprehension.

A June report by the British Geological Society suggested that the shale-gas reserves are exponentially greater than the old back-of-the-envelope estimates. The north of England is estimated to hold 1,300 trillion cubic feet of gas. And that's just one region. Extracting just 10 per cent of that gas would keep the lights on in Britain for 25 years, according to Peter Styles, an environmental geophysics professor at Keele University. No wonder Prime Minister David Cameron has thrown his weight behind the resources' development.

There is no doubt that industry in Britain and in continental Europe will suffer as North American gas prices plummet. European manufacturers with global operations, such as German chemicals company BASF, are bulking up in the United States because the energy price differential is irresistible. In a September interview with the Financial Times, Johannes Teyssen, CEO of Eon, Germany's biggest utility, said the U.S. advantage is "getting so big that we cannot allow it to continue."

But by his own admission, the transatlantic price spread will not narrow soon. Shale gas (and shale oil) production in the United States is surging, to the point the country is being called the next Saudi Arabia. Between 2007 and 2012, the producer price index for U.S. gas fell 57 per cent and production rose 25 per cent. The U.S. gas glut could soon turn the country into a liquefied natural gas exporter, an unthinkable scenario only a decade ago.

The United States has two crucial shale gas advantages over Europe.The first is that Americans own the mineral rights on the land they own, right down to the centre of the Earth. That gives them an enormous financial incentive to lease their land to the drilling companies, or nail down royalty payments from the gas production. Some families earn tens of thousands of dollars a month from the shale gas companies.

In most European countries, including Britain, the mineral rights do not belong to the landowner. To make gas production attractive, the drillers in Britain are offering to pay £100,000 ($165,000 Canadian) to local communities, plus 1 per cent of the production revenues. But that's not going to make the individual landowners rich.

The second is space, and lots of it. By European standards, the U.S. Midwest, where most of the shale gas drilling is being done, is as empty as the moon. Not so in Europe, where the NIMBY – not in my backyard – syndrome is a powerful deterrent, because almost every scrap of land is someone's backyard.

Energy prices are rising throughout Europe. In Germany, prices are becoming outrageous as the government phases out nuclear power and spends fortunes of taxpayers' money on green energy subsidies. Contrary to popular belief, Germany is de-industrializing along with the rest of Europe. Europe needs a shale revolution to compete, but faces a slow-motion evolution that will keep the de-industrialization trend intact. Bet, instead, on rebounding North American manufacturing. 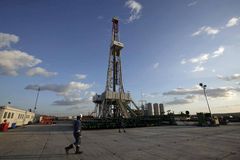 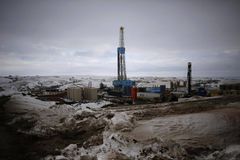 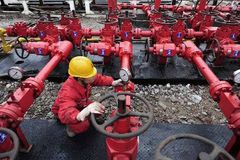 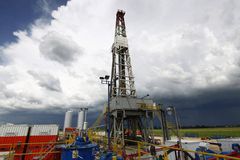 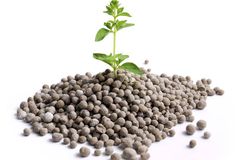