With the frenzied Brexit referendum campaign counting down its final hours, Canadian businesses with operations in Europe are bracing for the results.

While Canada's trade exposure to Britain is lower than it was in earlier decades, about 3 per cent of our exports still go there – making it this country's third-most important market.

"At $25-billion a year, the bilateral two-way merchandise trade relationship is nothing to sneeze at," National Bank Financial managing director Warren Lovely said. And anything that could destabilize a key financial centre like London "could have knock-on effects across the globe," he added.

While late polling suggests the "Remain" campaign will likely come out on top, executives in Canada are considering what a "Leave" vote might mean for their companies.

CGI Group Inc., the Montreal-based information technology and business consultancy that employs about 5,500 people in Britain, says a key issue is recruiting people with specialized skills. It is easier to accomplish this if Britain is part of the European Union. "CGI recognizes that the referendum is a matter for the British people. But in our view it is clear that the economic case and the need for stability to support ongoing investment are vital considerations," spokesman Lorne Gorber said. "CGI believes that the U.K. remaining a member of the EU would be best, as we believe it is better for business, jobs and prosperity."

WSP Global Inc., the Montreal-based engineering firm, employs about 5,100 people in Britain. It says it will mitigate any impact to its business by diversifying its client base, sectors and markets. "The Brexit referendum is acknowledged as a risk to all businesses, mainly because of the political and economic uncertainty that it brings," spokeswoman Isabelle Adjahi said. "As a professional services business, we can only be reactive to such political agendas because we have no influence over the outcome. However, awareness and diversification are key and in our relative control."

Bombardier Inc. of Montreal employs about 5,000 people in Belfast, Northern Ireland. Following requests from its employees in the city to state its opinion on the referendum question, the company distributed a memo supporting the status quo.

"While there are arguments for and against being part of the European Union, Bombardier Belfast's position is that the U.K. remaining within the EU is better for our aerospace business," spokeswoman Haley Dunne said. Access to integrated European supply chains is critical to the company's business and the free moment of goods across Europe contributes significantly to its competitiveness, Ms. Dunne said. She said Bombardier also benefits from EU investment in research and innovation projects.

Canadian players in the British commercial real estate market say investments have been down significantly this year because of uncertainty surrounding the Brexit vote. A leave vote would harm the value of their real estate portfolios because it would likely lead to a drop in the value of the pound, dent the economy and therefore affect commercial tenants and office rents. Still, they said the devaluation of the British pound in the event of a Brexit would be a buying opportunity for Canadian real estate investors.

Canada's largest institutional investors hold about $40-billion worth of real estate in Britain.

Mark Rose, chief executive officer of Canadian-based real estate brokerage Avison Young, which has three offices in Britain, said the pending vote has had an impact on the industry, partly because people have been taking longer to make decisions. "In the short term, it's a clear negative," Mr. Rose said, but in the long term, a leave vote could open the door to more foreign investment if the pound drops sharply. "You could have a currency play … because you'll pay just that much less for more product a day later."

Brian Kriter, executive managing director of valuation and advisory for Cushman and Wakefield Ltd. in Canada, said a Remain vote should drive British real estate values higher because there is pent-up demand. "Right now people are saying 'we don't know the outcome so if we don't have to make a decision, why should we?'" he said. A Leave vote, on the other hand, would be a negative for demand for office space if corporate tenants opt to move to other parts of Europe.

Michael Bernstein, CEO of Toronto-based Capstone Infrastructure Corp., said a Leave vote would likely hurt both the British currency and the country's overall economy. That could have a negative impact on Capstone's balance sheet because it owns a British water utility.

While Capstone's portfolio is mainly made up of renewable power facilities in Canada, its stake in England's Bristol Water does give it some exposure to the Brexit vote. "If the U.K. were to leave the [EU], there would be a negative economic impact which would drive the pound lower, and therefore our investment in the U.K. – even though it is a utility – would be lower," Mr. Bernstein said.

He sees the strong showing of the Leave campaign as a reflection of frustration among many Britons. But Mr. Bernstein also thinks that in the end, most people won't want to risk their economic situation. "Human beings are more risk averse in the quiet sanctity of the polling booth," he said.

Mr. Qu said his British team and its bankers "don't see much impact to our solar power plants business in the U.K." While the cost of imported components might rise if the pound weakens, he said, borrowing rates would likely go lower, offsetting those higher costs.

Calgary-based Suncor Energy Inc. pumped about 72,000 barrels of oil equivalent a day in the first quarter from the U.K. portion of the North Sea, including interests in the Buzzard field and its Gold Eagle prospect offshore Scotland. It also owns stakes in another 13 exploration licences in the region. A spokeswoman for the company did not answer specific questions about how a vote by Britain to exit the EU would affect its current assets or future plans. However, the company is paying close attention to the outcome. "We're following with interest," Sneh Seetal said by e-mail.

With a file from reporter Jeff Lewis in Calgary.

Editor's Note: a previous version of this story said Canada's largest institutional investors hold more than $90-billion worth of real estate in Britain. They hold about $40-billion.

The Brexit divide: What’s at stake for Britain and the EU
Subscriber content
May 27, 2016 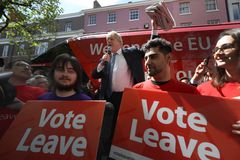 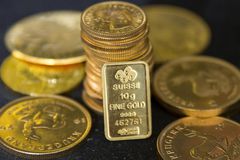