Cyprus's parliament postponed an emergency session called to approve a levy on bank deposits on Sunday after signs lawmakers could block the surprise move agreed in Brussels to help fund a bailout and avert national bankruptcy.

In a radical departure from previous aid packages, euro zone finance ministers want Cyprus savers to forfeit up to 9.9 percent of their deposits in return for a €10-billion ($13-billion) bailout to the island, financially crippled by its exposure to neighbouring Greece.

The decision, announced on Saturday morning, stunned Cypriots and caused a run on cashpoints, most of which were depleted within hours. Electronic transfers were stopped.

The move to take a percentage of deposits, which could raise almost €6-billion, must be ratified by parliament, where no party has a majority. If it fails to do so, President Nicos Anastasiades has warned, Cyprus's two largest banks will collapse.

One bank, the Cyprus Popular Bank, could have its emergency liquidity assistance (ELA) funding from the European Central Bank cut by March 21.

A default in Cyprus would threaten to unravel investor confidence in the euro zone that has been fostered by the European Central Bank's promise last year to do whatever it takes to shore up the currency bloc.

A meeting of parliament scheduled for 1400 GMT on Sunday was postponed a day to give more time for consultations and broker a deal, political sources said. The levy was scheduled to come into force on Tuesday, after a bank holiday on Monday.

The levy plan broke a taboo in Europe to leave bank deposits untouched, but euro zone officials said it was the only way to salvage the financial sector, which is around eight times the size of the economy.

European officials said it would not set a precedent.

In Spain, one of four other states getting euro zone help and seen as a possible candidate for a sovereign rescue, officials were quick to say that Cyprus was a unique case. A Bank of Spain spokesman said there had been no sign of deposit flight.

The crisis is unprecedented in the history of the Mediterranean island, which suffered a war and ethnic split in 1974.

Anastasiades, elected only three weeks ago, said he had no choice but accept the euro zone's aid terms.

"We would either choose the catastrophic scenario of disorderly bankruptcy or the scenario of a painful but controlled management of the crisis," Anastasiades said in a statement.

With a gross domestic product of barely 0.2 per cent of the bloc's overall output, Cyprus applied for financial aid last June, but negotiations were stalled by the complexity of the deal and reluctance of the island's previous president to sign.

International Monetary Fund Managing Director Christine Lagarde, who attended the meeting, said she backed the deal and would ask the IMF board in Washington to contribute to the bailout.

The proposed levies on deposits are 9.9 per cent for those exceeding 100,000 euros and 6.7 percent on anything below that.

Those affected will include rich Russians with deposits in Cyprus and Europeans who have retired to the island as well as Cypriots themselves.

"I'm furious," said Chris Drake, a former Middle East correspondent for the BBC who lives in Cyprus. "There were plenty of opportunities to take our money out, we didn't because we were promised it was a red line which would not be crossed."

British finance minister George Osborne told the BBC on Sunday Britain will compensate its about 3,500 military personnel based in Cyprus.

Anastasiades's right-wing Democratic Rally party, with 20 seats in the 56-member parliament, needs the support of other factions for the vote to pass. It was unclear whether even his coalition partners, the Democratic Party, would fully support the levy.

Cyprus's Communist party AKEL, accused of stalling on a bailout during its tenure in power until the end of February, was likely to vote against the measure. The socialist Edek party called EU demands "absurd".

"This is unacceptably unfair and we are against it," said Adonis Yiangou of the Greens Party, the smallest in parliament but a potential swing vote.

Having contributed to bailouts for Ireland, Portugal and Greece – in Greece's case, twice, the second time contributing to a debt restructuring which blew the €4.5-billion hole in the banking system that forced it to go for aid – Europe's treatment has been seen as nothing short of bizarre by many Cypriots.

Cyprus received a "stab in the back" by its EU partners, the daily Phileleftheros said.

But it and another newspapers highlighted the danger of plunging the banking system into further turmoil if lawmakers sat on the fence.

"Even if the final agreement is wrong, if this is not approved by parliament the damage will be even greater," Politis economics editor Demetris Georgiades said in an editorial. 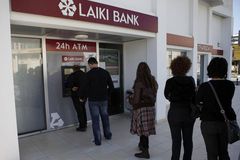 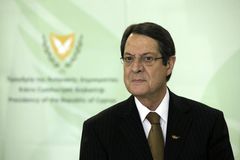 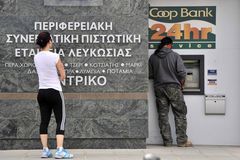 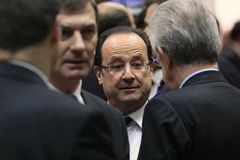 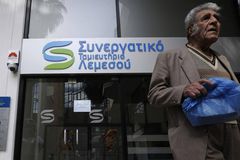