The euro zone economy will recover later in 2013 and there are already some signs of stabilisation, the European Central Bank said on Thursday after it unanimously held interest rates at a record low.

The ECB left rates at 0.75 per cent, following fledgling signs of life in the euro zone economy and with inflation still above target, and its president struck a slightly more optimistic tone about future prospects.

"The economic weakness in the euro area is expected to extend into 2013," Mario Draghi told a news conference. "Later in 2013, economic activity should gradually recover."

Last month, Mr. Draghi said there was "a wide discussion" on reducing rates – a comment that fed expectations a cut could soon follow.

On Thursday, the decision to keep policy on hold was unanimous, Mr. Draghi said, because some indicators had begun to stabilise, "albeit at low levels", while financial market confidence had improved significantly.

Borrowing costs of euro zone countries at the sharp end of the bloc's debt crisis have tumbled sharply since Mr. Draghi pledged last year to do whatever it took to shore up the currency area, by buying government bonds in potentially unlimited amounts.

So far, that effect has endured without the ECB having to put its money where its mouth is.

A Reuters poll published on Monday had pointed to the ECB keeping rates on hold, though the economists surveyed were split on the chances of a cut in the next few months.

"This is not a surprise," Nomura economist Nick Matthews said of Thursday's rate decision. Stronger survey data strengthened the resolve of those at the ECB against a rate cut, he said.

The euro climbed to a one-week high against the U.S. dollar, safe haven German Bund futures fell and European stocks rallied in response to the unanimous view that looser policy was not required.

An improvement in euro zone business morale in December, when a survey also pointed to a slowing service sector contraction, suggests a modest turnaround in the bloc after a grim fourth quarter.

"The risks surrounding the economic outlook ... remain on the downside," he said. "They are mainly related to slow implementation of structural reforms in the euro area, geopolitical issues and imbalances in major industrialized countries."

ECB staff projections published last month saw inflation at about 1.4 per cent in 2014, which would usually justify another interest rate cut. The central bank also sees inflation falling below 2 per cent this year with underlying price pressures remaining moderate.

But inflation has eased more slowly than the ECB initially expected and as long as it misses the target – it has been above 2 per cent for more than 2 years – a rate cut could be difficult to justify.

"Inflation rates are expected to decline further to below 2 per cent this year," Mr. Draghi said.

Another cut of the refinancing rate would have raised the question of whether the ECB would also lower its deposit rate – already at zero – by the same amount, which would push it into negative territory, essentially charging a fee for banks to park money with it, for the first time.

Even though Mr. Draghi has said the bank was "operationally ready" for such a step, it has grown increasingly wary of the idea, a source with knowledge of the ECB's thinking said.

Negative deposit rates could deal a hefty blow to money market funds, which have already seen cash outflows since the ECB cut the deposit rate to zero in July. The rate is a peg for short-dated money market rates and it is already almost impossible for funds to generate a return for their investors. 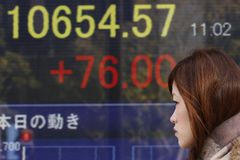 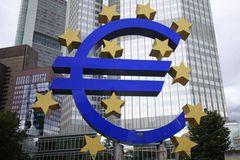