The notoriously opaque and largely unregulated art market faces greater scrutiny as financial authorities discover it has become the ideal money-laundering tool, an art conference in London heard on Thursday.

One of the presenters at the Art Business Conference, Michael Martin, head of the forensic and anti money-laundering services at Deloitte Luxembourg, said "art is one of the asset classes that obviously lends itself to money laundering."

He noted that European financial regulators are starting to clamp down on the art market to make it transparent and reduce its appeal to money launderers. In June, Stiliano Ordilli, head of the Swiss Money Laundering Reporting Office, said "there must be a real regulation of the art market, if only to protect the honest traders."

Mr. Martin said that "if he [Mr. Ordilli] calls for it, he has to have concerns" that using art sales for money laundering – concealing the source of illegally obtained money – is a big business.

There are no accepted estimates on the amounts of money laundered through the art market, although the general belief is that it is enormous and expanding as regulations on other asset classes, from real estate to foreign exchange, tighten up everywhere. The International Monetary Fund estimated that "the amount available for laundering through the financial system" was worth 2.7 per cent of global gross domestic product in 2009 or $1.6-trillion (U.S.).

The relative ease of laundering illicit funds through art dealers and auction houses is thought to have contributed to the spectacular rise in the value of fine art in recent years.

Some high-profile economists, including Nouriel Roubini of New York University's Stern School, have been making pleas for greater regulation of the global art market, which was worth €51-billion ($75-billion) in 2014, according to this year's Art Market Report, published by the European Fine Art Fair.

At the World Economic Forum in January in Davos, Mr. Roubini, himself an art collector, said: "Whether we like it or not, art is used for tax avoidance and evasion. It can be used for money laundering. You can buy something for half a million, not show a passport, and ship it. Plenty of people are using it for laundering."

Speaking on the sidelines of the Art Business Conference, Pierre Valentin, head of the art law practice at London law firm Constantine Cannon, said laundering illicit funds through the art market was seductive because purchases at auctions "can be anonymous and it's a moveable asset. You can put the art on a private plane and take it anywhere. Plus there is no registration system for art."

Once purchased, the art can disappear from view for years, even decades. A lot of the art bought at auctions goes to freeports – ultra-secure warehouses for the collections of millionaires and billionaires, ranging from Picassos and gold to vintage Ferraris and fine wine. The freeports, which exist in Switzerland, Luxembourg and Singapore, offer a variety of tax advantages because the goods stored in them are technically in transit. The Economist magazine reported that the freeport near the Geneva airport alone is thought to hold $100-billion (U.S.) of art.

Once inside the freeport, the art can be sold privately and anonymously to other buyers. The art need never leave the warehouse after the private sale is completed.

In February, Swiss businessman and Singapore resident Yves Bouvier, known as the "king of the freeports," was arrested in Monaco on suspicion of manipulating art prices and money laundering. His company, Natural Le Coultre, specializes in the transportation and storage of fine art and luxury items.

Recently, some countries in Europe, including Luxembourg and Switzerland, have passed laws to clamp down on money laundering in the art market. Starting in 2016, Switzerland will cap cash transactions at 100,000 Swiss francs ($135,000). Payments above that cash limit will have to be made by credit card, creating a paper trail, or the seller will have to carry out due diligence to ensure the legal origins of the funds.

The Chinese art market, where regulation is lax, is thought to be particularly prone to money laundering. "The [Chinese] art market has become more and more abnormal," Wang Shouzhi, dean of the Cheung Kong School of Art and Design at Shantou University, told the South China Morning Post in April. "It is saturated with business tricks, fake works and fake prices. … It has become a tool for corruption and money laundering." 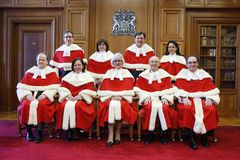 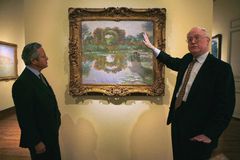 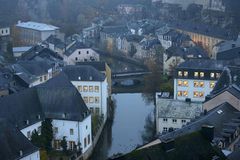