The first mobilizations against the expansion of the old mines in the Halkidiki peninsula, the birthplace of Aristotle in northeastern Greece, began in late 2011. That's when Vancouver's Eldorado Gold Corp. grabbed most of the local mining industry and unveiled plans for a €1-billion ($1.32-billion) development that would turn the recession-stricken region into a gold-producing powerhouse.

But development skeptics asked: At what cost to the environment, tourism and agriculture? They concluded that the massive project, smack in the middle of a part of Greece that could pass for Tuscany, would do more harm than good and took to the streets. "To live, you need, air, soil and water," explains Nina Karina, 50, an artist who opposes Eldorado. "This investment takes away all three from us."

At first, the protests were fairly low key, although there were times when the trigger-happy Greek police flung tear gas canisters at hothead protesters armed with flares, rocks and gasoline bombs. By the autumn of 2012, something akin to civil war had broken out. The turning point came on Oct. 21 when about 2,500 protesters fought a pitched battle with more than 200 police along the forest road leading to Eldorado's Skouries gold-and-copper deposit, the centrepiece of its Greek strategy.

Sitting in a smoky café in Ierissos, a seaside town near the mining sites filled with "Canada and Eldorado Go Home" banners, Lena Panagiotopoulou, 40, recalls the terrifying battle. "The police smashed windows of cars and threw tear gas inside the cars and people were taken to the hospital," she said. "They grabbed me and kicked me and made me kneel and I was just trying to protect my nephew."

She was arrested with 13 others. Retribution came on the night of Feb. 16, when about 40 masked men invaded a Skouries work site in the forest, set fire to machinery and vehicles, and doused three security guards with fuel, threatening to burn them alive. Eldorado put the damage of the firebomb attack at $1-million (U.S.). Two men were arrested and another 18 are under investigation.

Greece's economy is in tatters. With a 27-per-cent unemployment rate, Greece is in desperate need of foreign investment that can create jobs. Eldorado offers that in spades. The Council of State, Greece's highest administrative court, last year said Eldorado's "investment is particularly advantageous for the national economy." Eldorado has most of the permits it needs and vows to forge ahead even as gold and copper prices have retreated sharply in recent months.

But the relationship between mine supporters and opponents has turned even more poisonous, with both sides accusing one another of provocation, violence and brutality, and Amnesty International calling for an investigation into alleged human rights violations by the police.

"The opposition forces provoke the police at every opportunity during these protests and then use any reaction by the police to support their cause," El Dorado president Norm Pitcher, 57, said in an interview in Stratoni, Greece, home to the company's milling and shipping operations on the Aegean Sea.

Canadian mining companies are not having an easy time in Europe even though job creation has become the primary goal of any government trapped in the debt crisis. And around the world, growing resource nationalism is empowering citizens and governments to hold greater sway over proposed mine and energy developments.

In Romania, Toronto-listed Gabriel Resources has spent more than a decade and $400-million-plus on the Rosia Montana gold project, the largest of its kind in Europe, with nothing to show for it.

Well-organized opponents, who at one point included Hungarian-American billionaire George Soros, have turned it into an international environmental cause célèbre and unleashed lawyers to challenge every permit.

The development of the Halkidiki mines has been an exercise in frustration for their many Canadian owners too.

The Halkidiki mining area is part of the Serbo-Macedonian ore belt, which has produced gold, silver and base metals such as copper, lead and zinc on and off since the time of Philip of Macedon, father of Alexander the Great.

The mines fell on hard times in the late 1980s after its industrialist owner, Alexander Athanasiadis, was killed by the infamous November 17 terrorist group. The mines were nationalized, then sold to Canada's TVX Gold in 1995. In 2002, Greece's State Council ruled that the potential risks of the mines' redevelopment would exceed the benefits and, a year later, TVX, by then part of Kinross Gold, abandoned the Halkidiki mines.

In a rapid-fire sequence of murky events that is still debated today, TVX's Greek assets were transferred to the Greek state for €11-million in December, 2003.

The state owned them for only a few hours before flipping them for the same price to a new company called Hellas Gold, which was backed by Aktor, Greece's largest construction company (and now Eldorado's construction partner and one of its investors). There was no auction and Hellas found itself the lucky owner of one of Europe's richest ore bodies. Later, the European Commission determined that the sale to Hellas Gold was in breach of European Union state aid rules because it was done well below market value.

"The mines were sold with no tender, no competition," said Maria Kadoglou, 45, an unemployed physicist who, along with her civil engineer husband, Tolis Papageorgiou, has devoted 15 years to fighting the mining developments. "It's a scandal."

But Mr. Pitcher, the Eldorado president, says there was no scandal because "there were no other takers except Hellas Gold" and that the mining area was effectively worthless at the time because "this was an unpermitted project with significant debt at the time of low metal prices."

The mines' value wouldn't stay low for long. In 2007, yet another Toronto-listed company, European Goldfields, arrived on the scene. It bought Hellas Gold, which ultimately received government approval for the development's crucial Environmental Impact Assessment (EIA) after what mine opponents called a "shockingly" inadequate public consultation process.

Eldorado, a mid-tier gold producer with operations in Turkey, Brazil, Romania and China, bought European Goldfields for about $2.5-billion in shares in late 2011, right at the top of the market. Equipped with the EIA, it set out to transform itself, and the Halkidiki region, with one of the most ambitious mining projects in Europe.

Eldorado is one of the Canadian mining industry's more remarkable growth stories. Through acquisitions and mine development, it has doubled its production and reserves in the past five years. In 2012, its proven and probable reserves were 25.7 million ounces of gold and 72.3 million ounces of silver. Profit last year was $305-million on sales of $1.15-billion. But for Eldorado to meet its ambitious target of more than doubling production to 1.5 million ounces a year by 2015, the Greek mine plan must work.

The Greek mining portfolio is a four-property grab bag of existing and future developments, one of which – Stratoni – produces only lead, zinc and silver. The other three – Olympias, Perama Hill and Skouries – are primarily gold plays. Skouries is by far the biggest of the trio and the focus of the protests. About $450-million will take it from a relatively small open-pit mine to an underground monster that will produce 140,000 ounces of gold a year. Production is to start in 2015.

But, alarmingly for the anti-mine crowd, Skouries can't be built without removing at least 180 hectares of forest and, they argue, depleting a precious aquifer. Eldorado claims there is more than enough water for everyone. But protesters say the combined projects are simply too big for the area and will put too much stress on the environment.

"The carrying capacity of the region will be exceeded by far," said Kostas Katsifarakis, a civil engineering professor at the Aristotle University of Thessaloniki and co-ordinator of the school's environment council, which did a study on the Skouries' impact on the aquifer. "I think [Skouries] should be stopped, definitely yes."

End of paradise or job boom?

The municipality of Aristotle, the region with the 16 villages that encompasses the Eldorado mining operations, has about 19,000 residents. The unemployment rate is atrocious, perhaps 30 per cent or more. Jobs are badly needed.

Given the job creation opportunity, the approved EIA and Eldorado's scandal-free history of mining development elsewhere, the company is astounded by the ferocity of the opposition, even if they know more locals support the mines' development than not – 12 of the 16 villages are in favour of the expansion.

Even an influential priest from the local Orthodox church, Christodoulos Aggelouglou, 52, has joined the protesters. He said he does not believe the state and company claims that the mine will shower benefits on the region.

"The state has bankrupted the economy," he said. "Now the same state is telling us that this project will create so many jobs?"

For its part, Eldorado is confident the mine development won't be interrupted and will, as advertised, revive an economically moribund region. "It's the key to foreign investment here," Mr. Pitcher said. "If they can't do it [with this investment], how will that influence other foreign investors?"

And the opponents? They vow to keep fighting as they appeal court decisions that have all gone in favour of the project. More mass protests seem inevitable and each is praying the gold price will fall to the point that Eldorado will scale back or kill its glittering enterprise.

"We live in paradise and I'm worried they will turn it into hell," said Ms. Panagiotopoulou, the woman arrested in the Oct. 21 battle, as she gestured to the anti-Canada banner across the street.

Eldorado Gold Corp. acquired Skouries and related properties in Greece through the 2011 takeover of European Goldfields for about $2.5-billion (U.S.) in shares in late 2011, while gold prices were flying high.

Producing mines in Turkey, Brazil, Romania and China and Greece.

In Europe, austerity is dead, reforms stillborn
May 11, 2018 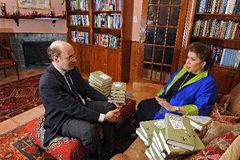 Agnico-Eagle believes now is the time to go buying Subscriber content
May 11, 2018 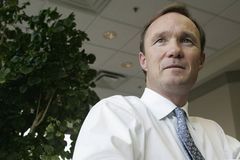 The well-educated jobless bid farewell to Portugal
May 11, 2018 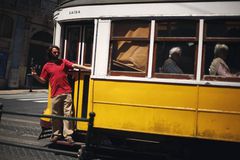 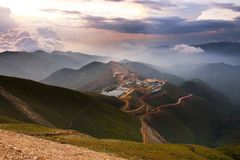 ROB Magazine
Centerra Gold and Kyrgyzstan: time for a marriage counsellor
May 11, 2018 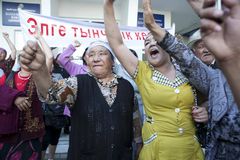