German Chancellor Angela Merkel said Europe was ready to act to ensure stability in the euro zone as Spain's credit rating was cut by three notches on Thursday amid expectations it may soon seek EU help for banks beset by bad debts.

Spanish Prime Minister Mariano Rajoy said he would wait for the results of independent audits of the banking system before talking with Europe about how to recapitalize troubled lenders.

Without waiting for a widely expected EU rescue, credit ratings agency Fitch cut Spain's sovereign rating to triple-B from A with a negative outlook, saying Madrid was especially vulnerable to a worsening of the euro zone debt crisis.

Fitch estimated Spanish lenders need €50-billion to €60-billion in capital under their updated base case. However, the total fiscal cost to underpin the banks could rise as high as €100-billion, or 9 per cent of gross domestic product, in a more extreme scenario similar to Ireland's bank meltdown, it said.

Speaking after talks in Berlin with British Prime Minister David Cameron – who called for "urgent action" to tackle the debt crisis – Ms. Merkel said Germany stood ready, alongside the other 16 euro zone countries, to do whatever was necessary.

"It is important to stress again that we have created the instruments for support in the euro zone and that Germany is ready to use these instruments whenever it may prove necessary," she said, referring to the euro zone's temporary bailout fund, the EFSF, and to its permanent successor, the ESM.

If Spain does decide to seek help with recapitalizing its banks, laden with bad property debts and other underperforming loans, it is expected to ask for funds from the €440-billion EFSF or the €500-billion ESM, due to be operational in July.

Despite the pressure, Spain demonstrated Thursday it could still tap credit markets, raising all the money it required, although at a higher cost. Madrid sold €2.1-billion of government bonds, paying just over 6 per cent for 10-year debt – up from 5.74 per cent last month and the highest at auction since 1998.

The sale laid to rest – at least for now – fears raised by Treasury Minister Cristobal Montoro on Tuesday that Spain was being shut out of credit markets.

In the midst of the storm, Spain nominated a new central bank governor, Luis Maria Linde, aiming to restore the Bank of Spain's credibility, battered by its handling of the banking crisis. He was preferred to outgoing European Central Bank executive board member Jose Manuel Gonzalez-Paramo.

Despite a rally in stocks, bonds and the euro owing partly to expectations of action by central banks to revive economic growth, the euro zone remains under pressure to act quickly and decisively to resolve its debt problems.

France, the euro zone's number two economy after Germany, continued to benefit from its safe-haven status, selling €7.84-billion of bonds at record low yields despite announcing a partial reversal of the previous government's pension reform on Wednesday that runs counter to EU policies.

U.S. President Barack Obama and Canadian and Japanese leaders telephoned Europe's main leaders this week to express concern at the worsening crisis and press for stronger action – raising hopes before an EU summit on June 28-29.

But Ms. Merkel earlier doused expectations that the summit will produce a breakthrough, saying progress towards a fiscal and banking union would take substantially longer.

In a television interview, she said the euro zone was moving inevitably towards a political union requiring nations to cede more sovereignty, and that would lead to more of a multi-speed Europe, with non-euro states in the slow lane.

"I don't believe that there will be one single summit that will decide on a big bang," Ms. Merkel told ARD. "But what we have been doing for some time, and on which a working plan will certainly be presented in June, is to say we need more Europe."

"Whoever is in a currency union will have to move closer together. We have to be open to make it possible for everyone to participate. But we cannot stand still because some do not want to go with us," she said.

Most EU officials see the process of integration taking five to 10 years at best, much longer than the view of the markets, although economists also argue that agreeing steps towards closer union will itself help boost market sentiment.

European Council President Herman Van Rompuy, who chairs EU summits, said he would only present "building blocks" on closer euro zone fiscal and banking union this month and aimed to have detailed proposals in October. Speaking to think tanks in Brussels, he said the euro zone was fighting for survival.

"The rest of the world is looking at us. They are not asking for new debates, they are asking for decisions," he said.

As the EU's biggest economy and largest contributor, Germany holds the key to how the bloc comes to Spain's rescue, and whether Europe is able to agree on a banking union with a joint deposit guarantee and a bank resolution fund, as envisaged by the European Central Bank and the European Commission.

Ms. Merkel's remarks underscored a growing rift with non-euro member Britain, a longstanding brake on European integration, which said bluntly on Thursday that it would not take any part in a euro zone banking union.

Chancellor of the Exchequer George Osborne told BBC radio: "There is no way that Britain is going to be part of any euro zone banking union.

"I think Britain will require certain safeguards if there is a full-blown banking union."

His comments, reiterated more softly by Mr. Cameron in Berlin, highlight the potential complexity of EU negotiations on the issue, since London is the euro zone's main financial centre and could veto deeper banking integration.

Mr. Osborne urged the euro zone to use its bailout fund to recapitalise Spain's troubled banks, which are reeling from the bursting of a property bubble and aggravated by recession.

The IMF report goes before the global lender's board on Friday, raising expectations that EU and Spanish officials may have the outlines of a possible rescue plan worked out for when the numbers are released.

One senior EU official indicated that Spain could take a "minimalist" approach to recapitalisation, requiring €30-billion to €40-billion for four or five weaker institutions, or else a "maximalist" line which might need as much as €100-billion.

"Politicians tend to prefer doing the least that's required, so in the case of Spain, it seems likely that a minimalist approach will be taken," the official said.

Spain has so far made no application for European aid, and officials say it is determined to avoid the kind of humiliating policy conditions and intrusive quarterly EU/IMF inspections imposed on Greece, Ireland and Portugal.

While a rescue loan may be presented for political reasons as going to Spain's FROB bank resolution fund, legally European bodies can lend only to the state, EU officials say. That raises the question of what policy conditions and monitoring would be attached to any assistance.

Under the rules of the EFSF, so far used to bail out Ireland and Portugal, countries can receive aid for their banks without having to submit to the same strict 'conditionality' as under a full bailout programme. 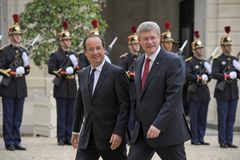 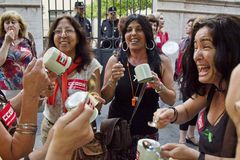 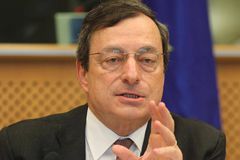