The government employment office in Rome's Testaccio neighbourhood was, as usual, full of dour customers on Tuesday, the day the European Commission pushed down the euro zone economic growth forecasts and predicted the jobless rate would remain painfully high.

Iliyan Yonchev, 48, a Bulgarian-Italian construction worker, was not surprised to learn that the EC forecasts were grim, with expected euro zone growth this year of only 0.8 per cent. He has been out of work since September and the jobs site on agency's computer was throwing up no opportunities.

A year ago, he went back to a private school to learn to become a security guard. But it was expensive and the school would not guarantee employment, so he quit.

"It's not just because I am not specialized," he said. "All the university laureates are leaving Italy."

Italy is in its third recession since 2008. Unemployment creeps ever higher and now stands at 12.6 per cent. In its autumn economic forecast, the EC predicted the Italian jobless rate would remain unchanged next year before falling marginally, to 12.4 per cent, in 2016. The youth jobless rate is a record 44 per cent, exceeded only by Spain and Greece.

While Italy is the only large euro zone country still in recession – it is expected to grow by a mere 0.6 per cent in 2015 – it's certainly not alone in the misery camp. Growth in the 18-country euro zone keeps getting scaled back and is nowhere near the level it needs to be to create a lot of jobs.

"The economic and employment situation is not improving fast enough," said Jyrki Katainen, the EC's vice-president for job and growth. "The European Commission is committed to use all available tools and resources to deliver more jobs and growth in Europe."

The EC predicted the 18-country euro zone would expand by only 1.1 per cent next year, down from the 1.7 per cent forecast only six months ago. The wider European Union, which includes high-growth Britain, should expand by 1.5 per cent. The downward revisions hit Germany and France hard. Germany, which not long ago was touted as Europe's economic saviour, saw its growth estimate for 2015 cut to 1.1 per cent from 2 per cent; France went to 0.7 per cent from 1.5 per cent.

The revised growth figures are especially bad news for the southern European countries, where growth is at best tepid. They will also put pressure on the European Central Bank to launch full-blown quantitative easing, as Britain and the United States have done, in a final effort to prevent the euro zone from getting trapped in a long era of no growth and dangerously low inflation.

Speaking at the German employers' conference in Berlin after the EC forecasts were released, German Chancellor Angela Merkel acknowledged that "the situation in the euro zone remains extremely fragile" even if she noted that Ireland and Portugal had completed their bailout programs and that Greece may be on the verge of doing so after five years of recession.

Underwhelming euro zone growth will keep job creation at the top of the political agenda. In southern Europe, anti-establishment, left-wing parties, such as Spain's Podemos and Greece's Syriza are surging in popularity by attracting voters who believe the ruling parties have not done enough to end crippling unemployment.

In Spain, which is out of recession, the unemployment rate is 23.7 per cent, only three percentage points less than its peak in early 2013. Spanish youth unemployment is an astounding 56 per cent.

Ominously, the EC said that risks to growth "remain tilted to the downside" because of geopolitical tensions, such as the Ukraine crisis and the economic sanctions against Russia, which is hurting Germany in particular, the fragility of financial markets and slow reforms in some big economies. The reform effort in France and Italy is especially slow and tortured.

The EC also reduced its outlook for inflation, which has been plummeting on the back of falling energy prices and weak consumer demand. Euro zone inflation will be 0.5 per cent this year, 0.8 per cent in 2015 and 1.5 per cent in 2016. Each of the figures is substantially below the ECB's inflation target of 2 per cent. 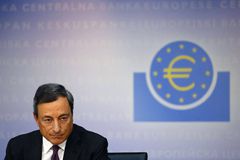 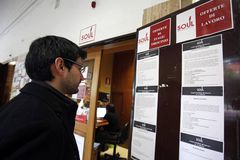 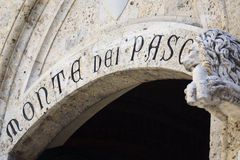 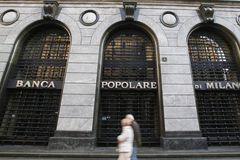