Back in May, as the euro zone veered deeper into crisis, Nobel Prize-winning economist Paul Krugman penned one of his gloomiest columns about the single currency, a piece in the New York Times entitled "Apocalypse Fairly Soon".

"Suddenly, it has become easy to see how the euro – that grand, flawed experiment in monetary union without political union – could come apart at the seams," Mr. Krugman wrote. "We're not talking about a distant prospect, either. Things could fall apart with stunning speed, in a matter of months, not years."

Mr. Krugman was far from being alone in predicting imminent doom for the euro in 2012. Billionaire investor George Soros told a conference in Italy in early June that Germany had a mere three-month window to avert European disaster.

Then in July, Willem Buiter, chief economist at Citigroup and former Bank of England policy maker, raised the probability that Greece would leave the euro to 90 per cent, even going so far as to provide a date on which it might occur.

Mr. Buiter's D-Day – Jan. 1, 2013 – falls next week. And yet no one now believes a "Grexit", or catastrophic implosion of the euro zone for that matter, is just around the corner.

Half a year ago the chorus calling an end to the euro reached a crescendo. Among the chief doom-mongers were some of the world's leading economists and investors, many of them based in the United States.

Fast forward six months and their prophesies look ill-judged, or premature at the least. The euro has rebounded against the U.S. dollar. The bond yields of stricken countries like Greece, Spain and Italy – a market gauge of how risky these countries are – have fallen back.

Even the gloomiest of the gloomy are revising their forecasts, although they warn of more trouble ahead.

"Europe has surprised me with its political resilience," Mr. Krugman admitted earlier this month in a blog post.

In October, Citi lowered its view on the likelihood of Greece exiting the currency area within 18 months to a still high 60 per cent and there are plenty of economists who think that while a patchwork of measures have drawn some sting out of the crisis they have done little to address its root causes.

With the benefit of hindsight, it seems clear that many simply underestimated the political will in Europe to keep the euro together, and the impact that a series of policy shifts in the second half of 2012 would have on sentiment.

The most important of these were European Central Bank President Mario Draghi's July promise to do "whatever it takes" to defend the euro – which led to the ECB's commitment to buy euro zone government bonds in sufficient amounts to shore up the currency bloc – and German Chancellor Angela Merkel's late-summer shift on Greece.

After wavering for many months on the costs and benefits of a Greek exit, she finally came around to the view that the risks to Europe and her own political prospects of letting Greece go were far too great.

"There may be a logic to Greece leaving, but the mechanics are too disruptive for both Greece and its neighbours," said Barry Eichengreen, an economist at U.C. Berkeley, who has long argued that the euro is irreversible.

"An appreciation of European politics makes you realize that everything will be done to prevent a breakup of the monetary union. It would be intensely catastrophic, economically and politically."

Capital Economics, a U.K.-based consultancy that forecast one or more countries would leave the single currency bloc by the end of 2012, now concedes that it underestimated the ECB's determination to save the euro and the market's faith in the bank's promises.

"It may simply take longer," Jennifer McKeown, senior European economist at Capital Economics said of a euro breakup. "It's obviously not happening this year."

Prominent investors have also paid a price for betting against the euro zone this year. Earlier this month celebrated U.S. hedge fund manager John Paulson blamed big losses suffered in 2012 on his bets that the sovereign debt crisis would worsen.

For those who placed their chips on the other side of the table, there were stellar returns of around 80 per cent to be had on 10-year Greek and Portuguese government bonds this year.

Nouriel Roubini, the New York University economist whose bearish forecasts earned him the nickname "Dr. Doom", has been in the gloom camp from the beginning, predicting as far back as 2010 that countries would be forced to abandon the single currency.

Now he says the risks of a near-term catastrophe have been reduced. Reflecting the more cautious view of many of his colleagues, Roubini believes 2013 will be another year in which European politicians "muddle through", avoiding catastrophe.

But the euro's day of reckoning will come, he believes, with the risks metastasizing over the course of 2013 and Greece, once again, posing the biggest threat.

At the height of the crisis in June, the euro zone dodged a bullet when the conservative party New Democracy narrowly beat anti-bailout leftists SYRIZA in the Greek election.

Since then, Greek Prime Minister Antonis Samaras has been able to keep his three-party coalition together, and behind austerity measures needed to keep bailout money flowing. But as the country enters its sixth year of recession and support for the government wanes, his task will become harder.

Recent opinion polls show SYRIZA with a five point edge, underscoring the risks of a political earthquake in Athens at some point in 2013.

"By late fall of next year, the Greek coalition could collapse and an exit may be back on the table," Mr. Roubini told Reuters.

Even economists like Mr. Eichengreen are reluctant to declare the worst of the crisis over, pointing to deep recessions on Europe's periphery and the risk of political complacency.

At a December summit in Brussels, European governments delayed serious discussion on closer fiscal integration until mid-2013 and made clear that creation of a "banking union" would stretch into 2014 and beyond.

"What we have seen throughout this crisis is a cycle where steps are taken, politicians think the problems are solved, they sit on their hands and the situation worsens again, with spreads blowing out. I'm sure we'll see more of this going forward," Mr. Eichengreen said.

Mr. Krugman, while expressing surprise at Europe's ability to avert disaster in 2012, isn't backing off his predictions of gloom either.

In his recent blog post "Bleeding Europe", he likens the austerity imposed on countries like Greece, Portugal, Spain and Ireland to "medieval medicine" in which patients were bled to treat their ailments. When the bleeding made them sicker, they were bled some more.

Even if the euro has defied forecasts of its demise, the economics of austerity, Mr. Krugman says, are playing out "exactly according to script". 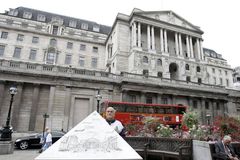 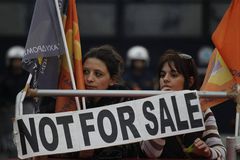 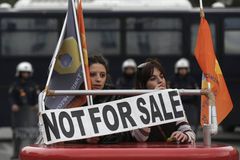