Soldiers tend to be young men full of testosterone and bluster. The inexperienced ones can be trigger-happy. On Tuesday, the BBC showed a video of a tense standoff in Crimea, near the Belbek air base, between unarmed Ukrainian soldiers and armed troops in what appeared to be Russian uniforms.

The shouts got louder and warning shots were fired into the air. As the video camera jiggled, the viewer was left with the sickening feeling that a rifle would be levelled and – bang! – a young man would go down. If that had happened, a battle could have broken out in an instant and Ukraine could have been hurtling toward civil war. Countries can disintegrate within hours, as Yugoslavia did in 1991, unleashing a series of bloody regional wars that culminated in the Kosovo war and the NATO bombing campaign in 1999.

Luckily, cool heads prevailed in the Belbek incident, although the video delivered the message that the Ukraine standoff could be shattered at any one time by a single bullet. Within the European Union, such images are hard to fathom. The 28-country EU is one of the few clusters of countries, perhaps the only cluster, where war is inconceivable.

The EU now encompasses 28 countries; the newest is Croatia, once part of Yugoslavia. It was born in 1957, when six countries – Germany, France, Italy, Netherlands, Belgium and Luxembourg – signed the Treaty of Rome, which begat the European Economic Community. Only 12 years before that date, the most devastating war in history was under way. No EU country has gone to war with another EU country. There are perennial economic skirmishes and passionate fights about sovereignty (or its loss), immigration controls, banking standards and the like. But there has been no invasion, no bloodshed.

The EU and the 18 countries within it that share the euro may seem like a half-baked project to many outsiders and a slow-motion train wreck to others. Their skepticism rests mainly on economic grounds. The euro zone went through an existential crisis that started with Greece's great debt fudge in 2009 and only tapered off in late 2012, when the European Central Bank president Mario Draghi promised to do "whatever it takes" to spare the region from oblivion. If a tiny country such as Greece could come close to pulling down the curtain on the whole show, how could the euro zone – and the EU by extension – ever hope to survive?

While the euro zone is no longer in danger of imminent destruction, the critics remain unconvinced that it and the wider EU remain anything but a wrong-headed experiment in economic and geopolitical engineering. The euro zone is stuck in low growth and obscenely high unemployment, partly because its member countries lack a currency that can be devalued. Euro-skeptic parties are on the rise everywhere. Meanwhile, Britain is losing interest in EU membership and may bolt, although the United Kingdom may not even exist in a year if Scotland's first minister, Alex Salmond, wins his referendum on sovereignty.

But the EU was not invented to make Europe a permanent economic utopia. It was invented to stop countries from invading one another. Mission accomplished.

As late as 1990, almost half a century after the Second World War, fear of German power shaped the EU and monetary union debate. In 1989, shortly before the fall of the Berlin Wall, British prime minister Maggie Thatcher told Mikhail Gorbachev, the Soviet Union's last leader: "We do not want a united Germany."

Unification went ahead, in good part because the French allowed it. But France set conditions: Germany would have to support monetary union, hitching German fortunes to the greater Europe. Helmut Kohl, who was chancellor of the united Germany in the 1990s, said that "the question of monetary union was one of war or peace."

In 2012, when the euro zone was on the verge of falling apart, the world got a reminder that the EU was cobbled together over the decades not so much to remove border tariffs and labour restrictions but to keep the guns pointed outward, not inward. That year, the Nobel Peace Prize was awarded to the EU. The chairman of the Nobel committee, former Norwegian prime minister Thorbjorn Jagland, said the EU has transformed most of Europe "from a continent of wars to a continent of peace."

Ukraine is not a member of the EU, although it borders on countries that are, such as Poland. It is unlikely that Ukraine will become part of the EU or NATO in the next few years. Russia, which has grabbed Crimea, Ukraine's southernmost region, has other designs on the country that was under Soviet control until the Soviet Union ceased to exist in 1991 and is still home to eight million ethnic Russians.

Ukraine will probably fall back into Russia's sphere. If it had been in the EU, like Poland, Romania, Bulgaria and other former communist countries, it wouldn't be having nightmares about a possible shooting war within its borders. Ukraine must envy the EU's peace even more than its relative prosperity. 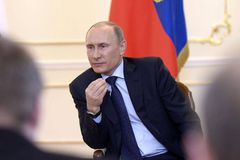 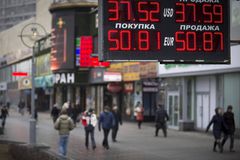 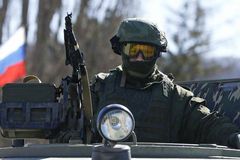