The epicentre of the euro zone debt crisis is shifting as officials look at injecting as much as €80-billion ($103-billion) into Spain's faltering banks.

The exact form, size and timing of the bailout remains unclear as Spain insists publicly that it doesn't need help.

But as depositors continue to flee the country's banks, it's become a question of when, not if, Spain will need a bailout.

"Right now, either Spanish banks get a whole load of help so they can function normally, or they will slowly die," Société Générale SA currency analyst Lauren Rosborough said.

A deal is in the works that would allow Spain to recapitalize its stricken banks with aid from its European partners, while avoiding the embarrassment of new economic reforms imposed from the outside. The challenge is to balance Germany's demands for strict conditions with Spain's wish to control the process.

"If Spain desires, we in the euro zone can mobilize quickly," French Finance Minister Pierre Moscovici told reporters in Paris.

One option is to tap the newly created European Stability Mechanism, due to come on line next month, possibly in conjunction with Spain's existing bank-rescue fund.

Spain is Europe's fourth-largest economy – nearly five times the size of Greece. It's been steadily losing access to credit markets as investors demand ever-higher interest rates on government bonds, leaving it without the means to handle a bailout on its own.

Unlike bailouts for Greece, Portugal and Ireland, the proposed Spanish rescue would require few new austerity measures beyond reforms already agreed to with the European Union, according to the Financial Times. Instead, FT said it would likely come with a major rationalization of Spanish banks, amid lingering concerns about political interference and cronyism in cajas – the regional savings banks that loaded up on questionable real-estate loans amid the housing bubble. The troubled banks include the recently nationalized Bankia, along with Catalunya Caixa and NovaCaixaGalicia.

The dilemma for Spain's centre-right government is that it has insisted for months it doesn't need a bailout or more austerity, particularly after imposing a series of tough fiscal measures. Backing down now could be politically fatal for Spanish Prime Minister Mariano Rajoy. It could also further undermine trust in the country's fragile banks.

Spanish savings banks face the double whammy of rapidly deteriorating economic conditions and a still declining housing sector, where most of their bad loans reside. "Their capital situation is not that bad, but the [downward] momentum is very bad," said Philippe Ithurbide, global head of research with Amundi Asset Management in Paris.

The result is a sharp rise in non-performing loans, which forces the banks to set aside ever increasing provisions.

To do so, they will have to rely on outside help, because they have no access to the markets for affordable capital. But Madrid has strongly opposed seeking a bailout that would impose tough terms. "At the moment, yes, Spain says no [to a formal bailout]. Is Spain able to do it on its own? The answer is no," Mr. Ithurbide said.

Spain is waiting for the results of an audit by the International Monetary Fund of the country's banks, due next week. Spanish officials have said they will do what's needed at that point to recapitalize.

Analysts say Spanish banks will need as much as €70-billion of fresh capital, and possibly much more.

With the housing market still falling, Spanish banks will need a further €125-billion in bailouts or recapitalizations – equal to 12 per cent of GDP – to stabilize their finances, BCA Research concluded in a report last month. That is 2.5 times higher than the official government estimate.

"Unfortunately, in the current jittery environment, the Spanish government is in no position to inject €125-billion into its banks without external help," BCA said. "Bond markets are in a shoot first, ask questions later frame of mind." 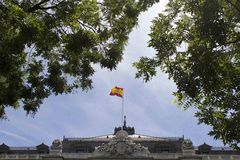 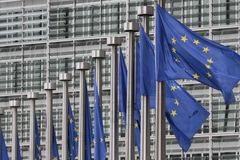 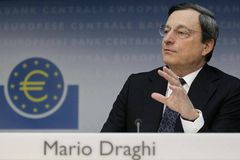 Follow Barrie McKenna and Brian Milner on Twitter @barriemckenna @bmilnerglobe
Report an error Editorial code of conduct
Due to technical reasons, we have temporarily removed commenting from our articles. We hope to have this fixed soon. Thank you for your patience. If you are looking to give feedback on our new site, please send it along to feedback@globeandmail.com. If you want to write a letter to the editor, please forward to letters@globeandmail.com.
Comments