Two former rivals from the great Canadian wireless wars are teaming up as investors to bring a European chain of mobile phone repair shops to Canada, betting that the smartphone business in North America is shifting from sales to services.

It is an attempt to lure customers away from the strip malls and small mom-and-pop repairs shops that usually do this sort of work, and into a uniform, corporate environment with warranties and official relationships with mobile phone manufacturers, such as Samsung Electronics Co. Ltd. – that sell official parts to the company, which then stockpiles them.

The stores will offer trained staff a quick diagnosis of what's ailing a customer's mobile phone, an instant price quote, repairs completed in under an hour, software services such as memory backups and transfers, and a 12-month warranty on parts and labour for most repairs.

"Not all the best ideas have made their way to Canada yet," said Mr. Campbell, who now runs a mobile operator in North Africa. "If you've ever broken your phone, the experience is variable – it can be great, or it can poor. It's an industry that's never consolidated. We're taking an advantage of what we've seen as something that's missing in the Canadian market."

Mr. Campbell has known Mr. Bruce for years – long before they were crosstown rivals in Toronto at a time when Wind was the biggest new entrant and Rogers was aggressively trying to defend its No. 1 spot in the Canadian wireless sector. Mr. Campbell called his old acquaintance last December "to pick his brain" about the concept and see whether Mr. Bruce thought it might work in Canada.

"Pretty soon that discussion turned into, 'Hey let's do this together,'" Mr. Bruce said. "We think we know this business just about as much as anyone knows this business."

The duo, who are both investors and advisers in the business, have handed operational details over to a team in Ottawa, where a Mobile Klinik store recently opened. The plan now is to open around 60 stores over the next three years, mainly in the Montreal-Toronto corridor, but also likely in Alberta and British Columbia. The aim is to put stores in high-traffic malls, close to wireless retail kiosks and outlets run by Canadian wireless operators, and attempt to pursue discussions with Canada's telecom companies similar to how PSM already has arrangements with European operators, such as Orange and Virgin Mobile. In Europe, many mobile phone repairs are done through referrals from wireless operators.

Mr. Campbell says they also own the rights to open stores in the northeastern United States and Texas.

Kaan Yigit, the president of Solutions Research Group Consultants Inc., said mom-and-pop repair stores are "very hit and miss" and often have a "dollar store look" despite the fact that they are fixing extremely expensive and important devices.

He says that many people opt out of insuring their devices, a service that can cost upwards of $13 per month.

"Breakage is an issue and people are dependent on their devices daily so a quick fix is important," Mr. Yigit said. "If the pricing and positioning are done well … this can grab that niche definitely."

For some businesses, it is possible to profit from selling services to people who already own devices, rather than simply trying to sell consumers a new phone, Mr. Bruce said. This is especially true as people use their own phones for both personal and work use.

"We've moved from a world of sales to one of service," Mr. Bruce said.

Editor's note: Mobile Klinik was misspelled in an earlier version of this story.

Apple breaks with past in fragmenting updates from old devices
September 9, 2015 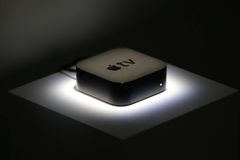 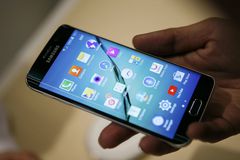