President Francois Hollande's Socialist government unveiled sharp tax hikes on business and the rich on Friday in a 2013 budget aimed at showing France has the fiscal rigour to remain at the core of the euro zone.

The package will recoup €30-billion ($38.8-billion U.S.) for the public purse with a goal of narrowing the deficit to 3.0 per cent of national output next year from 4.5 per cent this year – France's toughest single belt-tightening in 30 years.

But with record unemployment and a barrage of data pointing to economic stagnation, there are fears the deficit target will slip as France falls short of the modest 0.8 per cent economic growth rate on which it is banking for next year.

The budget will also disappoint pro-reform lobbyists by merely freezing France's high public spending rather than daring to attack ministerial budgets as Spain did this week in a bid to avoid the conditions of an international bailout.

"This is a fighting budget to get the country back on the rails," Prime Minister Jean-Marc Ayrault said, adding that the 0.8 per cent growth target was "realistic and ambitious".

"It is a budget which aims to bring back confidence and to break this spiral of debt that gets bigger and bigger."

With public debt at a post-war record of 91 per cent of the economy, the budget is vital to France's credibility not only among euro zone partners but also in markets which for now are allowing it to borrow at record-low yields under two per cent.

The government said the budget was the first in a series of steps to bring its deficit down to 0.3 per cent of GDP by 2017 – missing an earlier target of a zero deficit by then.

Of the total €30-billion of savings, around 20 billion will come from tax increases on households and companies, with tax increases already approved this year to contribute some €4-billion to revenues in 2013. The freeze on spending will contribute around €10-billion.

To the dismay of business leaders who fear an exodus of top talent, the government confirmed a temporary 75-per-cent super-tax rate for earnings over €1-million and a new 45 per cent band for revenues over 150,000 euros.

Together, those two measures will bring in around half a billion euros. Higher tax rates on dividends and other investments, plus cuts to existing tax breaks will bring in several billion more.

Business will be hit with measures including a cut in amount of loan interest which is tax-deductible and the cutting of an existing tax break on capital gains from certain share sales – moves worth around €4-billion and €2-billion each.

Four months after he defeated Nicolas Sarkozy, Mr. Hollande's approval ratings are in free-fall as many French feel he has been slow to get to grips with the economic slow-down and unemployment at a 10-year high and rising.

Data on Friday confirmed France posted zero growth in the second quarter, marking nine months of stagnation, as a pickup in business investment and government spending was offset by a worsening trade balance and sluggish consumer expenditure.

Despite a rise in wages, consumers – traditionally the motor of France's growth – increased their savings to 16.4 per cent of income from 16.0 per cent a year earlier. In another setback, other data showed consumer spending dropped 0.8 per cent in August.

BNP Paribas economist Helene Baudchon said the deficit was likely to come in above 3.0 per cent due to the weak growth outlook. "As things stand, achieving a deficit of 3.3 per cent would in itself be a remarkable outcome," she said. 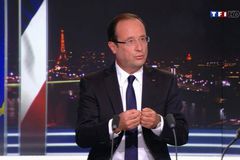 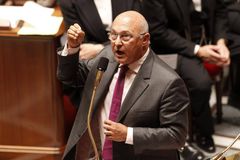 Young jobless on the rise in Europe’s rich north
September 24, 2012 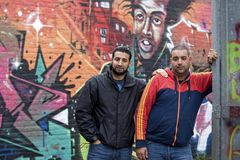