French President François Hollande plans to pressure German Chancellor Angela Merkel to launch euro bonds as a part of a frantic effort to save the monetary union from breaking apart as Greece moves ever closer to an exodus.

Mr. Hollande, who won this month's presidential election against Nicolas Sarkozy by promising less austerity and more social justice, will make the euro bonds pitch at a European Union leaders summit Wednesday. But Ms. Merkel continues to oppose such bonds, raising the likelihood that the summit, like previous gatherings since the crisis began more than two years ago, will produce no breakthrough rescue program.

In a radio interview Monday, Germany's deputy finance minister, Steffen Kampeter, said euro bonds are "the wrong prescription at the wrong time with the wrong side-effects."

Euro bonds would be the equivalent of U.S. Treasuries, and guaranteed by the credit ratings of all 17 euro zone countries. In effect, they would exploit the rare triple-A rating of Germany, whose debt is considered Europe's safest (10-year German bonds trade at a 1.45-per-cent yield, well less than equivalent U.S. or British bonds).

Germany opposes euro bonds because their yields would no doubt be somewhat higher than those of current German bonds, raising the country's borrowing costs. It also fears affordable interest rates for all euro zone countries would remove budgetary discipline. Ms. Merkel has been the champion of fiscal rectitude, arguing that spending cuts and tax hikes are the route to fiscal sustainability, even if they damage economic growth along the way.

Mr. Hollande made his euro bonds pitch on the weekend at the Group of Eight summit at Camp David, the U.S. president's retreat in Maryland.

"I will outline all growth prospects at this informal meeting on May 23," he told reporters. "Within this packet of proposals there will be euro bonds and I will not be alone in proposing them."

Italian Prime Minister Mario Monti, his Spanish counterpart Mariano Rajoy and the European Commission, the European Union's executive arm, have come out in favour of euro bonds. So has David Cameron, Prime Minister of Britain, which is a member of the EU but not the euro zone.

While Ms. Merkel is becoming increasingly isolated, the launch of the bonds would be inconceivable without her approval since Germany is Europe's biggest economy and prime sponsor of the bailouts of Greece, Ireland and Portugal.

Wednesday's summit is, nonetheless, expected to push Mr. Hollande's position that growth strategies should run parallel with austerity. Ms. Merkel is in broad agreement, but insists that growth measures do not come on the back of more deficit spending.

Proposals to stimulate growth are expected to include boosting the capital of the European Investment Bank, which is owned by the EU member states and promotes EU development, especially in the poorer regions. There are also plans for so-called project bonds, underwritten by the EU's budget, to finance infrastructure.

There will be no formal approval of any growth measures at Wednesday's summit. The goal is formal agreement on some measures by the next EU summit in late June, after the mid-June French parliamentary elections and the fresh – and crucial – Greek election on June 17.

The Greek contest comes after the inconclusive election earlier this month, which saw about 70 per cent of votes cast in favour of parties that campaigned against the harsh austerity programs directed by the EU, the European Central Bank and the International Monetary Fund. Voters blamed austerity for plunging Greece into deep recession and sending the youth jobless rate to more than 50 per cent.

With the prospect of Greece leaving the euro zone becoming more probable by the day, increasing the likelihood of a run on Greek banks that could spread to other financially distressed countries, some EU politicians and officials are preparing for the worst.

In an article in Monday's Financial Times, Polish Finance Minister Jacek Rostowski said the ECB should, in effect, offer itself up as the ultimate firewall if Greece leaves the euro zone, triggering chaos. The central bank should do so by announcing "it will stand ready to buy unlimited amounts of the sovereign bonds of the countries remaining in the euro for a limited period of time – say a year to 18 months," he said. 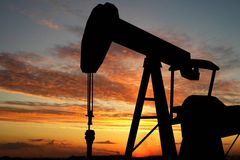 Greece's exit from euro zone not a foregone conclusion
May 20, 2012 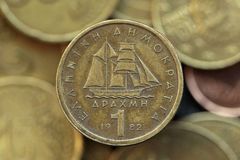 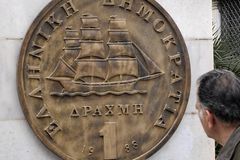