Russia's Gazprom said on Wednesday it was ready to talk after the European Union launched a competition probe into its gas sales, but was armed with legal and political reasons why the EU should back off.

The European Commission launched the probe on Tuesday into suspicions that Gazprom, more than 50-per-cent held by the Kremlin, was hindering the free flow of gas across the EU and imposing unfair prices on its customers by linking the price of gas to oil prices.

Gazprom, which generates most of its 3.2-trillion rubles ($99-billion U.S.) of gas sales in Europe, said it abided by all appropriate laws in the EU and everywhere it operated, including price mechanisms, and prepared the ground for a fight by stressing its strategic importance to Russia.

"We hope that during the investigation … the fact that Gazprom, set up beyond the EU jurisdiction, is a company, bestowed … in accordance with the Russian law, with a status of a strategic organization controlled by the state, would be taken into account," Gazprom said.

Political tensions between the EU and Russia over gas supply are nothing new. Gazprom supplies over a quarter of Europe's gas consumption, and several EU states rely on it for most of their needs and are locked into long-term contracts, in some cases of up to 30 years.

Last year, the Commission raided the offices of several Gazprom units in Europe to investigate their involvement in supply, transmission and storage of natural gas. A Commission official said at the time the raids were part of an EU effort to wean itself off reliance on Russian gas.

On that occasion, the company bowed to client pressure, revising some contractual terms and starting retroactive payments in the first quarter to reflect changes to the deals.

This time, it might be less willing to compromise.

"It looks like Gazprom changed its strategy in dealing with the EU to a juridical defence. It looks like this matter will end up in court," said Maxim Moshkov, oil and gas analyst from UBS in Moscow.

The stakes are high, however. Uralsib brokerage estimates that Gazprom may end up paying fines of up to 10 per cent of revenues in the relevant markets, which could see it stumping up somewhere between $4-billion and $5-billion.

Poland, which imports more than half of its needs, has also taken the company to international arbitration to try to get the rate it pays for gas reduced.

Gazprom expects to export 150 billion cubic metres of gas to the EU this year, unchanged from 2011, though analysts are skeptical about its ability to sustain such volumes in the face of sluggish demand and an influx of alternative fuel such as liquefied natural gas, shipped by sea.

Data showed a fall in Gazprom's export volumes to Europe in January-August of 10 per cent year-on-year, according to a Gazprom source.

Last year, Gazprom sold gas to Europe and other countries outside the former Soviet Union worth $55-billion. The revenues are expected to be lower this year after it offered price cuts on long-term gas supplies after pressure from customers.

It is also considering building an LNG plant in Vladivostok with a Japanese consortium. 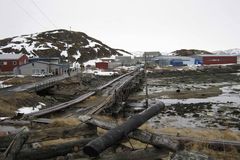 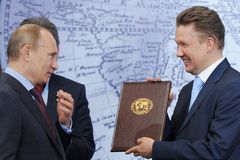 Russia hits gas companies with tax hikes to pay for election promises
May 2, 2012 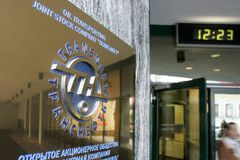 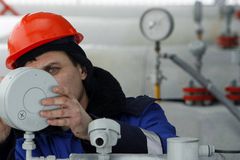