Tumbling German factory orders and a sharp fall in investor confidence have raised fears that the euro zone is on the verge on another recession.

The decline in factory orders was the deepest since 2009, when Europe was in full-blown recession, and came amid reports that the European Commission is likely to reject France's 2015 draft budget, which contemplates running a bloated budget deficit until 2017.

France, whose economy flat-lined in the second quarter, sent prime minister Manuel Valls to London on Monday to try to convince investors that France was insistent on reforming its uncompetitive economy in spite of the missed deficit targets. "My government is pro business," he said, speaking at Guildhall in the heart of London's financial district.

Adjusted for inflation and seasonal factors, German factory orders dropped 5.7 per cent in August over July, the Economy Ministry said. Some economists warned against putting a lot of stock in the figure, because the July reading showed a 4.9 per cent rise in factory orders. Still, the figure was well below the consensus forecast for a 2.5 per cent drop.

Orders were down 1.3 per cent year on year.

German export orders showed the biggest decline, with a fall of 8.4 per cent in August, while domestic orders slid only 2 per cent. The soft economy in the 18-country euro zone – Italy is back in recession – and the conflict in Ukraine are taking the blame for the drop in German export orders.

Propelling the negative sentiment was a fresh report from German research firm Sentix, whose investor morale index fell to minus 13.7 this month, the lowest since May, 2013. "As the assessment of the current situation and the 6-month expectations both are now clearly in negative territory, the Sentix indicies point currently to a recession in the euro area," Sentix senior analyst Sebastian Wanke said, according to a Guardian report.

The European stock market indexes rose by almost 1 per cent as investors took the view that the barrage of bad economic news, including the threat of deflation and waning euro zone growth estimates, will encourage the European Central Bank to launch U.S.-style quantitative easing. Last week, the ECB unveiled plans for a narrow form of quantitative easing that will see thank buy private assets, such as covered bonds.

The euro zone slowdown can in good part be blamed on France, the region's second largest economy, which seems to be trapped by low growth and low inflation and an apparent unwillingness, so far, to launch tough economic reforms to clean up its finances and improve its competitiveness.

France was supposed to have reduced its deficit to at or below the ceiling of 3 per cent of gross domestic product last year. But in 2013 it negotiated a two-year extension, to 2015, with the EU's finance ministers to reach that target. Last month, the government of president Francois Hollande announced the 2015 deadline could not be reached and that the deficit not reach that the 3 per cent threshold until 2017.

The Wall Street Journal and Reuters reported that the European Commission would likely reject France's draft budget, forcing a rewrite that would see a greater fiscal consolidation effort. The EC has not insisted on changes to a national budget in the past and may fear that failure to enforce the French deficit rules would encourage other countries to abandon their fiscal targets.

Mr. Valls, the French prime minister, used his London appearance to promise that reforms would be made and that the 75 per cent top marginal tax rate, introduced by Mr. Hollande as an austerity measure, would be repealed next year. .

He also used his speech to encourage Britain, which is on the verge of displacing France as the EU's second largest economy, after Germany, to stay within the EU. He warned that London's financial industry would "lose a lot" if Britain were to "turn its back" on Europe.

British prime minister David Cameron has pledged to hold a referendum on EU membership in 2017 if he wins the general election next year. In both Britain and France, anti-EU parties placed first in May's European elections. 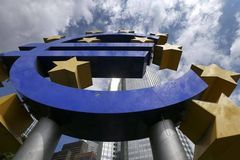