Given the current stellar performance of most German engineering companies, the phalanx of BMWs parked outside a printing press factory in Offenbach this month might have warranted little attention.

But several of these vehicles outside the Manroland plant near Frankfurt belonged to prospective investors who were shopping for assets following the press maker's insolvency in November.

That a German company with huge technological expertise should find itself in such dire straits seems anomalous – the rest of the country's machinery industry recovered rapidly from the last recession and order books remain solid.

But a reluctance by banks to finance big-ticket purchases has exacerbated a long-term structural shift in the printing press industry caused by overcapacity and the increasing preference among Western consumers for digital content over the printed word.

As a result, more than 500 years after Gutenberg perfected moveable type, the three largest German printing press makers – Heidelberger Druckmaschinen, Koenig & Bauer (KBA) and Manroland, which together account for 60 per cent of the global market – are struggling to turn a profit.

A creditors' committee was on Wednesday night due to decide on a potential sale of Manroland's assets. Its insolvency administrator said a priority was to preserve as many jobs as possible; around 1,800 jobs in Offenbach and some 6,200 company-wide are at stake.

Manroland sought insolvency protection after its owners – the private equity arm of Allianz, the German insurer, and truck maker MAN – declined to inject more money after the company witnessed a "dramatic downturn" in incoming orders since last July that it blamed in part on "customers finding it far more difficult to obtain financing."

Alexandra Rossel, head of the Manroland works council in Offenbach, says that "for workers and local people in Offenbach, it was inconceivable that a company like Manroland with so much history would be allowed to become insolvent."

She adds: "Workers' nerves are frayed and many are already financially stretched due to short-time working. … One colleague told me he couldn't sleep at night."

Manroland is a market leader in web-offset printing, a continuous-roll method used for the rapid high-volume production of newspapers and catalogues. Its customers include News International, which in 1987 placed the largest ever printing press order as it launched its new print facility at Wapping, east London.

However, the stagnation of print media in many Western countries has eroded demand for this sort of press as publishers have tried to consolidate production. Meanwhile, digital printers are beginning to undercut the traditional sheet-fed presses used for lower volume print runs.

"The fact is that not everyone wants to buy a newspaper any more. … People are aware that the [printing press]industry is not going to return to the levels of six or seven years ago," says Marita Weber, head of the IG Metall trade union in Offenbach.

Ingo-Martin Schachel at Commerzbank says: "Industry players expected volumes to pick up after the 2008-09 crisis but instead they have basically stagnated at 60 to 70 per cent of their precrisis levels."

Heidelberger Druck, the world's largest printing-press maker, which received bridge funding from the German government during the global financial crisis and has made a triple-digit million net loss in each of the past three years, this week announced another 2,000 job cuts from its 16,000 work force.

The outlook for the sector is not uniformly gloomy, however. Emerging markets have become voracious consumers of print media and Heidelberger Druck has a factory in China to capitalize on demand there.

German printing press makers are expanding their activities in areas such as advertising, packaging and print services which are still recording strong growth. Meanwhile, KBA has tapped profitable niche areas such as presses for printing banknotes, metal decorating and industrial coding, as well as digital print, helping it remain modestly profitable at a pre-tax level.

Suzanne Nover, a Manroland employee for more than 30 years, acknowledges that Germany's printing press makers faced a tough situation. But she is resolute: "I hope things will continue here. I want to stay." 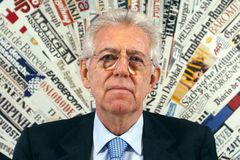 Postmedia to lobby Ottawa for more foreign investment
May 9, 2018 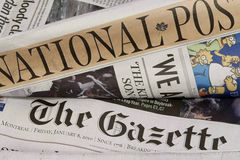 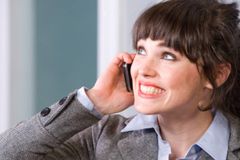