"Spain needs no programme because it is doing the right thing and will be successful," Mr. Schaeuble told the Foreign Press Association in Berlin, saying he was in full agreement with the Spanish government.

"What Spain needs is the confidence of the financial markets and that is where Spain has real problems," he added.

In Madrid, Spain's deputy prime minister denied a Reuters report that the government is considering freezing pensions as it races to cut spending and meet likely conditions for any rescue package.

"The prime minister has said publicly that the first thing he did when taking power was bring pensions up to date and that should be respected ... in his exact words, it would be the last thing he would touch," Soraya Saenz de Santamaria told reporters.

Reuters also quoted sources with knowledge of the matter as saying Spain was considering speeding up the raising of the retirement age to 67 from 65.

The government is committed to a 1 per cent increase in pensions and a 3 per cent regular inflation catch-up by the end of the year. Suspending inflation indexation might enable Mr. Rajoy to argue he had not "touched" pensions while saving money in real terms.

Spain's borrowing costs have begun to creep up again as government officials and euro zone partners have sent confusing signals over whether Madrid would apply for and receive a precautionary credit line.

The country faces a €27.5-billion ($28.19-billion U.S.) debt redemption hump in late October, but EU officials said they did not expect Mr. Rajoy to submit an application before regional elections in his home region of Galicia on Oct. 21 – too late to receive ECB backing by that deadline.

The ECB has conditioned its willingness to buy shorter-term bonds in the secondary market on vulnerable countries applying for assistance, negotiating a memorandum of understanding and accepting strict conditionality and international supervision.

Italy may soon come into the frame too.

Late on Thursday, it produced some dismal forecasts, predicting the economy would shrink this year by 2.4 per cent, twice as much as the previous projection of a 1.2 per cent drop, made in April. It also hiked its forecast for the 2012 budget deficit to 2.6 per cent from 1.7 per cent.

The latest turn of events demonstrates that the period of calm the ECB has bought the euro zone by promising to intervene to lower borrowing costs may be short-lived unless it can back up its words with actions.

Credit ratings agency Moody's, which has said it would welcome a Spanish application for assistance, is due to conclude by the end of the month a review of whether to downgrade Spanish sovereign debt to junk status.

Mr. Schaeuble said Spain had made clear it would not need the full €100-billion which euro zone countries have already agreed to lend it to recapitalise ailing banks hit by the collapse of a real estate bubble and a deep recession.

The European Commission said on Thursday that any money left over could not be diverted for other purposes.

Mr. Rajoy is keen to avoid the political stigma of a sovereign bailout even though Madrid would not need to be taken off the international credit markets like Greece, Portugal and Spain.

Officials who attended a euro zone finance ministers meeting in Cyprus last weekend said Mr. Schaeuble had told colleagues it would be hard to persuade the German parliament to approve another rescue programme for Spain so soon after the bank aid.

Madrid is due to approve a tough 2013 budget next week, set out a timetable for implementing economic reforms announced in July and publish the results of a detailed audit of Spanish banks' recapitalisation needs.

Mr. Schaeuble also said nobody in the euro zone wanted Greece to leave the currency bloc but Athens had to demonstrate it was sticking to the terms of a second international rescue package.

There was "no guarantee that they can keep on convincing people in the other countries" that it is in their own interests to keep Greece in the euro zone, he said.

EU officials and sources in Germany said a crucial report by Greece's international lenders on whether its debt is manageable was likely to be delayed until after Nov. 6, to avoid an economic shock that could hurt U.S. President Barack Obama's re-election.

That would leave Greece perilously short of cash but in Athens, a finance ministry official said Greece had been assured that the so-called troika report would not be delayed past the election.

After a week of mass demonstrations against planned tax increases imposed to meet targets set in Portugal's bailout programme, Prime Minister Pedro Passos Coelho promised to "listen to the nation", suggesting he could soften the measures.

"We are not deaf to the difficulties faced by the country," Passos Coelho told parliament of nationwide protests against a planned rise in social security contributions.

Portugal has entered its worst recession since the 1970s as it labours under sweeping tax rises and spending cuts, with the centre-right government's popularly falling to an all-time low after it announced the tax changes.

In Greece, the cuts ranged from 20 per cent to 40 per cent, while new pensioners had a 10 per cent pay cut in Ireland and Portugal scrapped the Christmas and summer extra payments.

While an announcement could be made next week when the government adopts the first draft of the 2013 budget, political analysts say Mr. Rajoy may be tempted to wait until after a regional election in his native north-western Galicia.

The timing of any request for European aid is in Mr. Rajoy's hands. Some pointers suggest he could make the move along with the budget package to pre-empt a credit review by ratings agency Moody's, due by end-September, which might otherwise downgrade Spanish debt to junk status. Moody's has said it would welcome a Spanish aid request.

However in Brussels, EU officials close to the discussion said they did not expect Madrid to seek an assistance programme before the October 21 regional vote. That would mean Spain would have to get over a €27.5-billion refinancing hump at the end of October without the euro zone rescue fund or the ECB buying its bonds.

The spread between Spanish and German benchmark 10-year bonds, a measurement of the perceived risk of investing in Spain, widened a few basis points on Friday to 417.

As Reuters reported first last month, Spanish officials led by Economy Minister Luis de Guindos have been talking discreetly to the European Commission since at least early August about possible conditions and supervision for a precautionary programme that would keep Spain in capital markets.

Mr. De Guindos made clear at a meeting of euro zone finance ministers in Cyprus last weekend that Spain, keen to avoid having terms imposed from outside, would announce its own reform measures and timetable on September 28, a day after a draft 2013 budget is approved by the cabinet.

Mr. Rajoy performed especially well among pensioners when he was elected in a landslide last year and his first move after taking office was to restore the inflation adjustment his predecessor Jose Luis Rodriguez Zapatero had removed in May 2010 when Spain entered in the eye of the storm of the euro zone debt crisis.

Mr. Zapatero also passed last year a law to add two years to the retirement age by 2027. Mr. Rajoy's People's party, then in the opposition, voted against the change.

With unemployment soon to top 25 per cent and set to remain at high levels until at least 2015, the number of people contributing to the state pension system has fallen to its lowest level in 10 years. There are now 2.39 workers contributing fees to support one pensioner.

As unemployment is expected to grow and the population to age, this ratio is set to fall to 2 in the next months, a level the OECD in 2011 expected Spain to reach only in 2011.

A spokesman for Spain's employment ministry said on Friday EU authorities were no longer pushing to speed up the raising of the retirement age, since they May recommendations were revised in July. A parliamentary committee would soon begin debating other ways to make the pension system sustainable, he said.

The government tapped €4.4-billion from an insurance fund to make July and August payments to the 8.1. million pensioners, about a fifth of the population.

It also said it could not rule out using the pension guarantee fund – meant only for emergencies – by the end of the year to pay the pensioners their monthly cheque. 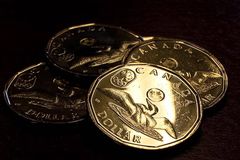 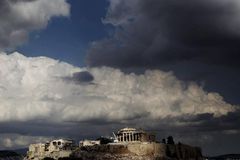 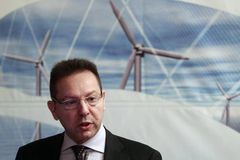