One way or the other, the Greeks will be defeated. They will accept a deal from the creditors they don't want, one that will doom them to another decade of austerity-induced recession, maybe depression. Or they will reject the deal and watch their economy collapse virtually overnight.

The defiant country will have fought its creditors to the very end, perhaps foolishly, but with pride. Oxi – No – was Greece's war cry against the Italians in the Second World War, when Benito Mussolini, his troops amassed in Albania, issued Greece an ultimatum: Surrender or face invasion. The Greek counteroffensive forced the Italians into full retreat.

Seventy-five years later, Oxi resurfaced as the war cry of the No side in the July 5 Greek referendum – No to the creditors' demands. The No side won, triggering economic and political mayhem.

One way or the other, the Germans will be defeated too. But unlike the Greeks, their defeat will not be a proud one. If Greece is pushed out of the euro zone – the verdict should be known by early next week – the queen of Europe, German Chancellor Angela Merkel, will have presided over destruction of the region's southeastern flank and opened the door to other defections. Who next? Portugal? Spain? Italy?

And if she rams a deal down the throats of the Greeks, she will be seen as the bully European leader who kept the euro zone family nominally intact by locking the disobedient child into a mouldering basement and throwing away the key.

How did Europe and Greece get into this sorry mess?

To be sure, the Greeks are their own worst enemies, and their sins – from never-ending, industrial-scale tax evasion to serially incompetent and corrupt governments – are well documented. That's the story the creditors like to spin; they do it well and they're not wrong. What you don't hear is how the creditors, notably Germany, took a bad situation and made it worse. In roads littered with cans, they took every opportunity to kick them.

Let's forget for the moment that Greece had no right joining the euro in the first place; with a little help from its sleazy Wall Street friends, it covered up the true extent of its debt. Let's also forget that European banks and bond investors were happy to keep funnelling cheap money into Greece during the pre-Lehman Bros. boom era even though Greece's debt to gross domestic product ratio was rising by an alarming 10 per cent a year.

As the effective leader of Europe, Ms. Merkel's chief fault was dithering, in the apparent belief that time would cure all evil. She was dead wrong.

In 2010, Germany and the rest the European Union put the kibosh on a Greek default on its private debt that, had it gone ahead, would have wiped out some €200-billion ($283-billion) of its liabilities. They did so because the default shock probably would have crippled more than a few European banks, which were still reeling from the global financial crisis. In came the first of two bailouts (combined total about €240-billion), much of which, in effect, went to bail out the hapless European banks that were exposed to Greece.

Banks saved, Greece sacrificed. The fiscal adjustment that was forced onto Greece in exchange for the bailouts was brutal, which led to Germany's second big mistake: Failure to dilute austerity when Greece was drowning.

The May, 2010, staff projections made by the International Monetary Fund, Germany's political-cover partner in the Greek bailouts, tells the story of austerity gone mad. The projections said real GDP growth would return in 2012 and reach 3.8 per cent by 2015; instead Greece's GDP fell by more than 25 per cent, and it's back in recession after a brief flirtation with growth last year. They said unemployment would peak at 14.8 per cent; it went to 27 per cent. Debt would go to 140 per cent of GDP; instead, it went to 180 per cent, in good part because GDP itself – the denominator in the ratio – fell so much.

By 2012, it was apparent that piling austerity onto Greece was backfiring badly. Yet the EU, led by Germany, and the IMF kept tightening the austerity screws. At the same time, they talked about "social fairness," a term they still use today as they insist on more cutbacks. Is it any wonder that Syriza, the radical left, anti-austerity party, could thrive amid such misery?

In the 2009 election, the year before anyone had heard of austerity, Syriza won 4.6 per cent of the vote. In the 2012 election, it won almost 27 per cent. In the 2015 election, its 36-per-cent share thrust it into power. In the July 5 referendum, the No side, which was endorsed by Syriza, took 61 per cent. Germany might say that no good deed goes unpunished. It "saved" Greece and, in return, was handed a hostile, anti-austerity Greek government. Syriza was the inevitable reaction to a fiscal adjustment program taken too far at the wrong time.

Now Ms. Merkel's drive for European integration is seeing her unleash her hard-ass Finance Minister, Wolfgang Schaeuble, on the annoying Greeks. At the same time, the German government is giving the impression that it is calling the shots at the allegedly apolitical European Central Bank. In the past two weeks, the ECB has twice refused to boost the emergency loan assistance program to the Greek banks, forcing them to shut their doors and to ration daily ATM withdrawals to €60, even though the banks have not been declared insolvent.

Mr. Tsipras also pushed too hard, and his ridiculous referendum, complete with a confusing question, is turning into a Pyrrhic victory. The creditors took it as a snub and showed no mercy. By the end of the week, Mr. Tsipras found himself offering up reforms and cutbacks that were deeper than the ones he offered last month, before the talks collapsed.

Imagine if Ms. Merkel had shown commanding leadership three or four years ago and taken charge of the Greek file. Imagine if the Greeks were allowed to default on their debt and that an austerity package that emphasized growth measures over tax hikes and spending cuts had been put in place. Instead, the wounds in a tiny country were allowed to fester to the point that it has threatened to wreck Ms. Merkel's dream of a united Europe.

The cost to the West for losing Greece is not worth it
Subscriber content
July 10, 2015 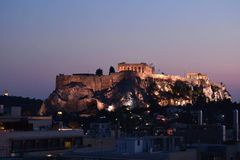 Opinion
Ontario is no Greece, but its debt is more than a casual concern
July 10, 2015 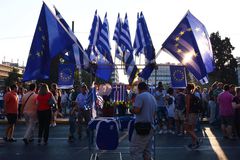 Opinion
There’s blame to spare in the Greek debacle
July 9, 2015 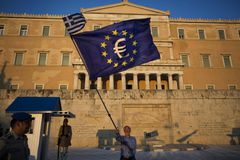