The head of Greece's privatization agency said on Friday he was forced to resign because its new government blocked his effort to sell off assets, in the latest blow to a programme central to Greek hopes of regaining credibility with lenders.

"The newly elected government did not give the agency the support it needs," Mr. Mitropoulos, privatization chief since August 2011, wrote in his resignation letter made public on Friday.

"On the contrary, in an indirect but systematic way, it undermined the agency's authority and credibility with potential investors."

A government official denied the accusations.

Asset sales are a key condition of Greece's €130-billion ($158-billion U.S.) bailout and Prime Minister Antonis Samaras's government has made kickstarting the program a key plank of its effort to restore the confidence of the troika of lenders keeping Greece afloat.

Mr. Mitropoulos' blunt criticism of the conservative-led government and the delays to the programme while his replacement is found risk exacerbating the feeling among lenders that Greece lacks the will to reform, analysts said.

"Valuable time will be lost," said Takis Zamanis, chief trader at brokerage Beta Securities in Athens. "All these management changes will worry the troika."

Athens had planned to raise more than €3-billion this year, but Mr. Mitropoulos told Reuters last week that the government would miss the target because of administrative delays caused by repeat elections and other red tape.

In his resignation letter, Mr. Mitropoulos said the delays and gloomy market sentiment meant it was "extremely unlikely" that proceeds from sales this year would exceed €300-million.

Earlier this month, Mr. Mitropoulos accused Greece's ruling parties of dragging their feet on permits and approvals to push through planned privatizations.

A government official denied the accusations made by Mitropoulos, saying the privatisation chief was to blame for the delays and that Mr. Samaras would have dismissed him anyway.

"Mitropoulos knew that, so he submitted his resignation," the official said, speaking on condition of anonymity.

The government said his replacement and a contender for the vacant post of chairman would be found in the next week.

Even before the resignation, Greek media had speculated that the government would replace Mitropoulos since incoming administrations in Greece often change the heads of state-run companies and organisations to reward loyalists.

Board member Antonis Vartholomeos, who was appointed by the ruling New Democracy party, is among those cited in media reports as a possible replacement for Mr. Mitropoulos.

Analysts said a reshuffle for political reasons risked further annoying lenders fed up of Greece's inability to leave behind entrenched and counterproductive ways of administration.

"In this state of war the government can't afford the luxury of an adjustment period. The officials shouldn't change whenever the government changes unless, of course, someone is not doing his job right."

Athens initially targeted privatisation proceeds of €50-billion by 2015 but cut the target to €19-billion after a making very slow start on the program.

It missed its goal for last year and the privatisation agency suspended operations in April as Greece readied itself for what turned out to be the first of two parliamentary elections this year.

The new government, which took power in June, has promised privatisations will be a key part of its effort to show exasperated foreign lenders that Greece has turned over a new leaf and is serious about reform.

About 90 per cent of Greece's privatization program revolves around land leases and infrastructure concessions. With a huge portfolio of 70,000 real estate assets, the country is also looking for investors to develop the old Athens Hellenikon airport, Europe's biggest real estate project. 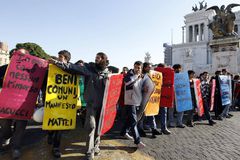