A polarised Washington that cannot find a way around the looming "fiscal cliff" is compounding economic uncertainty, freezing business investment and threatening growth, the IMF's No. 2 official and its top-ranking American said on Monday.

In an interview with Reuters in Tokyo, IMF First Deputy Managing Director David Lipton said the United States needs to do more to show it is trying to address the expiring tax cuts and automatic spending reductions that will hit early next year unless Congress acts.

The looming fiscal tightening in the United States and the euro zone economic crisis are the two biggest risks facing the world economy, Mr. Lipton said. While most of the focus has been on Europe, Mr. Lipton stressed that the U.S. fiscal problems also posed a significant threat.

"We would like to see the United States lower the level of uncertainty by embracing more specifically the need to avoid the fiscal cliff and deal with the medium-term problems," said Mr. Lipton, a former economic adviser to President Barack Obama.

"Both sides of the political isle (should) signal that they are willing to compromise and that they're willing to get this done ... that could help lower the level of uncertainty that is affecting U.S. investors and consumers," he added.

The IMF is set to cut its forecasts for global growth on Tuesday when it unveils its World Economic Outlook report ahead of meetings this week of global finance chiefs in Tokyo.

"It is hard to find short-term financial market indications of worry. On the other hand, it is hard to find companies willing to invest money for the long term. And when you ask them why not, they say it is because of uncertainty. To me that is prima facie evidence there is a problem," Mr. Lipton said.

Mr. Lipton said both Democrats and Republicans were sticking to their entrenched positions, and it would be good for confidence if whoever wins the November U.S. presidential election signals early on that he is willing to compromise.

"I know that doesn't come naturally because in a negotiation people tend to do the opposite," he said.

"Any significant start would be a way to build confidence," said Mr. Lipton. "That could be followed by a more comprehensive approach to dealing with the problem, but for there to be a real reduction in uncertainty that opens the gates for meaningful and increasing investment... the two parties need to show there is a path to resolution so business can have some certainty."

If nothing is done, U.S. tax increases and spending cuts worth $600-billion (U.S.), equivalent to 4 per cent of U.S. GDP, will take effect in fiscal 2013, Fitch Ratings has estimated.

Mr. Lipton said the IMF and World Bank meetings will focus on how Europe can show unity in implementing key decisions, including a bond-buying program promised by the European Central Bank to lower the borrowing rates of troubled countries like Spain.

Euro zone members have struggled during the crisis to show unity, partly as richer northern countries resented having to finance their poorer southern neighbours.

Euro zone finance ministers will meet on Monday to formally launch a €500-billion ($650-billion) permanent bailout fund, a significant step to erecting a financial firewall for troubled European countries. IMF Managing Director Christine Lagarde is in Brussels for the talks.

"Our view is that Europe has taken key decisions that could well open the way to a resolution of the crisis," Mr. Lipton said. "The international community will want to discuss how Europe can show unity in coming together to implement the things it has decided in a timely and forceful way."

He said actions to address Europe's problems needed to be tackled on three fronts: national governments should work to improve their own policies, European institutions should ensure that countries continue to have access to markets; and politicians need to elaborate on how they will redesign the euro zone financial system.

Mr. Lipton said the IMF stood ready to help Spain and other European countries. So far, none besides the three countries already on IMF-EU program -- Greece, Ireland and Portugal -- has requested financial assistance.

"We are open to further engagement with Spain and other European countries if they want it, but they haven't asked for it. So in essence we stand ready but await Europe devising a more specific strategy," he added. 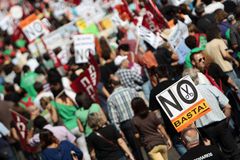 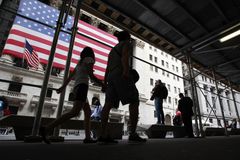