A deeply troubled Europe faces two years of even weaker-than-expected economic growth that will lack the heft to ease its high jobless rates.

The European Central Bank now sees the euro zone economy contracting by 0.5 per cent this year, slightly worse than its original projection of 0.4 per cent. The new 2013 forecast for the 17-nation group calls for a contraction of 0.3 per cent, compared with an earlier projection of 0.5-per-cent growth, while 2014 would see growth of 1 per cent.

The ECB's new outlook, unveiled Thursday as the central bank held its benchmark lending rate at 0.75 per cent, came one day after Britain's Office for Budget Responsibility also lowered its projections through to 2014. These new forecasts suggest Europe faces a tough slog over the next couple of years, with growth too weak to bring down unemployment, which stands at 11.7 per cent in the euro zone and 7.8 per cent in Britain.

Still, both the ECB and the Bank of England kept their rates on hold, the former noting that inflation, while falling, is still above the 2-per-cent target and a recovery is expected, albeit slowly.

"In the second part of next year, we should see the beginning of a recovery," ECB chief Mario Draghi told reporters in Frankfurt.

Mr. Draghi also noted that sovereign borrowing costs have plummeted in the struggling euro zone countries, detracting from the argument that the ECB should reduce rates once again. Borrowing costs in Spain and Italy have fallen by 2 percentage points or more since the ECB, in September, announced it was prepared to buy bonds to bring down their yields.

The program, known as Outright Monetary Transactions, has yet to be triggered, but its mere presence has been enough to remove some anxiety among bond investors.

Some economists were surprised the ECB did not cut rates, given the recessionary outlook and falling inflation.

"At face value, the sharp downward revision of the growth outlook for 2013 and lower inflation could have been an ideal invitation for another rate cut," said Carsten Brzeski of ING Financial Markets. "The decision to keep rates on hold, at the same time, shows that currently more ECB members believe in the green shoots sprouting in the winter and half-empty glasses turning half-full rather than in their own staff's projections."

Mr. Draghi said there was a "wide discussion" about interests among the ECB board members, suggesting a minority favoured a cut.

"It was a consensus decision, with some discussion of a rate cut suggesting an increasing appetite to ease amid a weaker outlook," said senior economist Benjamin Reitzes of BMO Nesbitt Burns. "Even so, while the risks to the economic outlook remain on the downside, the ECB will likely remain reluctant to ease policy until the downside risks spread to price stability as well."

When asked whether the soaring European jobless rate was a price worth paying for the deep austerity efforts, Mr. Draghi blamed the failure of the precrisis governments to keep their economies fiscally sound and competitive for today's problems. "It's a very high price, but it's unavoidable," he said.

He gave no hint whether Spain was ready to ask for assistance under the OMT program, which would be done in conjunction with the new bailout fund, the €500-billion ($643-billion) European Stability Mechanism.

"We don't tell the governments what to do," he said, a reference to structure of the OMT, which requires governments to ask for assistance before it is triggered. 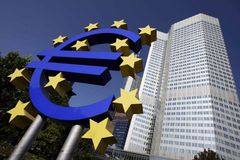 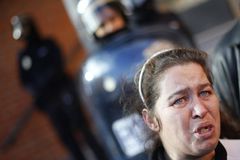 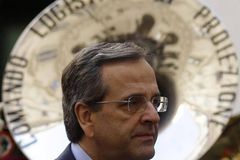 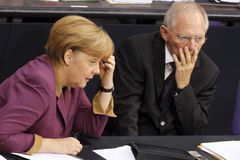 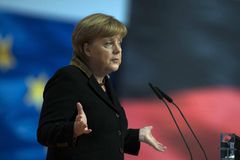