Manulife Financial Corp. is acquiring the Canadian operations of Britain's Standard Life PLC in a $4-billion deal that builds both insurers' wealth businesses and boosts Manulife's presence in Quebec.

Canada's largest insurer by market capitalization said it was approached by Edinburgh-based Standard Life several months ago as the company looked to part ways with its Canadian unit, which has 2,000 employees and 1.4 million customers. One of the main attractions for Toronto-based Manulife was Standard Life's much larger presence in Quebec.

The deal was also attractive to Manulife in large part as a way of accelerating its wealth and asset management business, including retirement and group benefits.

The two global companies will build on their existing wealth and asset management partnership to improve offerings in regions where each is weaker.

Manulife has been steadily expanding its asset management business internationally in recent years, with a focus on North America, Asia, Europe and the Middle East. The company's global asset management arm reached $300-billion in assets under management at the end of June.

The collaboration "will broaden the range of asset management products and solutions available to our clients in Canada and around the world," Kai Sotorp, executive vice-president of global wealth and asset management, said in a statement.

Mr. Guloien said the deal will require regulatory and Competition Bureau approval, but he couldn't identify any parts of the Standard Life business Manulife would not want to keep and says the company doesn't expect it be an issue. He described the bidding process as "very competitive."

The move will notably help Manulife meet and exceed its target of generating annual core earnings of $4-billion by 2016 (core earnings strip out the impact of interest rates and one-time items). Manulife's core earnings in the first half of 2014 reached $1.42-billion.

The company will eventually convert the Standard Life-branded business to its own Financière Manuvie brand in Quebec, and the Manulife brand elsewhere in Canada. It has also set a goal of not cutting any jobs within Standard Life's operations for 18 to 24 months, in an effort to protect customers from any disruption. Integration costs are expected to total $150-million in the first three years.

A portion of the acquisition will be funded with $2.1-billion of subscription receipts, which gives each receipt holder the right to one Manulife common share plus a dividend consideration. This sale will be facilitated in part through a $1.6-billion bought deal.

The rest of the equity financing will come in the form of a $500-million investment from Quebec pension manger Caisse de dépôt et placement du Québec. This investment doubles the Caisse's interest in Manulife to $1-billion, making it one of the insurers largest stakeholders.

"By capitalizing on these strengths, Manulife is committed to reinforcing Montréal as a financial centre," Michael Sabia, CEO of the Caisse, said in a statement.

Manulife said the remaining funding amount would come through internal resources, and the possible issuance of preferred shares or debt.

The move won't affect the insurer's ability to pay dividends to shareholders, and will boost its ability to increase dividends in the coming years, Manulife said.

The deal is expected to add approximately 3 cents in earnings per share each year, excluding transition and integration costs, for the three years to 2017. But the company said the transition costs in core earnings "will create a modest, temporary headwind on our core [return on equity] objective of 13 per cent."

"From our perspective, this is likely as clean an acquisition as Manulife could do, with little disruption to its capital or leverage ratios," John Aiken, an analyst at Barclays Capital, said in a note to clients. "Further, we do not believe that this transaction necessarily precludes Manulife from pursuing other opportunities." 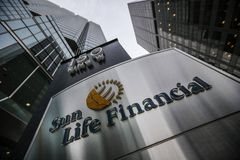 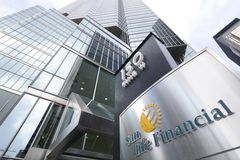