At first, Mark Carney seemed willing to leave the Brexit debate to others.

What followed instead was a bout of verbal intervention that made the Bank of England governor a target of ire by exit proponents and a key figure in the intensifying campaign for Britain to remain in the European Union.

The crux of the turnaround was a drop in the pound amid a growing international chorus warning about the consequences of leaving the 28-nation bloc. Mr. Carney's change of approach began in late February, as polls showed a bounce in favour of Brexit, with the governor joining Chancellor of the Exchequer George Osborne in Shanghai for a meeting of counterparts from the world's 20 biggest economies.

"On the one hand, they didn't want to say anything," said Danny Blanchflower, a former member of the BOE's Monetary Policy Committee. "On the other, they felt like they had to do something."

The week that would be sterling's worst since 2009 began with the ruling Conservatives fracturing over Brexit. On Feb. 21, the day after Prime Minister David Cameron set the vote date, Boris Johnson, one of the party's most high-profile politicians, declared in favour of leaving the EU. As the currency plunged, Mr. Carney committed to sidestepping the argument.

"We are not making a judgment about the potential outcome of the referendum – in other words, which side will win – or an assessment of the potential consequences of a leave vote," Mr. Carney told lawmakers on Feb. 23. He began to tip his hand, though, saying it was "increasingly clear" that the market jitters were related to the referendum.

Three days later, with the pound languishing at the weakest since he became chancellor, Mr. Osborne was lobbying the Group of 20 nations to warn about the risks around the vote. International Monetary Fund managing director Christine Lagarde was already on record saying a British exit would be "negative on all fronts."

For both the governor and the chancellor, the currency matters. A weaker pound lifts inflation and may up the pressure for tighter monetary policy sooner than would otherwise be warranted; it could also be a harbinger of serious economic woes. Sterling's low point was at $1.3836 (U.S.) on Feb. 29, a drop of about 10 per cent since the start of November.

"As an economist, which is ultimately what he is, it's impossible to ignore that sort of movement," said James Rossiter, an economist at TD Securities and a former BOE official. "You really do need to provide some insight and opinion on how that's affecting the economy."

Mr. Carney may be an economist, but observers have always noted his appetite for politics – enough to stoke speculation of a return to Canada in a government role. It was no surprise in hindsight that the governor joined the Brexit fray as worries mounted beyond the walls of the BOE, including at the Treasury. He has also shown an openness for media that far outstrips his predecessors, even making unprecedented appearances on television chat shows.

Behind the scenes, Mr. Carney had already pondered Brexit for much of the past year, though less privately than intended. "Project Bookend," a 2015 BOE study into the risks, had been revealed in an e-mail mistakenly sent to the Guardian newspaper. He played down the results of that as "a bit of a yawner" in October.

On March 8, in the wake of the pound's slump, Mr. Carney dropped his first bomb: An exit would be ''the biggest domestic risk to financial stability,'' he told lawmakers. Nine days later, the BOE said building uncertainty could hold back investment and growth.

At the central bank, there was a growing sense it was impossible to avoid the topic. A spokesman said the governor had addressed issues relating to the impact of the referendum on the bank's ability to achieve its remit through the usual updates.

By April, international commentators were out in force. The IMF upped its own rhetoric to warn Brexit could cause "severe regional and global damage" and the Organisation for Economic Co-operation and Development said leaving would "be akin to a tax, imposing a persistent and rising cost" on the economy.

This gave Mr. Carney cover to go further. In May, the central bank's quarterly Inflation Report featured almost 100 mentions of the word referendum and an unprecedented attempt to strip out the effect on the pound. At a press conference on May 12, the governor told journalists "a vote to leave the EU could have material effects on the exchange rate, demand and supply potential" and the consequences "could possibly include a technical recession."

Canada's Finance Minister urged Britons this week to vote to stay in the European Union in next week's referendum and warned them that jobs with Canadian firms based in Britain could be at risk if the country left the bloc.

Finance Minister Bill Morneau – who was in London for meetings at the British finance ministry – said Britons who want to leave the EU, and would prefer something similar to Canada's more limited trade relationship with the bloc, were mistaken.

When he last visited London in April, Mr. Morneau declined to comment on the June 23 vote on EU membership, but since then other foreign leaders including U.S. President Barack Obama have urged Britain to stay in and in recent days opinion polls have put the "Out" campaign in the lead.

A trade deal between Canada and the EU is due to take effect next year. Mr. Morneau said it would be weaker without Britain and that many Canadian businesses had invested in Britain to obtain direct access to markets across the 28-nation bloc.

"For those tens of thousands of employees in those businesses, we can only say that [leaving the EU] puts them in a more vulnerable position."

Mr. Morneau did not mention by name any Canadian companies with investments in Britain, but they include firms such as engineering group Bombardier and banks such as RBC and Bank of Nova Scotia.

Mark Carney’s outspokenness lands him in the eye of the Brexit storm Subscriber content
May 15, 2016 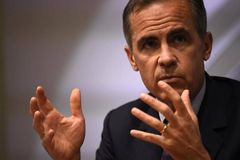