He has been proclaimed a financial superman, an economic messiah who will lead the British economy out of the wilderness, rescue the country's banks and even make sure Jane Austen appears on the £10 note.

Such is the anticipation of Mark Carney taking up the job as governor of the Bank of England on July 1 that one British newspaper has run a three-part series on him this week and the BBC plans a live broadcast outside the bank's head office in central London Monday morning just to get a shot of him walking into work.

By any measure, Mr. Carney assumes the high-powered post under intriguing circumstances. He is the first outsider to hold the governorship in the bank's 319-year history. And given the recent changes to the bank's mandate, which have broadened its responsibilities, Mr. Carney will become the third most powerful person in Britain, after the Prime Minister and the Chancellor of the Exchequer.

The Bank of England now "has the broadest powers of any central bank in the world," said Philipp Hildebrand, former chairman of Switzerland's central bank who is now at asset manager BlackRock Inc. and who attended Oxford University with Mr. Carney.

"The workload will be a huge challenge."

But Mr. Hildebrand, like many others who know Mr. Carney, believes he is up to the task. He noted Mr. Carney's broad background – at Goldman Sachs and the Department of Finance and as governor of the Bank of Canada and chairman of the Financial Stability Board, an international agency that co-ordinates financial regulation – and said: "Mark has been kind of preparing for this his whole life."

There are certainly challenges. Foremost is the British economy. While Canada escaped the worst of the financial crisis in 2008, Britain is still feeling the impact. On Thursday, figures from the Office for National Statistics revealed the country is further away from where it was before the crisis than initially thought. Unemployment remains high and wage increases haven't kept up with inflation for years, further hampering consumers. There are signs the economy is showing some life but many economists say Mr. Carney will have plenty of work to do in turning the flickers into flames.

Then there's the challenge of running the Bank of England, sometimes known as the "Old Lady" of Threadneedle Street, with its stuffy culture and unwieldy structure. At the Bank of Canada, Mr. Carney had things pretty much his way and made the final decisions on interest rates in private, with input from five deputies. At the Bank of England, Mr. Carney will be one of nine voting members of the monetary policy committee, which sets interest rates. Minutes of the MPC's monthly meetings are made public and it is not uncommon for divisions to emerge and the governor to be in the minority. Outgoing Governor Sir Mervyn King was outvoted during the last five meetings when he pushed to increase the bank's quantitative easing (QE) program, which has injected £375-billion ($600-billion) into the economy.

"The idea that I can determine monetary policy myself is clearly false. Now I am sure that Mark Carney is very much more persuasive than me – he is a very persuasive man – but even he has only one vote out of nine on the MPC," Sir Mervyn told a parliamentary committee this week.

Mr. Carney will have to argue a position on QE and he won't have much time to prepare; the next MPC meeting is July 3.

The MPC is just the start. As governor, he will also oversee Britain's insurers and banks, and make decisions on the future of the Royal Bank of Scotland and Lloyds Banking Group, which received massive bailouts in return for government ownership stakes. He'll need to figure out whether to provide long-term guidance about interest rates, something Mr. Carney did at the Bank of Canada but has not been done at the Bank of England. He'll have to fill several key vacancies, appear before parliamentary committees and deal with a rabid British press that is already following his every word. And if all that wasn't enough, Mr. Caney will have to make the call on whether to replace Charles Darwin on the £10 note with Ms. Austen, author of Pride and Prejudice and Sense and Sensibility, something Sir Mervyn proposed this week.

Mr. Carney has already hinted that he has some idea of what he is up against. When he appeared before a British parliamentary committee earlier this year to discuss his appointment, one member of Parliament asked if expectations had been set too high.

"It's a fair question," Mr. Carney replied. "It's a much broader, deeper institution that is in charge of these responsibilities as opposed to an individual. And as that becomes more apparent, then the individual becomes much less important."

In a lengthy series of written answers to committee questions, Mr. Carney also noted: "I would like to achieve an exit in 2018 that is less newsworthy than my entrance."

Editor's Note: The description of Black Rock's business has been changed in the online version of this story.

Letter to Mark Carney: ‘Your biggest problem will be us Brits’ Subscriber content
June 28, 2013 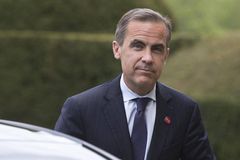 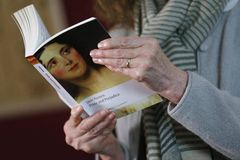 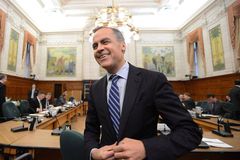