National Bank of Greece and Eurobank are in merger talks to create the country's biggest lender, banking sources said on Friday, the latest move in efforts to consolidate the entire Greek banking industry.

Banks are under pressure to merge after suffering steep losses from the country's debt restructuring, heavy deposit withdrawals and rising bad loans, but short of cash they have no option but to swap shares in order to merge.

The bourse suspended trading in the shares of National Bank and Eurobank on Friday following an earlier media report of the merger talks which sent Eurobank's shares up 5.5 per cent to 1.15 euros and National Bank's 4.5 per cent to 2.1 euros to value the two at around €2.6-billion ($3.4-billion U.S.).

Banking sources told Reuters the boards of the two banks were meeting on Friday.

"Such a deal would change the Greek banking landscape, forming a European-size player with better prospects to regain access to capital markets and money markets in particular," said Theodore Krintas, head of wealth management at Attica Bank.

At current prices NBG's market capitalisation is 3.2 times that of Eurobank.

Recapitalized with €18-billion derived from the country's international rescue fund, the country's four biggest banks, National, Eurobank, Alpha and Piraeus have already begun the process of consolidation with the buying up of smaller rivals.

Without access to interbank funding, Greek banks have relied on the European Central Bank and the Bank of Greece to relieve their liquidity squeeze. Their exposure to the Eurosystem of euro zone central banks stood at €131.6-billion in August.

"The banking system is adjusting faster than people expected to the overall restructuring the Greek economy has to go through. A deal will have a positive market impact, showing that things are moving," Mr. Krintas said.

A merger between National and Eurobank would create the biggest single bank in terms of loans, deposits and branch networks, with €109-billion in net loans, 89 billion in deposits, 178 billion in assets and a domestic network of 944 branches, said analyst Maria Kanellopoulou at Euroxx Securities.

Piraeus took over the healthy part of troubled state lender ATEbank in July and is expected to soon close a deal with Societe Generale to buy the French bank's loss-making Greek affiliate Geniki.

NBG and Eurobank did not respond to requests for comment from Reuters and the authorities were also awaiting their official response to the earlier report by news website To Vima, citing anonymous sources, that the two were exploring a merger.

"The capital market commission has asked the two banks to comment officially on the press report and the lifting of the trade suspension will hinge on their answer," an official at Greece's securities regulator said.

A merger would need approval from the Bank of Greece and the Hellenic Financial Stability Fund (HFSF), the bank support fund that has started to recapitalize the country's viable banks.

The HFSF bank support fund is due to be allocated €25-billion from the next €31.5-billion tranche of Greece's international bailout to carry out the banking sector's further recapitalization.

Another option being considered, the news site said, is a three-way merger of National Bank, Eurobank and small state-controlled lender Hellenic Postbank (TT), which the government decided in August was not viable. Both hold small stakes in TT.

Including TT in the deal could help lower the capital needs of the combined entity, meaning the HFSF would have to dish out smaller amounts, Krintas said.

"The new bank that would be formed will have a very strong presence in Greece and synergies in southeastern Europe which will mean savings," said Natasha Roumantzi, a banking analyst at Piraeus Securities.

NBG has a big presence in Turkey through its subsidiary Finansbank and both banks also have interests in Bulgaria, Romania, Serbia and Cyprus. 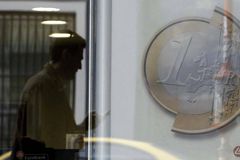 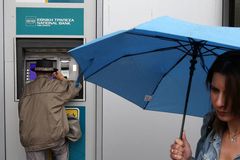 National Bank of Greece offers a haircut
May 3, 2018 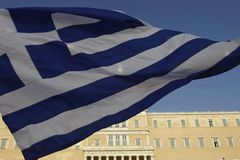 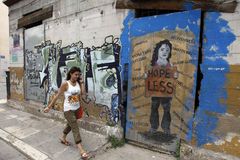