Statoil agreed on Tuesday to supply Wintershall, the natural gas unit of chemicals firm BASF SE, with 45 billion cubic metres of gas worth $17.4-billion (U.S.) at current prices, in a deal aimed at creating a flexible gas market in northwestern Europe.

"This is the first contract of such magnitude and length in continental Europe," Statoil executive vice-president Eldar Saetre told Reuters.

Government-controlled Statoil, Europe's second biggest gas supplier after Gazprom, is now selling about half of its gas under spot terms, including more than 40 per cent of its European gas, Mr. Saetre said.

By contrast Gazprom, which faces an anti-trust probe from the European Union, on Tuesday stood firmly by the established system of clinching long-term deals linked to the price of oil and insisting that customers pay penalties if they do not take the gas as agreed.

"We will defend our system of long-term contracts with all our energy," the Russian state-controlled company's export chief Alexander Medvedev told a gas conference, stressing its commitment to the European market.

"We have a portfolio of long-term take-or-pay contracts totalling 4 trillion cubic metres of gas," he said.

This approach has angered European power and gas suppliers that have to sell the gas on to customers at retail prices linked to the freely traded spot market, which can be lower than the price paid to Gazprom.

Russia provides around 35 per cent of the EU's gas demand, according to data from the European Commission, and Europe accounts for 80 per cent of Russian gas exports.

This share could shrink in future, if Gazprom does not follow Statoil's move to increase price flexibility in contracts, analysts said.

"This is a serious challenge for Gazprom … If one major supplier goes to spot indexation, the other suppliers have to follow or risk losing market share," said Bjorn Brochmann, head of gas market analysis at Oslo-based Thomson Reuters Point Carbon.

Russian gas exports to Western Europe already fell by 15 per cent during the last gas year, which ended on Sept. 30, while Norwegian supplies rose by 7 per cent, Mr. Brochmann added.

"That could already indicate that Norway is pushing harder."

French bank Société Générale SA said in a research note this week that European gas pricing was on the brink of a step change.

"In Europe, the rationale for oil indexation disappeared many years ago, so hub pricing makes more sense today," the bank said.

The European Commission launched the investigation earlier this year, focusing on suspicions Gazprom was hindering the free flow of gas across the EU's 27 countries, preventing supply diversification and imposing unfair prices on its customers.

Meanwhile, Gazprom also faced a potential domestic challenge to its export monopoly as Russia's energy ministry said it could make an exception for an independent liquefied natural gas project that could help break Russia's dependence on Europe's declining market for its pipeline gas.

Statoil said the Wintershall deal, which represents about 6 per cent of German consumption, reflects a shift toward a more flexible market, similar to that in the United Kingdom, where all Norwegian gas is sold according to spot prices.

"We are moving to that direction, we are in the transition (to the spot market), but I can't say how quickly it will take to get there," Statoil's Mr. Saetre said.

"Already, if you want to sell gas in Europe on shorter term, one- to two-year contracts, you basically have no other option but to use spot price," he added.

Analysts at SocGen said oil-indexation was already down to 55 per cent of total volumes of gas sales in Europe, and that spot indexation would be the dominant form of pricing by 2014.

Germany's two biggest utilities E.ON AG and RWE renegotiated their long-term gas purchasing contracts with Statoil this year to adjust the terms to the market conditions, but it remains unclear how much of the gas they buy is spot-indexed. 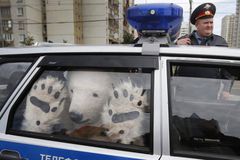 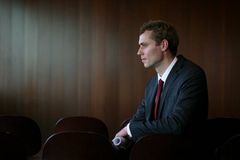