Nero, the ancient Roman emperor, realized his number was up when he dreamt of being suffocated by a swarm of flying ants.

For Silvio Berlusconi, the billionaire Italian politician, and his family-controlled Mediaset company, the omens are likewise tilted to the downside.

From the 1980s, Mr. Berlusconi ruled the roost in Italy's commercial television industry. The market leadership of his Mediaset channels and of his Publitalia advertising agency combined with his political connections to create the most formidable concentration of power and profit seen in modern European business.

Mediaset's frothy mix of quiz shows, football matches, U.S. movies and Latin American soap operas was – in a land that jumped from semi-literacy to the TV set in one generation – an unbeatable formula.

But Mediaset's profit stream is trickling to a halt. It is dawning on investors that the company is no longer king of all it surveys. Having lost 60 per cent over the past year, Mediaset's share price sank this month to €1.31 ($1.69), its lowest since a 1996 stock market debut. Cost-cutting and reduced dividends are the order of the day.

This is no mere cyclical problem sparked by economic recession and an advertising slump in Italy and Spain, Mediaset's two markets. Management is struggling to keep abreast of three concurrent developments in its business environment: technological progress, shifting cultural tastes and a transformation of Italy's regulatory climate.

Technological change is symbolized by Sky Italia, the pay-TV satellite broadcaster that is part of Rupert Murdoch's News Corp. Satellite TV was a minor force in Italy at the time of Sky Italia's launch in 2003. It seemed a remote prospect that this brash intruder would blast open the duopoly Mediaset shared with Rai, Italy's public sector broadcaster, over TV audiences and revenues.

But Sky Italia defied the odds. By 2009 it had 4.7 million viewers a day in a country of 60 million people and in February reported a small operating profit. It is more than a match for Mediaset's loss-making pay-TV business.

Today's challenge for Mediaset stems from Italy's switch to digital broadcasting and the proliferation of niche TV channels. Marco Paolini, Mediaset's strategic marketing director, predicts that Apple, Facebook and Google will present his company over the next three years with its most serious competition.

Coupled with Sky Italia's satellite platform, the new digital terrestrial channels are propelling the emergence of TV programs that depart from the unimaginative, not to say imbecilic, offerings of Mediaset and Rai.

Italians were once fed a diet of skimpily clad showgirls and politically contaminated news bulletins because that was what the duopoly served them night after night. Increasingly, viewers now have a choice and are exercising it.

A more ominous trend for Mediaset is the turning of the tide in Italy's regulatory environment. Parliament voted last month to auction new digital TV frequencies rather than give them away in a government-run "beauty contest."

Mr. Berlusconi was the brains behind the "beauty contest" idea, a scheme sure to have favoured Mediaset and Rai. But his resignation in November amid the euro zone debt crisis changed everything. His replacement was Mario Monti, who once enforced EU competition rules. What Mr. Monti does not know about unfair advantages in business can be written on the back of a Mediaset pay-TV card.

For a quarter of a century, Mediaset benefited from Mr. Berlusconi's power to shape Italy's regulatory framework. Few would deny his business acumen. But the first decade of Mediaset's supremacy owed much to his friends in high places such as Bettino Craxi, the late prime minister who fled to Tunisia in 1994 shortly before being convicted of corruption.

In that year, Mr. Berlusconi became premier for the first time, holding the job for a total of nine years between 1994 and 2011. During this era, he used Mediaset as a platform to advance his political career and parliament as a platform to advance his business interests. As he once airily observed: "If I, taking care of everyone's interest, also take care of my own, you can't talk about a conflict of interest."

But even before his resignation, there were warning signs for Mediaset. The European Court of Justice ruled last July that the subsidies Mr. Berlusconi's government had granted consumers to buy digital terrestrial TV decoders constituted illegal state aid on behalf of Mediaset.

One day Italy's economy will pick up, and so will Mediaset's ad revenues. But the days when Mediaset flourished because its owner ran the government are gone – and few people apart from its shareholders will miss them. 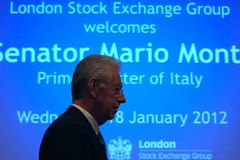 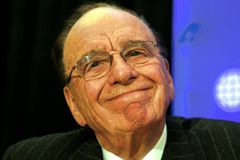