The north of England is set to once again become a mining powerhouse, as momentum gathers to build one of the world's biggest potash mines in Yorkshire.

Drilling rigs have moved into the rolling hills of the North York Moors above the ruins of Whitby Abbey on the Yorkshire coast. Two kilometres beneath those hills and extending under the North Sea are deposits of potash, the raw material that makes agricultural fertilizers.

In late October, Sirius Minerals announced results of its first drilling work in the area. "The first hole we have drilled in the York Potash Project has delivered one of the world's single thickest potash intersections ever reported," said Chris Fraser, chief executive, as shares soared.

The deposit is years away from becoming a mine, which would cost more than $3-billion (U.S.) to build. But even at its earliest stage, the Sirius project is generating a buzz of excitement because of several factors in its favour.

Analysts expect potash prices to remain buoyant for years, as pressure on food sources requires more intensive use of fertilizers. BHP Billiton Ltd., the world's biggest mining company, believes in the commodity's prospects so strongly that it launched a $40-billion bid for Potash Corp. of Saskatchewan last year.

Unlike the remote potash fields of Saskatchewan, the North Yorkshire deposit is adjacent to ports, lowering the associated production costs. From the Teeside wharves, the product can be shipped anywhere in the world.

Political support is crucial to any mining project, and Sirius seems to have local and national backing. "We're probably more excited about this than the potash people," said Jim Dillon, chief executive of Scarborough Borough Council, the local authority. "It would transform the whole area. It would be 1,000 jobs. It would be the single biggest inward investment that North Yorkshire has ever had," he said.

Anticipating a mine, Scarborough is already trying to adjust the skills of local youth. "We are talking with the local universities to make sure the curriculum is adjusted," Mr. Dillon said. "We want less hairdressers, more engineers."

Up the road from Scarborough, the Boulby mine, one of the U.K.'s last working mines, has produced potash for 40 years. This year Cleveland Potash, the mine operator that is a subsidiary of Israel Chemicals Ltd., announced plans to expand the mine. It is targeting the deep layer of polyhalite – a material that can be processed in potash fertilizer – that Sirius also plans to extract.

The expansion of Boulby has added to the potash boom unfolding in northern England. That boom has the blessing of the national government, whose regional growth fund awarded Cleveland Potash a £15-million ($23.4-million) grant to build a polyhalite processing facility in the Tees Valley.

Eventually the company aims to expand production to 5 million annual tonnes, Mr. Fraser added. That would make it one of the world's biggest potash mines.

The licence area is large, covering 630 square kilometres of moorland between the medieval towns of Whitby and Scarborough as well as a block of the North Sea. Like Boulby, which extends 13 kilometres under the sea floor, the Sirius mine would lie beneath the sea and the North York Moors National Park.

On a sunny day in September, a JCB earthmover was parked incongruously on a blooming Yorkshire lane. It was preparing a drilling site to help Sirius estimate the size of its resource. At such an early stage, the start of construction seemed as far away as the 5 million tonne production target.

Weeks later, however, the company said that the first drilling work had found a seam of polyhalite that was four times thicker than expected. Sirius can move quicker than other explorers toward development, Mr. Fraser said, because there is already such a wealth of geological data. Before it sunk its first hole last month, the company analyzed the results of more than 50 drill holes that the oil and gas industry had commissioned since the 1930s.

The licence area now covers most of the deposit area not owned by Cleveland Potash.

"In 2009 we formed the view that potash was the thing to be in," Mr. Fraser said. He contacted a geologist who had worked at Boulby and modelled the English potash basin for Anglo American PLC 15 years ago. "He told me, 'There's a hell of a lot of potash down there.'"

BHP Billiton likely to keep key mine out of potash cartel
November 17, 2011 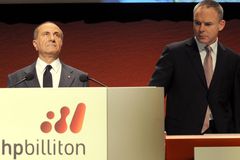 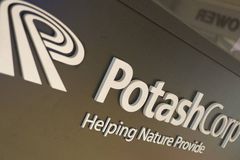