It began with the death of an anti-corruption lawyer in a Moscow jail and grew into a row between Russia and the United States. Now Russia's business elite are worried their interests could be harmed by fallout from the Magnitsky affair.

With international concern spreading after the 2009 death of Sergei Magnitsky, some Russian tycoons are worried their legitimate cross-border money transfers involving anything from industrial investments to luxury properties will get hit by red tape.

And they complain that the Kremlin's hard-line stance on Mr. Magnitsky is not doing them any favours.

"The Russian business (community) is absolutely united. The situation is more than bad and things may well spread to the EU and U.K. and God knows who could be sucked in," said a Russian billionaire, speaking at the World Economic Forum in Davos.

The billionaire asked not to be named as he said the Russian business establishment was still afraid to bring up the matter with Russian President Vladimir Putin.

Russian business has tried to stay out of politics since the country's then-richest man Mikhail Khodorkovsky was jailed for tax evasion in the last decade, a move Mr. Putin's critics say was revenge for Mr. Khodorkovsky's political ambitions.

Mr. Magnitsky died in a Moscow prison while in pre-trial custody on tax evasion changes.

Authorities said the 37-year-old died of a heart attack, but his former employer, investment fund Hermitage Capital, says he was killed because he was investigating a $230-million theft by mid-ranking interior and tax officials.

The Russian business elite was at first broadly indifferent to the case, but that changed last year when the United States introduced its "Magnitsky Act," imposing sanctions on dozens of Russians, whom Hermitage and its owner Bill Browder accused of being involved in money laundering and the lawyer's death.

Russia responded by banning the adoption of Russian children by Americans. And subsequently the fallout from the affair has increased.

Investigations have taken place in three European countries which are important conduits for fund transfers by Russian business.

In Lithuania the prosecutor's office said an investigation into suspected money laundering, based in information from Hermitage, is continuing having already resulted in the freezing of several bank accounts, while Estonia's public prosecutor said local police had investigated the matter though they decided not to open a criminal case.

And Swiss prosecutors have said they are conducting an extensive inquiry into money transfers alleged to have been made by Russian tax officials and others allegedly involved in Mr. Magnitsky's death.

Although Russian businessmen say they have nothing to fear from such investigations, they worry it will become increasingly difficult to manage global portfolios which have grown in the past two decades to take in interests ranging from soccer clubs to French castles.

The biggest concern is that Magnitsky Act-type measures will spread.

"Many more countries will join. We believe the EU will impose the Magnitsky sanctions before the end of the year," Hermitage's Mr. Browder said.

Clearly he has an axe to grind, but he says he has heard more and more complaints from Russian executives that the Kremlin needed to investigate the case properly to stop tensions with the United States from spreading and damaging business.

Economist Sergei Guriev said: "Russian business is very upset. The last development they want is to see the EU or U.K. joining those sanctions. Quite simply it is where the Russian business has huge assets and where their kids are studying."

Russian officials and bankers say the impact on commerce is becoming far too negative.

"Of course I have concerns about a worsening in (Russian-U.S.) relations. It creates unease for business. And it is a question for both sides – what's the point of continuing all this? I think it is very important to move on," said German Gref, head of top Russian bank Sberbank.

For many business executives, the Magnitsky affair is symbolic of broader concerns about operating in Russia.

The case has repeatedly soured Russia's presence at the Davos economic forum and this year delegation head and Prime Minister Dmitry Medvedev faced more tough questions focusing on the lack of reforms in his country.

Before Mr. Medvedev gave his opening speech, some 78 per cent of respondents voting in an audience packed with hundreds of Western executives and politicians agreed that Russia's biggest problem was weak government and corporate governance.

"The level of trust between Russian and foreign business is again very low. And it is a very bad sign at a time when Russia wants to speed up growth. And that is impossible without foreign investment," said a senior Russian oil executive.

Economists like Mr. Guriev note the Russian stock market has been one of the worst performers among emerging nations over the past year, despite a stable macro economic environment.

The richest BRIC nation has also seen a continuing high level of "capital flight," or money fleeing the country because of domestic uncertainties, some analysts say. A report by accountants Ernst & Young last month estimated capital flight out of Russia at $32.3-billion (U.S.) in 2011, while a Reuters poll showed net capital outflows of $71-billion in 2012.

Kenneth Hersh, CEO at NGP Energy Capital, a U.S.-based energy fund which has $13-billion under management, says he is not investing in Russia due to a general perception of a lack of rule of law and weak regulation.

And he shares concerns that the Magnitsky case is adding to the general perception of Russia as an unattractive place to do business.

"I need higher returns to compensate for that risk," Mr. Hersh said.

Canada urged to take a stand in U.S.-Russia spat over corruption, adoptions
January 1, 2013 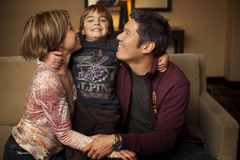 new
Investor presses Ottawa to take up case of whistleblower who died in Russian jail
December 11, 2012 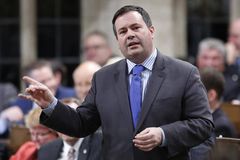 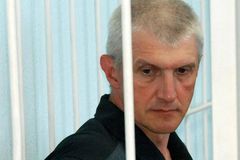 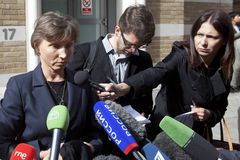 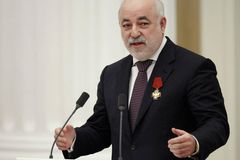