The deal, agreed on Monday with sellers BP PLC and its partners in Russia, the world's top producer, would create a combined group delivering over a third of the country's daily 10.4 million barrels of crude output, and could prove the high-water mark for Rosneft's rapid growth at home.

Antitrust head Igor Artmeyev told Interfax news agency that the group would fall in the per missible range of 35-50 per cent of market share, but future deals would face close scrutiny.

"If they are buying two bathrooms and a filling station, that's one matter. If they're talking about some major deal, then I think no," he said.

Rosneft Chief Executive Igor Sechin said earlier that the acquisition of TNK-BP from BP and its four Soviet-born billionaire partners would help the Russian economy through $3-$5-billion in synergies, largely on projects in new provinces in Russia's north and east.

President Vladimir Putin called it a good deal at a good price, and shares in Rosneft extended gains by 0.6 per cent on Tuesday, having gained 3 per cent on Monday.

It bolsters state control of the oil industry, privatised in controversial selloffs after the collapse of the Soviet Union. The reversal of that process, which enriched a handful of private individuals typically referred to as oligarchs, began with the bankruptcy auction that secured Rosneft the assets of former No. 1 producer YUKOS.

Mr. Sechin previously served in the Russian cabinet when Putin was prime minister, and some analysts expected him to go on a buying spree that could include No. 4 producer Surgutneftegaz and Soviet era foreign projects operator Zarubezhneft.

Surgutneftegaz in particular has been a topic of takeover speculation because of a cash pile estimated by analysts in the tens of billions of dollars.

Mr. Artmeyev's comments suggest that might now be out of reach.

The TNK-BP takeover is subject to government approvals, which are expected in the first half of next year. BP has a 90 day exclusive negotiation period to hammer out the rest of the buyout terms.

Among the details which have yet to be announced is treatment of minorities in TNK-BP's listed unit, TNK-BP Holding, which has a free float of about 5 per cent.

Its shares fell more than 11 per cent after Mr. Sechin told a conference call that buying out minority shareholders had not formed part of the deal talks.

"This question has not been discussed," Mr. Sechin said. "We have not taken on any obligations ... Nobody proposed this to us."

The up-front cash cost of the TNK-BP takeover to Rosneft will be about $45-billion if Rosneft confirms it will pay BP's partners in cash for their half of TNK-BP.

BP will get $17-billion in cash for its half, plus 12.84 per cent of Rosneft in stock. It will then use a portion of the cash proceeds to bring its stake in Rosneft up to 19.75 per cent under the terms of the deal.

The Russian state oil company has secured $15-billion in financing from Western banks for the deal but is likely to borrow more. Ratings agencies have put Rosneft on credit watch pending the final financing arrangements for the deal.

The deal has been subject to criticism by some members of Prime Minister Dmitry Medvedev's government and analysts who have suggested an enlarged Rosneft would reduce competition and breed inefficiency in the sector.

Mr. Sechin rejected that criticism on a conference call to present the deal on Tuesday, saying it would reduce capital and operating expenditure required to deliver oil to growing Asian markets from distant Arctic and East Siberian fields.

Mr. Sechin said Rosneft could optimise its exports to China by shipping crude from the TNK-BP-operated Verkhnechonskoye field in East Siberia, which is far closer to the Chinese border than Rosneft's Vankor field, the current source of the barrels.

"We believe that the overall synergy effect from optimisation of current upstream, refining and marketing projects can be calculated at $3-$5-billion," Mr. Sechin told a conference call.

Capital spending alone by the two companies is planned at more than $21-billion.

Rosneft could also extract synergies by using the infrastructure that serves Vankor, on the Arctic circle, with TNK-BP's Arctic fields in the Yamal province.

"We are already in talks with the TNK-BP leadership on using Rosneft's infrastructure at Vankor to transport oil from (TNK-BP'S oilfields) Suzun and Tagul," Mr. Sechin said.

"This will allow us to bring an additional 6 million tonnes of oil to market (per year) without additional transport costs."

He said Rosneft, which is facing an increase in debt to finance the buyout at a time when it has high capital costs on new oil upstream projects and refinery upgrades, would keep dividends at 25 per cent of net profit but not increase them.

"The increase in debt levels is in no way connected to dividend payments."

BP reaped $19-billion in dividends in nine years as a partner in TNK-BP, a level unlikely to be matched by cash returns on its equity holding in Rosneft, which will ultimately be nearly 20 per cent. 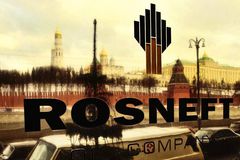 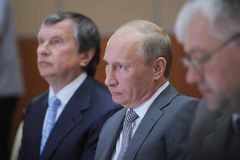 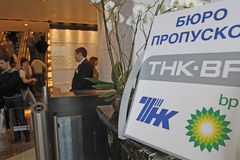