Dutch sports car maker Spyker NV is suing General Motors Co. for more than $3-billion (U.S.) on behalf of its subsidiary Saab, accusing the U.S. auto maker of deliberately bankrupting the Swedish group by blocking a deal with a Chinese investor.

Saab Automobile, one of Sweden's best-known brands, stopped production in May, 2011, when it could no longer pay suppliers and employees. It went bust in December, less than two years after GM sold it to Spyker. GM's efforts to kill any sale were made to eliminate a potential rival in China, Spyker said.

"GM never intended to allow Saab to compete with it in China," Spyker said in its complaint, filed in the United States District Court of the Eastern District of Michigan.

"When Saab found a way to secure liquidity and continue as a going concern with the help of Chinese investors, GM was determined to scuttle the deal by any means necessary, including the publication of false information about its rights under the parties' contracts," Spyker added.

GM spokesman Dave Roman called the lawsuit "without merit." "We will vigorously defend the company against these baseless allegations," he said.

Spyker chief executive officer Victor Muller said GM "had it coming" with regard to the lawsuit.

"They never thought we would survive," he said. "Well, Spyker's still here. They assumed Spyker would end up in the graveyard with Saab, and obviously that didn't happen."

In asking for a jury trial, Spyker is seeking at least $3-billion in compensatory damages, as well as interest and punitive damages, and legal fees.

"GM's actions had the direct and intended objective of driving Saab Automobile into bankruptcy, a result of GM's ... interfering with a transaction between Saab Automobile, Spyker and Chinese investor Youngman that would have permitted Saab Automobile to restructure and remain a solvent, going concern."

He told reporters that the $3-billion claim was based on what Saab would have been worth if a deal with Youngman had gone ahead.

Spyker spent hundreds of thousands of dollars in litigation fees preparing the case over the past six months, Mr. Muller said.

Spyker's lawsuit was being funded by an anonymous third party, who will share in any settlement, he said.

GM said it would stop supplying vehicles and technology to Saab's new owners because it would run counter to the interests of its own shareholders. Saab filed for bankruptcy months later and stopped producing cars.

"GM created the appearance of initially encouraging Saab to enter into a deal with Chinese investors to save the company, only later to unlawfully pull the rug out from under Saab, driving it into bankruptcy liquidation," Spyker said in the lawsuit.

"Indeed, it was GM's intent by whatever means necessary to quash any financing or investment deal that could save Saab from liquidation, because GM simply sought to eliminate Saab from competition, particularly in the Chinese automobile market," the complaint said.

Spyker accused GM of interfering in a prospective deal with the Chinese companies by claiming it would no longer license its technology to or build cars for Saab even though the last agreement was structured to exclude the U.S. auto maker's intellectual property, according to the lawsuit.

Saab had created its own vehicle platform that did not use any GM technology, so GM's statements that it would not support a deal were "intentionally false" because such support was not needed, Spyker said in the lawsuit. Spyker also said in the lawsuit that the agreement for GM to supply parts and build the Saab 9-4X SUV ran through 2014 and was not subject to termination "for convenience" by either company.

Saab, which had been making cars since 1947 and built a small, loyal following, was declared insolvent with debts of about $1.93-billion.

GM bought 50 per cent of Saab in 1990 and the rest 10 years later. It decided to sell the brand in 2009 after the financial crisis and came near to closing it before Swedish Automobile, then called Spyker Cars, bought Saab in January 2010.

Despite its well-known name, Saab was a niche player whose future had been questioned by analysts. Saab was profitable in only one of the 19 years GM owned it, executives with the Detroit auto maker have said. 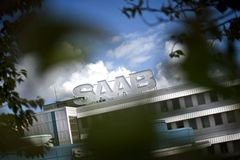 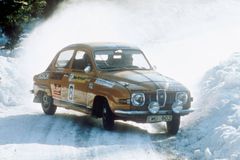 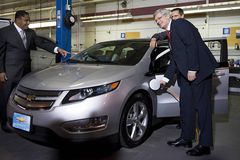