Spain's top five lenders will set aside an extra €15-billion ($19.4-billion U.S.) in provisions to cover risky property deals, heaping pressure on their finances as the country battles to restore confidence in its banking industry.

The sum is about half what the Spanish government forecast last week the industry as a whole would need to find as part of a plan to cover loans and assets at risk of souring as the economy deteriorates, as well as those already toxic.

The plan is the country's fourth attempt to deal with a 2008 property market crash which has led to huge losses at lenders and raised fears the country may need an international bailout.

The latest demands, which come on top of €54-billion of provisions made in February, have weighed heavily on banks as investors worry where they will find the money and whether it will be enough.

The government has said it will provide limited state aid - no more than €15-billion - in the form of loans convertible into shares, to banks that cannot raise the capital.

The pressure on banks is in turn raising fears the state will have to step in with further help, after it took over the country's fourth-biggest lender Bankia last week.

The premium investors demand to hold Spanish over German debt to a euro-era record intraday high at around 485 basis points.

Analysts at Renta 4 said the reform would deepen uncertainty in the short-term, because of its impact on individual banks, but that this would eventually lift.

"This will pressure share prices and fuel volatility, but in the medium-term it will be positive once one of the most problematic areas of the sector since the start of the crisis is in large part fixed," they said in a research note.

The new rules will force BBVA, the country's second-biggest bank, to set aside provisions worth around €1.8-billion, it said on Monday. The additional capital would be reflected in full-year earnings figure and have a net impact of around €1.3-billion.

Santander, meanwhile, Spain's biggest lender, now has to set aside an extra €2.7-billion in funds, on top of €2.3-billion announced in February.

For some of Spain's most troubled banks like Bankia, a product of the merger of several small savings banks riddled with real estate exposures, provisions will be an even greater burden. Bankia's parent group BFA said it needed an extra €4.8-billion to meet with stricter provisioning demands.

Banco Popular, another big lender, put its provisioning needs at €1.7-billion and said it would not need state aid to raise the cash. It added it would take two quarters to meet the requirements.

Popular is due to merge with smaller rival Banco Pastor, taking its total requirements to €2.3-billion.

La Caixa, meanwhile, which is buying Banca Civica, will need to put aside €3.4-billion in total.

Though analysts credited Madrid with taking a serious approach to the banking sector's real estate problems, many are still concerned this might not be the end of demands.

"We cannot rule out further top ups in coverage will be required," analysts at Mediobanca said in a note.

Though Spain's banks have so far said they will meet new requirements without state aid, the need for further provisions could change that.

Yet the flare-up in Spain's banking problems and the interventions already made by the government, like its rescue of Bankia, have already reignited public anger.

The first anniversary of the grassroots "Indignados" (Indignant) movement - a campaign against the government's handling of the economic crisis - sparked protests across 80 Spanish cities over the weekend.

Tens of thousands of Spaniards took the streets and plan to carry on until at least Tuesday. One action plan on Monday involved protesters closing down their Bankia accounts at midday in anger at the government's bailout of a lender with deep political connections. 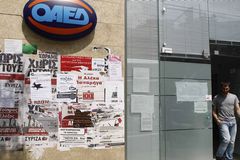 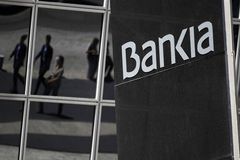