In five weeks, the European Union will crack, no matter which way the Brexit referendum goes.

If Britain votes to leave the EU, the EU will lose its second most powerful member, and all the economic, political and military might that goes with it – imagine the United States shorn of California. If Britain votes to remain, an à la carte EU will emerge, with countries choosing what treaties and powers they want, as Britain is doing now.

Brexit or not, the concept of the EU as "all for one and one for all" is dying. Polls already show that more than half of the French and Italians want their own in-out referendums. The domino effect has started and it's impossible to say where or how it will end. The institution devoted to common interests and peace since the Treaty of Rome in 1957 is set to unravel quickly or slowly after the June 23 vote. The "ever-closer union," the notion that lies at the heart of the EU treaties, seems gone forever.

For this, British Prime Minister David Cameron can take much, maybe most, of the blame. Lest we forget, the referendum on Britain's EU membership was not demanded by the British public. Polls showed that the EU question ranked low on the tally of voters' concerns. Mr. Cameron promised a referendum for no other reason than to placate the Euroskeptic arm of his fractious Conservative party. Imagine that: His effort to fix a parochial, internal problem is putting at risk the integrity of the entire EU.

Even though the anti-Brexit camp has comprehensively demolished the economic case for Brexit – the International Monetary Fund on Friday called Brexit the biggest threat to the British economy – the romantic notion of a fully independent Britain far removed from the meddling gnomes in Brussels has legs. The pro-Brexit camp has also convinced itself that Britain can control its borders – that is, stop any and all refugees – if it abandons the EU. That belief may be fanciful, but the Brexit devotees won't be convinced otherwise. They appear to have ignored the Norway case. Norway is a non-EU member that must still comply with EU law on the free movement of people, goods, capital and services in exchange for EU market access. In other words, Norway does not control its borders.

Britain has always enjoyed Europe à la carte. It does not use the euro and is not part of Schengen, the group of 26 EU and non-EU countries (including Norway and Iceland) that allow passport-free travel. Mr. Cameron's latest EU deal gave Britain more special privileges. It is now exempt from the "ever-closer union" principle. It won't be on the hook for any future bailouts of euro zone countries and an "emergency brake" would severely limit or stop the benefits paid to new migrants for a certain period of time. They weren't huge victories but were enough to show the rest of the EU that membership conditions and rules can, after all, be negotiated. Forget a two-speed EU. Britain is making it safe for a 28-speed EU.

Some EU countries will inevitably play the me-too card. A recent Ipsos poll, reported in the Financial Times and elsewhere, found that 58 per cent of Italians and 55 per cent of the French want their own referendums on EU membership, regardless of which way the British referendum vote goes. More than 50 per cent of voters in Italy, Germany, Sweden and Hungary said they believed other EU countries would follow Britain out the door if Brexit comes out on top. Most Italians and French think Brexit is inevitable.

These are sobering poll numbers. They say the EU will face existential turmoil even if Britain stays put. Who knows how many EU countries will ask for special deals on everything from refugees to austerity measures because Britain has set the precedent. Mr. Cameron has shown that blackmail works.

Once the EU gets littered with exceptions and opt-outs, the whole notion of the union will come into question. Europe's burgeoning Euroskeptic parties, among them France's National Front, Britain's UK Independence Party (UKIP) and Alternative For Germany (AFD) would welcome the bust-up of the EU, but most Europeans would not. For all its faults, the EU has been a hugely successful trading bloc. It has made the idea of war within the bloc virtually unthinkable – why destroy your trading partners? It is forcing a good number of countries to clean up their fiscal acts and has given European countries global political clout. Inviting Greece to join the euro might have been a mistake; it was no mistake to invite it into the EU.

Mr. Cameron has unleashed a dragon whose fire will not be extinguished next month, Brexit or not. The referendum is already breaking the spirit of the EU. 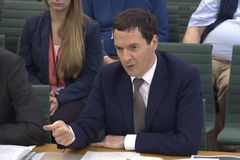