The sprawling ILVA steelworks has loomed over the skyline of Taranto and dominated the city's economy for 50 years, but toxic pollution has transformed the site from a symbol of postwar prosperity to an emblem of Italy's long industrial decline.

Following years of uncontrolled environmental abuse, the future of the plant, the largest in Europe, now hangs in the balance after judges finally stepped in last month and ordered it to clean up or be shut down.

The plant's owners, the family-owned Riva group, must now wait until the end of September for a specially appointed group of experts to decide what action it must take to gain a new environmental certificate allowing continued operation.

As many as 20,000 jobs are at risk in an area already weakened by high unemployment, while officials look for a solution to a problem that has produced abnormal levels of tumours and chronic respiratory disease in the city, located on the "heel" of southern Italy.

"How are people supposed to live?" said former ILVA worker Michele Fiorino, as he stood in Tamburi, a rundown Taranto suburb that stands in the shadow of the plant and where mortality rates are as much as 70 per cent above the city average.

"At night when it's hot like this, you've got a choice; sleep with the windows open and risk getting covered in black dust, or closing the windows and turning on the air conditioning, and not everyone around here can afford that," he said.

Behind the immediate health threat, ILVA is a stark example of the suffocating mix of short-term political expediency, poor oversight and endemic corruption that has given Italy the most sluggish economy of any euro zone country over the course of a decade, with average growth of less than 1 per cent a year.

Unlike more modern steel plants in Germany or France, with their advanced filters and safety systems, ILVA's huge smokestacks dump thousands of tons of choking dust on the city every year, giving many of the buildings in Tamburi a distinctive black or dull-red tone.

Emissions of dioxins, benzoapyrene and other cancer-causing chemicals have poisoned fishing and farmland for miles around in what a Taranto court described as an "environmental disaster."

Court documents say the Riva group has made numerous unfulfilled pledges to clean up at the site, and company head Emilio Riva has been convicted twice of environmental offences over the past decade.

However, until magistrates seized key parts of the site at the end of July, no effective action had ever been taken to stop the pollution or make ILVA match environmental standards laid down in European Union regulations.

Giorgio Assennato, head of the ARPA environmental authority in the Puglia region where Taranto is located, said the fact that it took the courts to intervene and shut the plant despite repeated warnings from ARPA and other authorities laid bare a dangerous weakness in regulatory control.

"We have to accept the fact that in Italy you have to turn to the criminal justice system because the system of environmental governance is unbalanced by lobbies, which use improper practices to influence institutions for their own advantage," he said.

As national elections approach next year, the case of ILVA, one of the few big industrial employers left in the south, underlines the complexity and scale of the challenge that will face any government trying to make the deep structural reforms needed to restore Italy's sclerotic economy.

"The story of Taranto is not just a story of pollution and jobs, it is the story of a country that has been unable to create an alternative to its old heavy industry," said Andrea Colli, a professor at Milan's Bocconi University and a specialist in industrial and business history. "It says a great deal about the wider problems in the Italian economy."

Built by the state-owned Italsider group in the late 1950s during a drive to industrialize the poor and underdeveloped south, ILVA was originally intended to be a specialist maker of steel tubes for Italy's then-booming oil refinery sector.

By the time its furnaces began operations in 1964, political interests had changed the original project and created Italy's fourth large general-purpose steel maker, aimed in part at providing jobs in an underdeveloped region and incidentally serving as a votes factory for local politicians.

Thousands of agricultural workers left the land for secure and relatively well-paid work in the factory, joining the economic boom that was transforming postwar Italy but which at the same time was leaving the south dangerously dependent on a few isolated industrial mastodons.

"It was like manna from heaven for the region when it opened," said Franco Tocci, who worked at the plant from 1964 until he retired in 1995, a month after ILVA was privatized and sold to the Riva group. "No one talked about pollution until much later."

Environmental concerns counted for little, and the economic justification for the plant played second fiddle to regional development and the political convenience of a large work force and major industrial site.

Fears of job losses have continued to hamper action in a region where unemployment stands at 37 per cent in some areas and where only one working-age person in three has a job.

Concerns about pollution were easily brushed aside by management, unions and local politicians, despite plentiful evidence of serious problems at the site.

"This has been a problem for 40 years," said Ippazio Stefano, the mayor of Taranto and a doctor who has observed the effect of the pollution at first hand.

"I got my degree in 1970, when ILVA had been operating for 10 years. My thesis was: 'An increase in lung tumours in an industrial city.'"

Prosecutors finally acted after a damning series of reports from ARPA and an analysis of dioxin in a sample of local pecorino sheep's cheese commissioned by a local environmental group in 2008 added to growing evidence of abuse.

Documents from the Taranto court that ordered the ILVA plant be put under special administration and cleaned up suggest the problem was deliberately concealed by management.

The court, which initially ran into fierce union and government opposition, accuses the Riva group of obstructing environmental inspectors and knowingly allowing the deadly pollution to continue.

It has placed Emilio Riva and two others under house arrest pending further investigations that involve a number of politicians and public officials.

However, many questions remain about why the problem was allowed to persist without anyone intervening to stop it, and in particular why the plant was granted an environmental clearance in 2011.

Prosecution wiretap evidence cited in the documents alleges that senior executives of the group tried to silence journalists and, in at least one case, pay off an outside expert to provide a favourable environmental assessment of the site.

"There's been no conviction, and it's still unproven of course, but it does seem that there has been corruption involved," Mr. Stefano said.

ILVA's newly appointed chairman, Bruno Ferrante, said the company would defend itself in court to establish the truth but would co-operate with environmental authorities.

"From the communications point of view, we have to change our attitude," he told Reuters.

"As for the truth about what has happened, about the blame that prosecutors are attaching to the company, we'll see. We intend to defend ourselves in court to establish the truth."

Beyond the allegations of individual wrongdoing, the case points to the weakness of the institutions supposed to regulate industry and ultimately ensure that it matches the standards observed by competitors in other countries.

"This is a potential bomb in terms of jobs," said Marco Bentivogli, secretary of the FIM-CISL metalworkers union. "But there shouldn't have to be a choice between jobs and the environment."

Greek leaders agree on new cuts but not how they fall
August 29, 2012 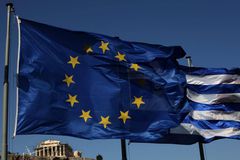 ECB’s Draghi hits back at critics of fire-fighting role
August 29, 2012 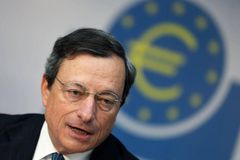 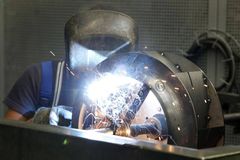 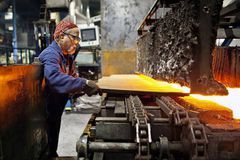 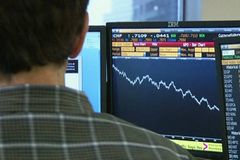 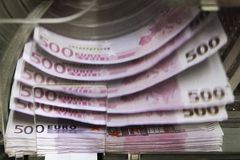