German auto maker Daimler AG said it expected flat earnings in 2013 until the second half of the year as a persistently weak market and an aging model lineup sap demand for its luxury cars and trucks.

Premium car brands such as Daimler's Mercedes or Volkswagen AG's Audi have held up better in an ailing European market than mass-market competitors, such as loss-making PSA Peugeot Citroën.

But some investors have begun to lose patience with a Daimler management team that has failed repeatedly to deliver the same profitability as peers BMW and Audi.

Daimler executives say profits would have been better were it not for the under-performance of Mercedes in China, a vital growth market where its two local rivals have been running circles around it.

Daimler forecast 2013 earnings before interest and tax (EBIT) from its ongoing business close to last year's €8.1-billion ($10.8-billion U.S.), down 10 per cent from 2011 and in line with a consensus estimate from analysts.

The target implies a €200-million hit from exchange rate effects, finance chief Bodo Uebber said – Daimler anticipates the euro will continue to trade at around $1.35.

"For market and model-cycle reasons, the first quarter is likely to be the weakest of the year," said Mr. Uebber.

An upcoming revamp of its flagship Mercedes S-Class saloon, due mid-year, and roughly €600-million in Mercedes cost savings, would boost second-half profit, the company said.

In 2014 and following years, said Mr. Uebber, the company expects higher operating profit at all its automotive divisions and for the group.

Shares in Daimler rose 2.7 per cent to €44.16 by the afternoon, outperforming both its peers in the European auto sector and other German blue-chip shares.

"The forecast is not bad given expectations and at least there was no disappointment like so often in the past," said Metzler Bank analyst Juergen Pieper.

He said a planned dividend payment of €2.20 per share was "a bit of a positive surprise, since it looked as if it may be lowered to around €2."

The earnings were also slightly better than expected, said Mr. Pieper, although that was more to do with Daimler businesses outside the core Mercedes and Trucks divisions.

The group had also forecast stable earnings this time last year, but ended up warning in October that it would miss its profit target of €9-billion by about €1-billion.

It was also forced to postpone 2013 EBIT profit margin targets of 8 per cent at Daimler Trucks and 10 per cent at Mercedes. That second goal had been set back in 2010.

Bottom-line income only rose last year thanks to a one-off gain in the fourth quarter from the sale of half its EADS stake, which it needed together with cash reserves in order to afford its unchanged dividend.

Chief executive Dieter Zetsche told analysts the Mercedes profit margin in the first three months of the year would show a "lower running rate" than the 5.26 per cent achieved in the fourth quarter of last year.

Analysts have repeatedly questioned whether Mercedes can achieve its goal of overtaking its two German rivals to become the world's largest luxury car maker by 2020 so long as its sales growth in China continues to lag theirs.

Mr. Zetsche said shareholders would see next year that the target was realistic, when the company expects new cars such as the Mercedes GLA compact SUV and the revamped C-Class to boost profits.

After conceding in July that poor growth in China was more than a temporary blip, Daimler has moved aggressively to improve its fortunes there and aims to increase annual sales by half to 300,000 vehicles in 2015.

In December, it brought in a new China sales chief, appointed a new management board member responsible for its Chinese operations and combined two competing sales channels for locally built and imported cars.

On Friday, Daimler went a step further and bought 12 per cent of its Chinese joint venture partner BAIC Motor in a deal that values the Beijing-based company at around €5.3-billion ahead of its planned stock offering.

Sales in China rebounded last month, growing over 15 per cent following a steep drop in December. But Mercedes is outsold there two to one by Audi AG, while the BMW brand's sales volumes in the country were 50 per cent higher last year.

Bernstein analyst Max Warburton, who already predicted last June that Daimler would have to downgrade its profit forecast, remained skeptical.

"We think it's reasonable to expect Q1 to be the bottom – but we fear the extent of the Mercedes margin slump may surprise negatively and the pace of recovery is unclear," he wrote.

"Closing the gap on BMW/Audi margins – and getting to a place where it can generate good cash – looks a long, long way off," he concluded. 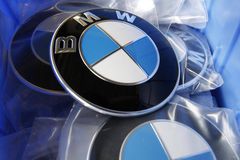 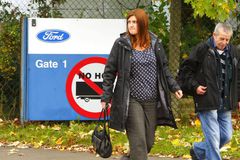 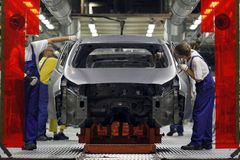 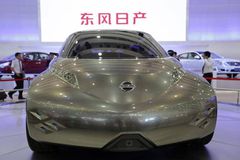 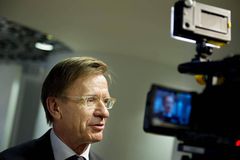