Suppose Greece, Portugal and Spain had zero debt. Would they thrive?

Unlikely. This feckless trio was on a downward economic spiral well before the so-called debt crisis ruined their parties. Yes, they were growing, but it was a phony growth, propelled by credit-fuelled consumption, cheapo money and the deluded belief that flipping houses was the route to BMWs, Brioni suits and beach holidays.

Blame, in part, technology. The dud countries in the European Union, were, and are, losing the race against the machines. Their workers are being replaced by technology and the survivors are not inventing enough of their own technology to keep the economy rolling forward.

This is the dirty secret of the agonizing EU, International Monetary Fund and European Central Bank effort to spare the wrecked EU economies from destruction. Their fix-it playbook depends largely on financial engineering – interest rate reductions here, debt maturity extensions there. On the off chance that the whole messy exercise in voodoo economics works, in the sense that budget deficits are eliminated and national debt loads come down to non-absurd levels, then what? If the post-crisis plan calls for a romp back to their old economic models, the EU and the euro are truly doomed because those models no longer work.

Technology is having a devastating effect on employment, which in itself is not new. What is new is that the job destruction everywhere among low-skilled workers seems on the verge of being repeated among white-collar jobs. That is the theory of Erik Brynjolfsson and Andrew McAfee, digital economy specialists at MIT and authors of Race Against the Machine, a book about the digital revolution and how it is reshaping employment and entire economies.

Technology has been displacing jobs since the Industrial Revolution, but the lost jobs were more or less replaced with new jobs. Take agriculture. As farms became mechanized with the arrival of tractors and harvesters, farm employment plummeted. At the end of the 19th century, half of Americans worked on farms. By 2000, only one in 50 Americans worked on farms, according to a Foreign Policy article called The Third Industrial Revolution, by David Rothkopf. Over the same period, the proportion of Americans employed in services went from less than a third in 1900 to 80 per cent.

About 30 years ago, something ugly started to happen, according to Messrs. Brynjolfsson and McAfee: Wages of unskilled workers began to drop as the machines gained momentum. The lower pay, however, did make workers more competitive with technological rivals. Now, with technology so cheap, ubiquitous, powerful and adaptive – 3D printing has the potential to turn your home into a manufacturing site – skilled workers are coming under threat.

Mr. Brynjolfsson and Mr. McAfee aver "technological unemployment is emerging as a real and persistent threat to middle-class employment."

Brian Subirana, an information systems affiliate professor at MIT who is now based in Barcelona, uses the GPS – global positioning system – to illustrate technology's threat on the cab driving profession. Not long ago, cabbies (at least the European ones) were highly trained. In Britain, aspiring cabbies spent years on "The Knowledge" – memorizing streets and routes so they could navigate the city without a map. Then came the GPS and, suddenly, anyone anywhere could get in the taxi game. The barriers to entry have been shattered.

Ditto in higher paying careers, such as design and architecture. Want a new kitchen? Go to IKEA with room measurements and one can be designed on a computer screen in minutes and delivered to your house and installed not long later. "The need for people is decreasing," Mr. Subirana says. "Technology can be much better than people."

Which brings us to Greece and the other ailing EU countries. Greece especially is cursed with a highly undiversified economy that is dominated by tourism, shipping, agriculture, textiles and some industrial products, but not many. Employment in each of them, with the possible exceptions of tourism and shipping, are highly vulnerable to technological advances. Greece's unemployment rate – 25 per cent nationally, a stunning 57 per cent among youth – climbs by the minute because of recession and austerity. But it is also climbing because traditional industries need fewer employees.

Somehow, some time, Greece's financial horror show will come to an end, through default, exodus from the euro zone or a massive sovereign debt writedown by public and private bondholders. That would give Greece a fresh start, at least on paper. But to what end?

Greece has a rapidly aging population. Many, perhaps most, of its best and brightest, have fled the country. The country's infrastructure and universities are falling apart and would take decades to rebuild. Athens does have a technology cluster, known as Corallia, but it is small and struggling to stay alive. But most of all, Greece is saddled with industries where the employment trend is downward, thanks to technology.

To be sure, technology is killing jobs all over the planet. But in some countries, like the U.S. and Germany, it is also creating new jobs and industries through sheer entrepreneurial drive. Where would the American economy be without Apple, Amazon, Facebook, Google, eBay and all their small wannabes? Greece has to find a second act once it gets rid of its debt. But other than turning the entire country into retirement home for the sun-seeking wrinklies, the options look scant. 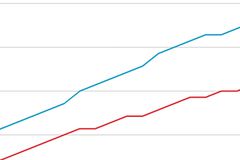 Italy moves to save thousands of jobs at troubled ILVA steel plant
November 30, 2012 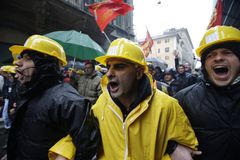