In Canada, Ottawa is responsible for testing new cars, but it's up to the provinces to identify polluting vehicles once they are on the road. Volkswagen's ruse was discovered by a U.S. university research team testing emissions in the field, long after vehicles passed lab tests for new cars in the United States and Canada.

Ontario is the only province with mandatory emissions testing for cars. But it doesn't work to identify cheating or to keep polluting vehicles off the road, said the Automobile Protection Association.

"[Provincial emissions testing] is overpriced and ineffective," said APA president George Iny. "They do not ever measure field emissions – what your car is actually emitting on the road."

"They just read the [engine computer] codes, so they're not designed to pick up a car maker cheating like this," Mr. Iny said.

In Canada, all new vehicles have to meet Environment Canada emissions standards – the same standards set by the Environmental Protection Agency in the United States.

"On average, all vehicles have to comply with a very simple limit – they can't emit more than 0.07 grams per mile of nitrogen oxides…, one of the principal contributors to smog," says Bob Oliver, CEO of Pollution Probe, a Toronto-based environmental group. "In 2017, it will be even more stringent – 0.03 grams per mile."

Car makers are responsible to test their own vehicles, Mr. Iny said.

"They do the tests on a treadmill or a dynamometer and they get these results that you don't get in the real world – the tests are designed to give optimal results," he said. "When they started this in 1970, they didn't have the technology to test emissions on the road, but now the equipment you need to do that can fit in a briefcase."

Ottawa doesn't test emissions-control systems after cars are on the road.

"Once cars are delivered, there's no way for the federal government to determine that emissions-control systems are functioning as they were designed to," said Mr. Oliver. "Provincial programs are the lever to ensure cars are operating as they were intended to."

Only two provinces – Ontario and British Columbia – have ever required testing to identify polluting vehicles; B.C. scrapped its program, AirCare, last year after 20 years. Alberta and Quebec have proposed emissions-testing programs, but the legislation didn't pass.

"Testing isn't necessary any more because most cars built in the last 10 years will pass. The emissions-control technology has advanced," said John Bennett, national spokesperson for the Sierra Club Canada Foundation.

In Ontario, any used car being sold has to pass the $30 Drive Clean test. All light-duty vehicles – cars, trucks, SUVs – in Southern Ontario must pass the test every two years once they're seven years old.

Ontario's Progressive Conservatives introduced Drive Clean in 1999. Last year, they called for it to be axed because 95 per cent of vehicles now pass. In 2013, Drive Clean stopped testing tailpipe emissions for cars built after 1997 and switched to checking for codes on the car's computer.

"The tests aren't designed to get old cars off the road – they assume that emissions performance will decline with a car's age," said Mr. Oliver. "They're making sure that emissions-control systems aren't malfunctioning and haven't been tampered with to increase a car's engine power."

If a car fails the test, the owner can get a conditional pass for two years if repairs cost more than $450. "Most cars can't be fixed for under that amount of money," said Mr. Iny. "So you identify the polluters but keep them on the road – so the worst polluters are poor people driving older cars, and what politicians are going to target them?"

Volkswagen's ruse wasn't discovered by government-mandated tests. The International Council on Clean Transportation and West Virginia University measured emissions from several vehicles' tailpipes during normal driving in 2013 and 2014 – and not on the turntable or dynamometer used in EPA testing.

"It should be on the ministry's agenda to look for any kind of defeat device," he said. "I don't think they were looking for it before, but now they can adapt their test since it's basically a software check."

When asked whether Ontario was looking at modifying Drive Clean tests, ministry spokesperson Kate Jordan said in an e-mail: "Ontario, like other jurisdictions, is currently in the process of learning more about Volkswagen's vehicle software. 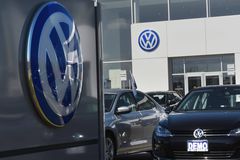 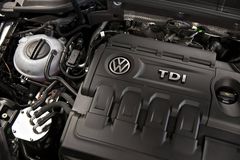