Conventional wisdom holds that Greece will be the first to bolt from the euro zone, but Germany should consider hitting the doors first, according to a U.S. research firm.

Analysts at TrimTabs Investment Research contend there are no workable solutions to the euro zone's debt crisis, so it would be in Germany's economic self interest to abandon the currency, and to do so as quickly as possible.

Much like a sinking ship, the euro is going down, TrimTabs contends. The strongest swimmers should jump off to save themselves, rather than weakening themselves by trying to bail water to delay the inevitable.

In a report, the research firm says the "best possible outcome" would be for Germany to leave before the peripheral countries. It could then set up its own currency again, and salvage as much as it can financially. "If Germany does not exit the euro and keeps playing the bailout game, it will be dragged down with the rest of the euro zone and the global economy will be much worse off," TrimTabs contends.

The call for Germany to leave isn't a prediction that it will beat Greece, which faces critical national elections this weekend, to the exit.

"What people will do and what they should do are two different things," David Santschi, executive vice president of TrimTabs, said in an interview. "We're not arguing that Germany is going to leave first. We don't think that's going to happen. We just think that's what should happen."

The problem for Germany is that the longer the crisis continues, the more money it will have to contribute to bail outs of banks and other countries, sapping its own financial strength.

Leaving the euro would be costly too, but Mr. Santschi thinks it would be less expensive than the alternatives. Following its departure, Germany would probably have to endure a recession because it would face the headwind of an expensive currency, which would raise the cost of its exports on international markets. There would also be banking problems and losses on euro-denominated debt. "But all that is going to happen anyway so at least they would have a strong currency" if they left the euro, he said.

Many analysts hope Greece will elect a pro-euro government this weekend, but Mr. Santschi cautioned that the outcome of the vote is unlikely to be a game changer. If the radical left wins, "it will be a disaster," and if conservative parties win they're unlikely to have enough support to create a durable government.

One of the solutions frequently offered for the crisis is for the European Central Bank to resume aggressive buying of Spanish and Italian government bonds, a form of money printing known as quantitative easing. Yields on the government debt of both nations soared into dangerous territory this week, climbing well above 6 per cent.

Central bank purchases of Spanish and Italian debt would presumably lower interest rates by creating demand for the bonds. But Mr. Santschi thinks the renewed purchases might worsen the financial crisis if bond investors began to fret that they would rank behind the ECB in any future government debt restructurings.

This was the case in the Greek debt arrangement earlier this year, where private investors took big haircuts on their bonds, but the ECB didn't. If investors worry that they will be subordinated to the ECB, central bank purchases might result in a flight out of the bonds and cause yields to rise. 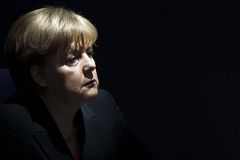