UBS AG unveiled plans on Tuesday to wind down its fixed-income business and fire 10,000 bankers, as it adapts to tougher capital rules that make it more difficult for investment banks to turn a profit since the financial crisis.

Zurich-based UBS will focus on its private bank and a smaller investment bank, ditching much of the trading business that made most of its $50– billion in losses since the financial crisis began, including $2.3-billion by trader Kweku Adoboli, now on trial defending charges of fraud and false accounting.

Chief executive officer Sergio Ermotti, a former Merrill Lynch and UniCredit banker who took over after the Adoboli affair last year, is leading the three-year overhaul, which is aimed at saving 3.4 billion Swiss francs ($3.6-billion U.S.), on top of existing spending cuts of 2 billion francs.

The Swiss bank will isolate and wind down those of its fixed-income activities that are no longer profitable as a result of tougher capital rules on riskier business introduced after the crisis.

Of the job cuts, 2,000 will be front-office investment banking staff, the revenue generators and risk takers.

The remaining investment bank – equities, foreign exchange trading, corporate advice, and precious metals trading – will be run by Andrea Orcel, a recent Ermotti hire from Bank of America who co-ran the unit with Kengeter.

"The net impact of all these changes will be transformational for the firm," chairman Axel Weber and Ermotti told shareholders in a letter. "Our overall earnings should be less volatile, more consistent and of higher quality."

Roughly 2,500 jobs will be cut in Switzerland, with the remainder mainly in London and the United States, where UBS runs considerable trading operations out of Stamford, Connecticut.

A smaller investment bank will leave UBS focused on its private bank, which looks after the affairs of the wealthy. With 1.6 trillion francs in assets, it is the second-largest operation of its kind in the world after Bank of America.

UBS shares, which soared 7.3 per cent on Monday in anticipation of the announcement, were up another 5.2 per cent at 13.80 francs by 0955 GMT in exceptionally heavy trading, their highest since July 2011, compared with a 0.6 per cent rise for the European bank sector index.

Merck Finck analyst Konrad Becker said UBS was making a decision not open to rivals such as Deutsche Bank, where business outside investment banking is too modest.

"UBS is retreating from the league tables. There will be only very few investment banks who offer everything in the future," Mr. Becker said.

UBS, which took a government bailout in 2008 after more than $50-billion in mortgage losses, is effectively admitting that an attempt to crack the fixed-income big league has failed.

Deutsche Bank announced a far more modest plan on Tuesday to trim 1,993 jobs by year-end, the bulk in its investment bank, after healthy debt trading helped fuel a 20 per cent rise in quarterly profit.

After settling a damaging U.S. tax probe in 2009, UBS had just started to rebuild client confidence when the $2.3-billion trading scandal surfaced in September last year.

Mr. Adoboli, who worked on the bank's London-based exchange-traded equities funds desk, has pleaded not guilty to two counts of fraud and four of false accounting.

Mr. Ermotti's overhaul comes against a backdrop of far tougher regulation on riskier securities trading activities, and represents a return to advisory roots stemming from UBS's purchase of Warburg, a British merchant bank, in 1995.

The expected UBS cuts will add to existing cuts of 3,500 jobs, part of the tens of thousands of jobs the financial sector has shed globally since the financial crisis of 2008.

The bank aims to pay out more than 50 per cent of profits to shareholders from 2015, after paying its first post-crisis dividend last year, a modest 0.10 francs a share. It has put away funds in the third quarter for an unspecified dividend this year, financial chief Tom Naratil told journalists.

The costs related to the investment banking split will also lead to a fourth-quarter and full-year loss, when taken together with charges on the bank's own debt, UBS said.

The unit secured 7.7 billion francs in net new money from clients in the third quarter, which represents the highest result in a third quarter – typically a slow one for the business due to summer holidays – in five years.

UBS swung to a third-quarter net loss of 2.172 billion francs, hit by the restructuring charges and 863 million francs written off the value of its own debt. Analysts in a Reuters poll had forecast a net profit of 457 million francs.

UBS is aiming to reduce risk-weighted assets to below 200 billion francs by the end of 2017, from 301 billion currently. Of this the investment bank will account for roughly 70 billion francs, less than half of what it accounts for today. 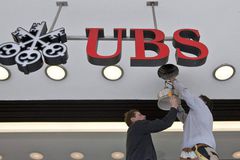 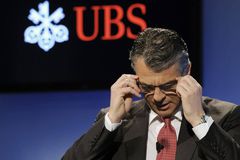 My actions were not fraudulent, says UBS ‘rogue trader’
October 26, 2012 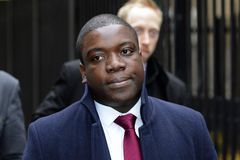 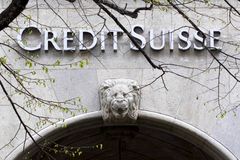 This is no cycle: European investment banks must cut pay
Subscriber content
October 23, 2012 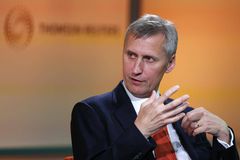