A spate of violent attacks against the homes and offices of public figures has hit Greece as the economy goes into its sixth year of deep recession, apparently nurturing extremist groups on both sides of the political spectrum.

Early Monday morning, a gunman with a Kalashnikov assault rifle sprayed bullets into the Athens headquarters of Greece's ruling, centre-right New Democracy party. At least one of the bullets went through the window of the office occasionally used by Prime Minister Antonis Samaras, who is implementing harsh austerity in exchange for bailout loans.

The attack on the New Democracy offices came a day after the house of the brother of government spokesman Simos Kedikoglou was hit by a gasoline bomb. On Friday, homemade bombs exploded outside the homes of five Greek journalists. No one was injured in any of the attacks.

A group called Lovers of Lawlessness took credit for the attack on the journalists' homes. It thinks the mainstream press is sympathetic to the austerity programs imposed on Greece by the European Commission, the European Central Bank and the International Monetary Fund (known as the troika). The group's online statement said the media area the "main managers of the oppressing state designs, manipulating society accordingly."

Police have called in antiterrorism investigators, suggesting the attacks are not just the random acts of hot-headed young anarchists or troublemakers who are fond of turning mass anti-austerity protests into pitched street battles with police.

"These attacks were not done by your average guys from the street; it was a more sophisticated operation," said Stratos Safioleas, an international media relations and crisis-management adviser in Athens. "If Greece were prosperous, these groups would not find these opportunities."

Historically, terrorist attacks have been fairly common in Greece – the infamous 17 November Marxist group killed 17 people between 1975 and 2002 – but have been rare in recent years. In May, 2010, three employees of an Athens bank died when the bank branch was hit by firebombs. It was considered the tragic outcome of a riot that had spun out of control, not a planned terrorist attack.

Mr. Kedikoglou, the government spokesman, condemned the attacks on the New Democracy offices. "This is a new, worrying escalation of the effort to create terror in our society," he said of the apparent symbolic attack on the prime minister's office.

He suggested that the radical left Syriza party, which has the potential to form the next government, was slow to condemn the attacks. "There has to be a clear denunciation of violence and verbal violence," he said.

But Syriza spokesman Panos Skourletis said the party's condemnation of the attacks was a "given." He accused New Democracy of creating a "civil war climate" to distract voters and taxpayers from the austerity campaign whose tax hikes and spending cutbacks are keeping the economy in recession.

On Saturday, the government raised taxes again, this time pushing up the corporate tax rate to 26 per cent from 20 per cent and the top personal rate to 42 per cent from 40 per cent. The higher taxes are designed to raise an extra €2.3-billion ($3.07-billion U.S.) a year, though tax evasion is still rife in Greece and the projected revenue increases may come up short as the recession deepens.

Deutsche Bank expects the Greek economy to contract by 4.2 per cent this year, on top of a 6.5 per cent crunch in 2012. Greece's jobless rate in November hit 26 per cent, up from 18.9 per cent a year ago. The youth unemployment rate is almost 58 per cent, the highest in the Western world.

While the euro zone is in better economic shape than it was a year ago, the crisis seems to be abating. Sovereign bond yields in Italy and Spain have come down considerably since last summer, though those countries' recessions remain intact.

But the euro zone is not expected to show growth until the second half of the year, and any growth is expected to be tepid, at best, meaning budget deficits will not disappear soon. On Monday, the weakness of the recovery was highlighted by a sharp fall in euro zone industrial output in November.

Output dropped 3.7 per cent from a year earlier, the most since late 2009, according to Eurostat, the statistical office. German output increased in November, but the gain was more than offset by a severe downturn in Spain, Italy and other struggling countries. This month, Greece reported that its industrial output fell by 2.9 per cent in November, year on year. 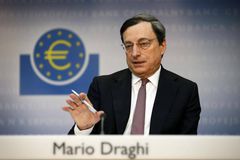 Greek unemployment hits record as recession drags on
May 11, 2018 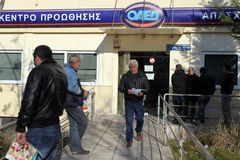 For most Greeks, there’s nowhere to go but up Subscriber content
May 11, 2018 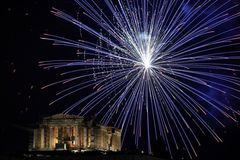 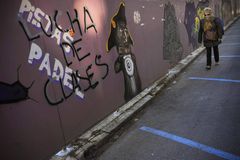