Poor Mario Draghi. The European Central Bank boss is clearly exasperated. Basta already, he is saying. I have done my bit; now it's up to you – governments – to save yourselves.

That much was apparent at the ECB's regular monthly meeting on Thursday, when he left interest rates unchanged and pronounced the bank's sovereign-bond-buying program, unveiled a month ago, ready to swing into action for any dud country that wants to tap into it.

In other words, he did not do much. What he did do is urge governments to clean up their own acts. "As I have said many, many times, the ECB cannot replace the actions of governments," he said.

His plea will not work. That's because democracy is running headlong into austerity and the former is winning. Democracy is to be encouraged, of course, especially in a region – the 17-country euro zone – where it has been going in reverse. Italy has an unelected technocrat government. Greece had one until the spring. Institutions that can make or break entire countries – the ECB and its sovereignty-robbing partner, the International Monetary Fund – were not elected by the voters in the bailed-out countries.

But for Mr. Draghi, democracy has its downside. It means that politicians have to listen to voters and they, too, are saying "Enough." Government leaders who are doing what ECB, the IMF and austerity-mad Germany want them to do are being delivered to the political knacker's yard by the cartload. The upshot? The European crisis will endure, ad nauseam, punctuated by a series of fudges and half-assed fixes designed to buy time. That is, until time runs out and the whole exercise in procrastination blows up like a cluster bomb.

Whether the ECB, the IMF, Germany and the technocrats in Brussels like it or not, austerity is pretty much finished in the euro zone. French president Nicolas Sarkozy, the austerity disciple of German Chancellor Angela Merkel, was sent packing in May, to be replaced by austerity-lite François Hollande. In Greece's parliamentary elections in June, the radical left, anti-austerity (though pro euro) Syriza party emerged as the official opposition.

Throughout Europe, fringe parties that see austerity and the euro as threats to the national good are rising in popularity, among them Beppe Grillo's Five Star Movement in Italy and France's Mélenchon party. Sadly, some of them, like Greece's neo-fascist Golden Dawn, lace their political platforms with heavy doses of xenophobia, but democracy isn't always pretty.

Even Germany is taking a tentative step off the austerity bandwagon. Note that Ms. Merkel and the "troika" – the ECB, IMF and the European Commission – seem willing to give Greece more time to meet its bailout conditions for fear that endless harsh austerity would constitute masochism in a country already crippled by economic depression, mass protests, riots, strikes and 50-per-cent youth unemployment. For his part, Spanish Prime Minister Mariano Rajoy is willing to suffer some austerity in exchange for an ECB commitment to buy Spain's sovereign bonds if yields reach pain thresholds.

Austerity is a not necessarily an economy killer, though it certainly has done more harm than good in Greece. Some austerity is needed because government spending as a percentage of gross domestic product went out of control in many countries during the go-go years of the past decade.

In a recent note published on the Vox.eu economists' site, University of Parma economics professor Francesco Daveri, noted that the 17 euro zone countries collectively increased government spending by 40 per cent, to €4.7-trillion ($6-trillion), since the end of 2001. That took spending as a percentage of GDP to 51 per cent from 47 per cent, way too much now that growth has vanished.

Not surprisingly, the biggest spenders – Greece, Portugal and Spain, up 72 per cent, 56 per cent and 89 per cent, respectively – are the countries on the verge of drowning in their own mud holes. With a 31-per-cent increase in spending, Italy looks remarkably restrained. And not surprisingly, the governments facing the most punishing anti-austerity protests are the ones where the government spending curve went almost vertical in the last decade or so. Mr. Daveri said that austerity policies "are increasingly identified as the eventual reason for the persistence of the crisis and not as an umbrella of protection against it."

As the protests increase, and as small anti-austerity and anti-euro parties become big parties, the spending cuts will inevitably slow down. If they do not, more politicians will find themselves joining the jobless queues.

The euro zone may survive the anti-austerity backlash. What it would not survive is the end of economic reform, from freeing up closed professions to making it easier for employers to hire and fire, to improve competitiveness. It is no accident that the most dysfunctional European economies are also the least competitive ones (in Italy, it takes some 60 permits to open a small shop). Unless markets are liberalized, millions of young jobless people will find no work. Some will get angry and set the streets on fire.

Sadly, the economic reform movement is waning too. In Italy, most professions remain as closed as ever as Prime Minister Mario Monti runs into brick walls of vested interests. Even Germany is pulling back somewhat on the reform front. It is trying to delay the launch of a banking union under the supervision of the ECB, an absolute necessity if Europe is to avoid more banking disasters. The chances that the euro zone project will fail remain exceedingly high. If it fails, at least it will be a democratic failure. 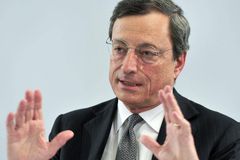 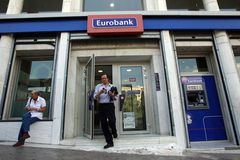 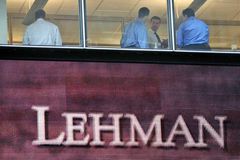 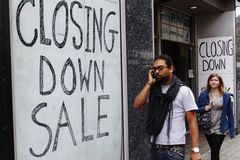