Export Development Canada is opening an office in London and hopes to take advantage of opportunities created by Brexit.

"Some people may be asking why EDC would choose the U.K. at this time. The answer is simple: Where some see risk and volatility after the Brexit vote, EDC sees opportunity," said Mairead Lavery, EDC's senior vice-president of business development.

EDC is a Crown corporation that develops Canada's export trade by providing financial support to Canadian companies and their international customers. The agency is already working with more than 500 companies in the U.K. and EDC has a loan book that is well into the billions of dollars in Britain. Most of the companies are in the transportation, communications and mining sectors.

"My experience is that during times of uncertainties, that is when [export credit agencies], generally speaking, never mind the EDC, tend to shine because we tend to have a longer-term view than the banks," said Stephen Wilhelm, who will be heading up the London office which has been in the planning stages for months. "We don't react, knee-jerk, as quickly to any type of situation that causes uncertainty. So we're seen as a stable long-term source of capital."

He added that the drop in the value of the pound since Britain voted to leave the European Union on June 23 will likely prompt increased interest in the U.K. by Canadian companies and investors. Inquiries to Canadian trade officials in London have already increased since the EU referendum, he said.

Britain is Canada's third-largest trading partner and around $20-billion worth of Canadian goods and services are shipped to the U.K. annually. Canadian firms operating in Britain also generate more than $30-billion in annual sales. EDC has said it expects Canadian exports to fall by around 8 per cent next year because of the uncertainty surrounding Brexit.

The British government has also expressed an eagerness to expand trade ties once the country formally leaves the EU. Currently, all of Britain's trade relations are governed by agreements negotiated through the EU. However, the government has created a new International Trade ministry to begin the ground work on trade deals after Brexit and Canada is seen as a likely early partner.

For now, Mr. Wilhelm said EDC is eager to see ratification of the Comprehensive Economic and Trade Agreement, or CETA, between Canada and the EU. That deal has been in the works for seven years and still requires approval from the European Parliament and EU member states. "The potential impact on the incremental growth both in trade and investment will have an impact on demand for our services," he said.

Britain has been a strong advocate of CETA, but once the U.K. leaves the EU, the deal will no longer apply to the country. Mr. Wilhelm said EDC will wait and see what kind of arrangement Britain and Canada reach but he added: "Any type of trade agreement we view as a positive." Observers have warned that any trade deal between Canada and the U.K. would likely take years to hammer out.

One of the main advantages of coming to London is the number of multinationals that operate out of the city. EDC is hoping to tap into that network to help develop new business relationships for Canadian companies. For example, mining giant Anglo American PLC is already an EDC customer because it buys some supplies from Canadian companies. Mr. Wilhelm said he is hoping to work with the mining company to broaden its supply chain by including more Canadian firms.

"We have the opportunity here to work with institutions that are active in Africa and the Middle East as well the U.K. and Europe," he said. "London will also afford us broader and deeper relationships with financial intermediaries, whether it's the banks, law firms or accounting firms." 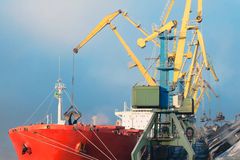 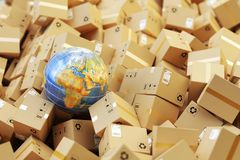