China has warned that demand for steel is falling as the country takes steps to cool its red-hot economy, posing a risk for mining companies plowing ahead with bold expansion plans to increase production of key steelmaking ingredients.

China ranks as the world's largest steel producer, and is also the top consumer of coal and iron ore used to produce it. But industry officials said production will decline in the second half of the year due to weaker demand for flat steel products used to make everything from cars to home appliances.

"The growth of the auto, shipbuilding and engineering machinery sectors is declining, and that indicates demand for steel will drop more," Zhang Changfu, secretary-general from the China Iron and Steel Association told state-owned China Central Television in a report Wednesday.

China is concerned about oversupply after steel production rose nearly 10 per cent in the first half of the year to 350.5 million tonnes, reaching a monthly record in May, just before exports began to fall. Customs figures show China exported 4.29 million tonnes of steel products in June, down 11 per cent from May.

Higher prices for raw materials are partially to blame for falling demand. Coal and iron ore both hit records earlier this year, which in turn squeezed profit margins for producers.

China has raised interest rates and curtailed credit repeatedly in a bid to cool inflation and the country's charging economy. Growth slipped to 9.5 per cent in the second quarter, down from 9.7 per cent in the first.

While China's economy is still performing at near double-digit growth rate so far this year, even a small decline in economic activity has wide-reaching implications for the global economy given the country's status as the world's second-largest economy and the growth struggles experienced by North America and Europe.

If China's caution over steel consumption spreads to other commodities and extends into next year, it could force mining companies to delay projects or pull spending, which is what happened during the global economic meltdown in 2008-09. However, if softer steel demand in China proves to be a temporary hiccup, miners will be even better prepared for a pickup in production with growth plans already in place.

Mining companies are relying on China to keep consuming commodities that help feed its infrastructure build-out. It was China that pulled mining companies out of the recession and into the current period of strong demand and prices for commodities.

Despite an expected pullback in demand from China later this year, miners and many analysts believe long-term demand for steel and its raw materials will remain healthy.

"Demand for iron ore and coal is expected to remain high as emerging economies pursue urbanization. In the short term, however, we anticipate some volatility in demand," Scotia Capital analyst Jackie Przybylowski said in a note Wednesday.

Today, miners are using their excess cash from record metal prices to further grow production, either through expanding operations or buying up other companies.

The steel sector has been particularly hot with a number of deals in recent months. The latest is a contentious $5.2-billion (U.S.) bid by Peabody Energy and ArcelorMittal to buy Australian miner Macarthur Coal, which is coveted for its supply of pulverized coal, a key steel-making ingredient.

Iron ore giants Rio Tinto PLC, BHP Billiton Ltd. and Vale SA are also looking at acquisitions while investing billions of dollars to expand their existing production capacity. For instance, this year BHP approved 11 major projects with a total investment value of $12.9-billion, about half of which were in coal or iron ore.

While ArcelorMittal chief executive officer Lakshmi Mittal acknowledged demand has lost momentum, the company is still expecting profits to be maintained despite a seasonal dip in the third quarter.

Editor's Note: An earlier version of this story attributed Ms. Przybylowski's quote to another person. This version has been corrected. 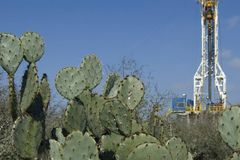 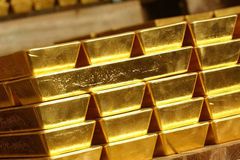