The Group of 20 is rethinking austerity, backing off a commitment to cut budget deficits and constrain debt made two years ago at the group's summit in Toronto.

In Mexico City Monday, finance ministers and central bankers from the G20 said in a statement that advanced economies in the club would "ensure that the pace of fiscal consolidation is appropriate to support the recovery."

Those countries with the "fiscal space" to absorb new spending committed to "support" short-run demand, if necessary. The United States said it would put its budget on a sustainable path, while avoiding a "sharp fiscal contraction in 2013," a reference to a combination of planned tax increases and spending cuts that could cripple the economy.

Advanced countries in the G20 said that by next year, they would set out debt-to-GDP targets that would be met after 2016.

Overall, that's a loosening of the pledge G20 leaders made at the summit Prime Minister Stephen Harper chaired in June, 2010. At that gathering, leaders from advanced economics promised to halve budget deficits by the end of next year, and "stabilize" the growth of their debts by 2016. The 2013 deficit pledge was dropped Monday.

The Toronto commitments were made when it looked like recovery from the financial crisis was assured. The global economy grew 5.1 per cent in 2010, but then stumbled, expanding only 3.8 per cent in 2011, according to the International Monetary Fund. World gross domestic product will increase only about 3.3 per cent this year and 3.6 per cent in 2012, the IMF predicted last month.

For the better part of two years, European leaders struggled to come up with a convincing response to their debt crisis, and only recently have arrived at solutions that non-European policy makers and investors consider adequate.

At the same time, the United States has been gripped by political deadlock, as Democrats and Republicans refused to cede ground ahead of Tuesday's presidential and congressional elections. The standoff has created severe uncertainty, as little visible progress has been made it resolving the "fiscal cliff," a $600-billion (U.S.) combination of spending cuts and tax increases scheduled for 2013 that likely would trigger a recession.

Both issues have been compounded by worries about disappointing domestic demand in big emerging markets such as China and Brazil and spikes in oil prices as the result of political tensions in the Middle East.

The G20 held its last scheduled meeting of 2012 with several high-profile absences, including U.S. Treasury Secretary Timothy Geithner, European Central Bank President Mario Draghi, and the finance ministers of Brazil and France. The U.S. election, and a once-a-decade transfer in China set for later this year, meant the representatives of the world's two largest economies were ill-placed to make commitments. Finance ministers also recommitted to complete an overhaul of international financial regulations, a more significant decision than it might appear because there is some evidence the G20's resolve was slipping.

"The key determinant of the effectiveness of reforms is whether they are implemented in a timely, consistent and complete manner," Mark Carney, the head of the Financial Stability Board of international bank supervisors, said in a letter to the G20.

"In this regard, progress is being made," added Mr. Carney, who is also the governor of the Bank of Canada. "But progress remains uneven and we still have significant work ahead."

Among the regulatory commitments was endorsement of the FSB's plan to target for special treatment banks that are "systemically important" within the borders of individual countries – an effort that could sweep up Canada's biggest lenders.

"It's not anticipated that any Canadian banks will be deemed to be systemically important banks; we won't be on the list," Finance Minister Jim Flaherty said on a conference call after the meeting. "We have strict supervision of our banks in Canada. The whole purpose of this is to avoid a situation ever occurring where Canadian taxpayers would have to bail out a significant Canadian financial institution."

The decision on how to apply the G20 directive on "domestic systemically important banks," or D-SIBs, is being left to national regulators.

A spokesman for Canada's Office of the Superintendent of Financial Institutions said authorities had not come to any conclusions on what to do about D-SIBs.

The Canadian bank lobby called on Canadian authorities to ensure the country's banks are not "disadvantaged" with restrictions that exceed those placed on their international competitors. "It's important that OSFI take into account Canada's circumstances – strongest banks in the world with robust risk management systems and high capital levels – when applying these rules in this country, and to use its discretion accordingly," said Robin Walsh, spokesman for the Canadian Bankers Association. 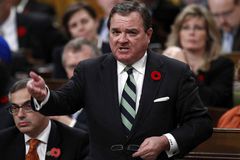 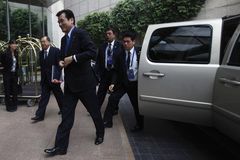 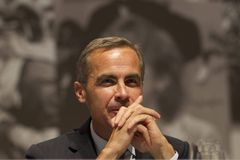