Google is making its grandest overture to the news business yet. Alphabet Inc.'s search giant is providing a new suite of tools to help media publishers grow subscriptions, advertising sales and readership – an attempt to resuscitate an industry it helped decimate. And it includes another shot at stamping out fake news.

Under the Google News Initiative, the company pledges to dole out $300-million to support digital journalism globally over the next three years.

"We understand it's a difficult situation for publishers, driven by the technology changes. They're very fundamental; they are disruptive," Philipp Schindler, Google's Chief Business Officer, said in an interview. "But we're really all in."

The new services, announced on Tuesday in New York, touch nearly every aspect of Google's business and are mainly about keeping publishers on Google's cornerstone property: the web. Subscribe with Google, a new feature, gives publishers data and tools to find, retain and charge subscribers. Google takes a cut, and each publisher using that is also less likely to move deeper into mobile apps, where it has less reach. Boosting the audience for premium publishers also helps Google, which powers most of the banner and video ads online.

"The last thing you want as a search engine is to see the open internet become a race to the bottom," Schindler said. "The economics here are pretty clear: If our partners don't grow, we don't grow."

Google's latest initiative coincides with a backlash against the internet giants that are increasingly becoming global gatekeepers of information. Amid criticism for spreading fake news, Facebook Inc. recently cut news organizations from its powerful newsfeed. Traffic tanked for several publishers, many of whom were already dealing with thinning advertising streams. Several have cited Google's mobile publishing product as superior to Facebook's alternative.

While the search giant itself was once labeled a scourge of the media world, some publishing executives today note a clear departure. "Maybe four years ago, I thought they were trying to hurt the industry," Conde Nast Inc. president Bob Sauerberg said of Google.

Leaders at Google attribute the shift to new leadership. Schindler and Chief Executive Officer Sundar Pichai, who both assumed their roles in late 2015, ushered in a more conciliatory relationship with publishers, said Don Harrison, a longtime executive who oversees partnerships. And he framed Pichai's concern with the state of journalism as a political one.

"He is deeply worried that if those institutions aren't functioning, it has a huge negative impact on democratic societies," Harrison said.

It may help that Schindler, a German-born exec, speaks fluently with some of Google's most consistent critics. Outspoken publishers from News Corp. to Germany's Axel Springer have bitterly complained that Google profits from their journalism. This fall, Google made the unusual move to remove the "first-click free" rule in search that buried paywalled websites. On Tuesday, the company said it will more prominently feature publications people subscribe to in search results, as Bloomberg News reported this month.

Additionally, Google said its search answers will now favor more authoritative outlets for news related queries. So will YouTube, which has been scorched lately for surfacing conspiracy theories. Google is teaming with Harvard University to launch a "Disinformation Lab" to spot fake articles ahead of the mid-term elections.

The tech industry's inability to suppress misinformation has sparked a renewed wave of criticism from publishers. Google set up a similar 150 million-euro ($185-million) fund to support the industry in 2016 in Europe, where it is facing antitrust charges. Rupert Murdoch, News Corp's executive chairman, recently called on Facebook to pay a "carriage fee" for news. Other publishers may be exploring the same option for Google. "'We're not talking about it at the moment, but we like the concept," Sauerberg said.

Google isn't disclosing revenue-sharing terms for its subscription service, but Schindler said publishers get the lion's share. He wouldn't comment directly on Murdoch's proposal. "If publishers are coming in with interesting new concepts, of course we're open to it," he said. 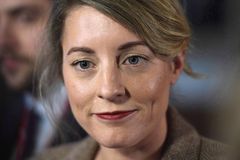